Until something goes wrong with it, most of us are happy to take our brains for granted. Generally they do what they need to and don’t fail us, and as such it’s easy to forget just what an incredible job they do and just what an advanced piece of equipment we are carrying around in our skulls on a daily basis. 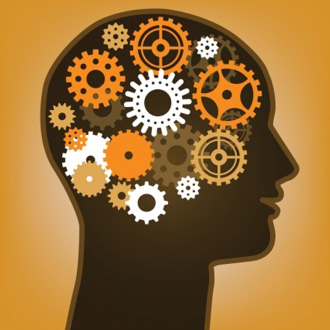 But taking our brains for granted is a mistake, and assuming that they always operate smoothly is an even bigger problem. For while they may do some amazing things, they are also prone to error in a number of situations and these can get us into trouble if we aren’t savvy to them. These little ‘hiccups’ are known as ‘cognitive biases’ and there are a number of them which impede our thinking on a regular basis. Here we will look at just a few cognitive biases, what causes them, and how you can prevent them from breaking your thinking.

Absence blindness is a cognitive bias that affects perception. In this case, the bias causes us to be less likely to spot something that isn’t there that should be as opposed to something that is there that shouldn’t be. The reason for this is simple: you don’t tend to look for things that you assume to be there and things that disappear don’t stand out as much as things that appear that don’t belong. This can be a problem in a range of decision making scenarios however, so it’s important in these circumstances that you use checklists and other tools to ensure that nothing is overlooked.

Contrast effect occurs when you rate something differently due to the existence of a contrasting object. For instance, you might rate the price of a suit as being very cheap if it is placed next to a suit that is much more expensive. This is a phenomenon that many store managers use to their full advantage too and can cause you to underestimate the amount you are spending, or just how hot your shower is. One way to avoid this problem is to write down a few milestones both high and low, and to use these as a basis for comparison when assessing any third option.

Attentional bias refers to our tendency to focus more on stimuli that has greater emotional resonance at the expense of other information that may be relevant. For instance, a criminal might get away with committing a crime if they wear a bright pink t-shirt: witnesses might be so distracted by the t-shirt that they don’t notice any distinguishing features of the perpetrator.

Confirmation bias is a cognitive bias that affects our ability to make rational decisions and conclusions due to a tendency to seek out information that confirms our existing beliefs. For instance, if you believe that Android phones are far superior to iOS phones, then you might avoid reading any positive reviews of the iPhone and instead stick to sites designed for Android fans. This makes you likely to become more and more convinced of your view, to the point where you ignore evidence to the contrary and lose the ability to make reasonable decisions.

In the more immediate scenario, a confirmation bias might lead a scientific researcher to give more importance to evidence that supports their hypothesis versus evidence that goes against it. This is why good science should always attempt to *disprove* the existing paradigm or theory rather than to support it. You should attempt to take a similar attitude with your beliefs and opinions, and should spend time with others who have contrasting beliefs to help keep yourself balanced.

Only as it turns out that’s not precisely true. The reason being that as we gain more knowledge on a subject we can actually end up gaining more of a narrow view of subjects as a result. Someone who is an ‘expert’ in art can’t help but be influenced by all the previous artists that have gone before them, which means they are less likely to come up with something truly original than a relative novice. And an expert programmer may be so convinced that a particular feet isn’t possible that they never try whereas their protégé tries and manages. The solution is to make sure you work with both experts and fresh blood in order to gain both perspectives – and don’t underestimate the advice from those who aren’t ‘experts’.

This is a common and dangerous cognitive bias, especially if you happen to have a soft spot for gambling as the name suggests. Gambler’s fallacy essentially alludes to the tendency we all have to believe that previous events alter the odds of future probabilities.

In other words, the gambler will throw a coin five times and if they land on heads every time then the assumption they make will be that the next throw must be tails. The only problem with this of course is that there’s still the same 50/50 chance there was before. This is something our brains can sometimes have a hard time with, but it’s crucial we ram it home. Next time you make a decision based on chance, make it based on the current odds alone and ignore everything that has gone before.

Have you ever gone to play Mario Kart and then realised you were looking at the wrong corner of the screen? That the character you thought you were driving was actually someone else’s? How long did it take you to realise that you weren’t actually in control (and that your poor Yoshi had been driving into a wall for all that time?).

This is a great example of the ‘illusion of control’, which is our habit of overestimating our control of a situation. Of course this is also something that can be used for ill-ends as a form of manipulation, so if you suspect you might not be in control then do a quick test to ensure you are: take your hands off of that controller!

Loss aversion is an interesting bias that may or may not be logical depending on the circumstances. Essentially what loss aversion boils down to is the simple fact that we tend to be more afraid of losing something than we are excited by the prospect of gaining something. In other words, if you could flip a coin and either win $30 or lose $30 depending on the outcome, you’d probably opt not to do it at all. And if you could flip a coin and risk losing $15 or gaining $30… you might well still opt against it.

This is a good thing if you’re back in the casino, but if you’re in business this can lead to a real risk aversion than might prevent you from truly succeeding. Sometimes chances are good, so perhaps this is one to decide using good old maths rather than your emotions.

In fact this effect goes even further – we are so afraid of losing things that we will actually tend to take risks in order to avoid losing things: which when you think about it is kind of illogical. We will even risk losing $20 in order to save $10 we might otherwise lose.

This is something of a personal ‘pet hate’ for me: the tendency that we all have to assume that things that rhyme are a little more likely to be true than those that don’t. It’s an odd phenomenon and one that is often used in advertising, but remember – anything can rhyme!

We have a tendency to better remember items that are given at the beginning or at the end of a list. This can be used to your advantage when giving news, and it’s why criticisms tend to be delivered sandwiched between positive comments: the recipient will give the first and last things they hear more prominence and so won’t be quite as offended as they perhaps should be. To avoid this, consider writing down the lists as you hear them.