Tetris is a classic game that almost all of us have enjoyed in one form or another at some point in our lives. But is it really enough of a craze to have a whole psychological effect named after it? Well apparently yes, allow me to introduce: the Tetris effect!

What Is the Tetris Effect?

So what exactly is this effect, and what does Tetris have to tell us about the human mind? It has nothing to do with an addiction to the game and there are no AA meetings yet for that particular problem (though I personally believe that’s an area that needs looking into), rather it is what happens after you’ve been playing Tetris for a while and then switch off. Specifically it’s the way you then close your eyes later on and then see the outline of Tetris pieces in front of you (technically these are called ‘tetrominos’ – there’s a useless fact if ever there was one). 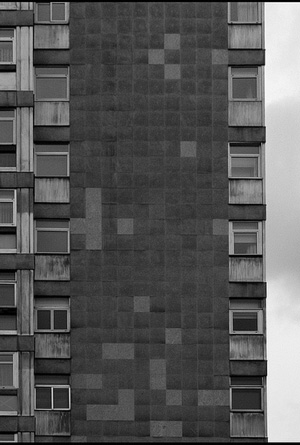 If you play enough Tetris though then it won’t stop there either. You’ll find that occasionally you look down a supermarket shopping aisle, notice the way some cans are stacked, and then find yourself imagining which tetromino would best fit into the empty spaces. In some cases you might even find yourself dreaming about Tetris, or just seeing the pieces in the moments before sleep (hypnagogia).

But the Tetris effect doesn’t only apply to people who play Tetris. Were that the case it would be a very specific phenomenon and hardly worth studying for psychologists. Rather, the Tetris effect will occur with any repetitive task that involves particular movements, shapes or colours.

For instance you might find yourself looking at stacks in a supermarket and wondering precisely where you need to fire an angry bird in order to knock them down. Right now I’m sitting in a café with exposed brick walls and I’m wondering how I could swap those bricks around to make some impressive Candy-Crush-style combinations.

And of course it’s not just computer games either. You can get the same thing from doing electronics a lot, from playing dominos, from playing pool etc.

So what is this behaviour? Why are we seemingly destined to repeat the same tasks over and over again until we go crazy? Well, what you’re actually experiencing is probably a distinct form of memory (Stickgold, 2000) that is similar to procedural memory. We know it’s separate from regular forms of memory because injured patients with no declarative memories can still experience the effect.

What’s going on then instead is that the brain is ‘practicing’ the skills that it thinks it is likely to need during the day. As you are consistently repeating the same tasks, your brain assumes that you are likely to need those skills again. You will form new neural networks by repeatedly using the same skills, and these will then fire and strengthen during the day and night in order to allow for improved performance.

This is good news for Tetris lovers too, because it means that the brain is actually developing to help you get better at gaming. It also demonstrates the profound effect that even seemingly trivial activities can have on us, and shows how important computer games could be as learning tools and even therapeutic aids. Best of all, it was found that playing Tetris could improve mental rotation, special perception and special visualisation. So get looking for that old Game Boy!