‘It’s true what they say about you: you’re a psychopath!’

‘High-functioning sociopath. With your address.’

That’s a quote from a recent episode of ‘Sherlock’ which sheds some light on why the central protagonist acts the way he does. Sherlock Holmes is a cool character for sure, but he lacks some basic faculties that the rest of us consider part of a healthy functioning brain. While Sherlock can remember hundreds of facts in his incredible ‘memory palace’ and can spot things in seconds that the rest of us would miss; he at the same time has no idea how to handle people, has little interest in general knowledge that doesn’t relate directly to the case he’s working on, and shows serious signs of obsessive behaviour. 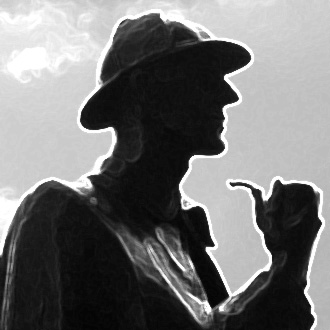 Clearly Sherlock Holmes is not typical in his behaviour, which is what prompts him to suggest in the new series that he must be a ‘high functioning sociopath’.

According to psychologists that probably isn’t what’s going on with him and there’s a good chance he might have misdiagnosed himself. Let’s take a closer look at the evidence. The game is on!

Is Sherlock Holmes a Sociopath?

So if Sherlock Holmes himself is right and he really is a sociopath, what would that entail?

The distinction between sociopath and psychopath is one that’s very slight and that many people disagree on. Though the official line is that sociopaths are not all psychopaths, often the terms are used interchangeably and considered synonymous.

If Sherlock was either a sociopath or a psychopath, that would mean that he didn’t feel any empathy towards others, that he largely didn’t feel emotions himself, and that he was willing to use his charm and his intelligence in order to manipulate others and get his way. Both the sociopath and psychopath enjoy positions of power and are attracted to high salaries and the opportunity to be ‘in charge’.

Generally when we call someone a psychopath we are implying that their behaviour is criminal though this isn’t necessarily a prerequisite for someone to fit the diagnosis. Psychopaths do tend to be more likely to break the law, and generally have more difficulty distinguishing between fantasy and reality. Officially then there is very little difference, but people tend to use psychopathy to describe the slightly more dangerous and unhinged individual.

Either way then, if Sherlock was a sociopath that would mean he had a poor moral compass, that he struggled to understand human emotions, that he was willing to manipulate others to get what he wanted, that he was superficially charming and that he didn’t really form attachments. He would also be more impulsive (prone to gambling or suddenly breaking off social engagements), he would enjoy manipulating others for the sake of it, and he would be prone to aggression.

However if you look at Holmes in any adaptation you will find that he actually has quite a strong understanding of human emotions and that he often uses this understanding in his deductions. Likewise, he might not have many social attachments, but he nevertheless has a few people who are very close to him including Watson, Mycroft and Mrs Hudson. He clearly is capable of being emotionally distressed, and while he tends to be cold in his presentation, there is more evidence to suggest that he simply suppresses his emotions in order to aid in his crime solving abilities.

More likely is that Sherlock Holmes is Aspergic. Asperger’s syndrome is a condition on the autistic spectrum – essentially it is ‘mild autism’. The symptoms include obsessive behaviour, lack of social understanding/emotional IQ, attachment to particular routines, apparent lack of empathy, formal style of speaking, narrow range of obsessive interests.

In many ways this fits with what we know about Sherlock Holmes. This could explain dislike of socialising and his small circle of contacts, it would explain why he was so obsessed with crime-solving and other particular subjects, and it would even give us a reason for his formal speech patterns.

Furthermore, while those with Asperger’s don’t tend to fully grasp emotions in the way that others do, they tend to compensate for this missing innate ability by creating complex models of behaviour which they then use to better understand the motivations of others. This is exactly in keeping with Sherlock’s behaviour and could even provide a believable origin for his ‘Science of Deduction’. Could it just be an Aspergic attempt to understand what motivates people and what they might be thinking?

Unlike sociopaths, Aspergic patients are capable of forming strong bonds with those closest to them and can become very dependent on those relationships. This could also explain some of Sherlock’s abilities in terms of observation and memory too – many people who suffer with conditions on the autistic spectrum will also exhibit various ‘savant abilities’ which typically will include things such as feats of memory or observation. They are also often very good at drawing or playing musical instruments, one more talent which Sherlock shares.

Of course Sherlock Holmes also has a particularly high IQ which allows him to pull off many of his feats of ingenuity and which gives him his thirst for knowledge and experimentation. Often highly intelligent individuals can feel easily bored by everyday life. Sherlock Holmes may use crime solving as a way to cope with his boredom, and this may also be one of the motivations that drives him to experiment with narcotics.

Another highly intelligent fictional character with signs of Asperger’s syndrome is Sheldon Cooper from ‘The Big Bang Theory’. When you compare the two you might notice a number of surprising similarities.