Many people are fascinated with getting a better body, this is because they think it will help them to achieve their goals and get what they want from life (which normally means more money, romance and confidence/happiness). In reality though, if you really wanted to make life better, then you should start by looking at the brain and specifically your intelligence. If you could increase your brain power you would be able to instantly increase your wealth, your success with the opposite sex, your command over your own emotions and much more. It’s the brain that drives the body and so that should be the place to start. Forget curls…. How do you go about getting smarter? 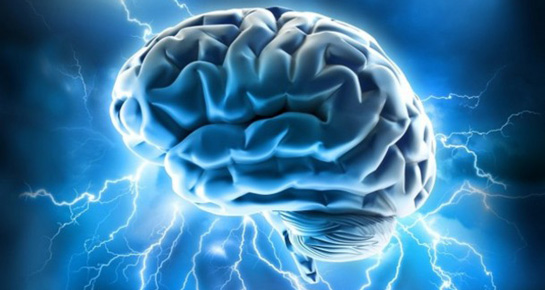 Is it really possible to increase your brain power? Is intelligence even a useful term? And if it is something that you can impact, then just how would you go about becoming smarter? Let’s take an in-depth look and answer that question. This is bodybuilding… but for your brain.

The Nature of Intelligence

Before we begin we must first ask what intelligence is, and whether it’s a useful measure for trying to improve our abilities. For many people the term intelligence is synonymous with IQ. In reality however, IQ is actually rather a poor measure of anything. This is because intelligence is most likely ‘modular’ in nature when you boil it down to the biology.

Put it this way: the brain is made up of various different regions which are largely responsible for specific jobs. One region is more crucial for language, whereas another is more crucial for memory and another is more useful for spatial awareness. Generally our ability in that specific skill can be correlated with the amount of grey matter in that region. The cortex for instance is where much of our ‘higher reasoning’ goes on, and as this is one of the most sought after ‘types’ of intelligence, we might consider someone with more grey matter in their cortex to be more ‘intelligent’ (1).

Einstein himself demonstrates an interesting tendency towards certain brain areas. Specifically, studies on his brain have found that he had larger inferior parietal lobules – areas responsible for spatial intuition and related mathematical skill. Interestingly this correlates with Einstein’s description of his own creative process – in which he described visualising himself travelling on a beam of light say, or would imagine what time would look like were it a dimension of space.

And further in-keeping with this view of intelligence is the fact that Einstein has smaller regions dedicated to language owing to the real-estate taken up by those inferior parietal lobules.

The good news is that the way we can enlarge any part of the brain responsible for specific tasks, is just to practice that particular task. This is particularly well demonstrated by the study in which taxi drivers were shown to have larger areas of their brain related to spatial navigation – practising finding their way around and learning routes eventually led to the related brain areas becoming physically larger and more dense with grey matter (the study is here).

While this modular view of intelligence holds a lot of ground, it’s important as well to recognise that the brain also needs to be able to use the information it’s given, which often means it needs to relay it across different brain areas. This is a result of interconnectedness, which has been shown in studies to also correlate with intelligence (here). This ‘crosstalk’ throughout the brain has even been suggested as the basis for consciousness (2).

Likewise creativity has also been associated with intelligence on a number of occasions, and many suggest that creativity is the result of being able to make ‘unique connections’ which could itself have something to do with cross talk between different neural networks (as you may imagine). In fact studies show this may be the case – with less ‘filtering’ of the signals making it to the cortex being related to creative personalities (here).

Glucagon for instance is a neurotransmitter that can be used to affect ‘long term potentiation’ which in turn refers to the formation and strengthening of connections between neurons over an extended period of time. Dopamine meanwhile helps the brain to focus on things that it deems important, while serotonin aids with neurogenesis.

Two neurons that ‘fire together’ will ‘wire together’. Essentially this means that if you keep seeing the same two things, or thinking about two different topics at the same time, they will eventually develop a connection so that one naturally leads to the other. As you repeatedly fire these neurons together subsequently, that connection will strengthen. This process is aided by the use of neurotransmitters that direct our attention, that tell us what’s important, and that enforce this ‘long term potentiation’.

Now if you’re genetically high in the correct neurotransmitters, you will find that your brain quickly rewires itself to learn new tasks, and at the same time wires itself well between different regions. If you take this malleable brain and put it in a situation that is conducive to learning particular tasks, then it will develop each brain area as well as forming connections between them (note that the brain is more highly plastic when we are in childhood). A combination of nature and nurture results in a high or low IQ.

So understanding all this, how might you go about making yourself smarter right now?

Well one way would be to use ‘nootropics’ or smart drugs. These are supplements that act on the neurotransmitters in order to alter the ‘chemistry’ of the brain.

One example of this would be caffeine. Caffeine decreases adenosine (which makes us sleepy), while increasing dopamine, glutamate, epinephrine, cortisol and serotonin. All these have the effect of ‘lighting up’ our brain so that the neurons fire more, while helping to encourage the development of new neural networks – though not without potential downsides as we develop tolerance. A more extreme example would be Modafinil, which acts on similar neurotransmitters (glucagon, dopamine, serotonin, norepinephrine, histamine, GABA) but to a greater degree. This substance was designed to help treat narcolepsy, but many have begun using it to increase their concentration and productivity. Other popular nootropics include Piracetam, choline supplements or even vasopressin for its role in learning. None is without side effects or risks though, and altering levels of any neurotransmitter will always lead to a cascade of subsequent changes.

Meanwhile, as mentioned, brain plasticity dictates that it is possible to increase the amount of grey matter in any given area through training. Do brain training apps and games work? To an extent – but only in as much as they improve your ability at that given task. When it comes to brain training though, the ‘Dual N-Back’ test is probably the best one to use. More effective would be simply to practice the skill you specifically want to improve on whether that’s doing maths sums or reading comprehension. To my knowledge, there is not yet a brain training game that challenges you to use multiple brain areas at once in order to increase global connectivity.

The combination of nootropics with specific brain training may be one of the more effective ways to improve intelligence in particular brain regions, but again this should be handled with care due to the possible side effects. In the future we will hopefully have nootropics that are far safer, more potent and more precise, but for now it may be better to support brain training with adequate sleep and nutrition (sleep being the very best form of nootropic and a great way to become ‘instantly’ smarter). Exercise can also help to improve learning and memory due to its ability to increase serotonin and thus enhance neurogenesis – the birth of new brain cells.

The future may also hold other exciting possibilities for enhancing intelligence. Using ‘Transcranial Direct Current Stimulation’ (tCDCS) for instance, it will be possible for us to artificially stimulate specific neurons through the use of a wearable ‘helmet’. As stimulating neurons together can increase their likelihood of ‘wiring together’ this could be used to design specific neural networks through the brain. Combined with supplements for increasing brain plasticity, you could see a situation in which learning Kung Fu overnight – as in the Matrix – really might be possible.

The future of intelligence training then is a highly promising one and we are constantly unravelling more and more of the mystery of our intelligence. For now, practice is still the very best way to increase your grey matter. Focus your goals and don’t give up; the mind can be trained just as the body can.