The saying ‘jack of all trades, master of none’ is a well-known expression and one that will come to mind for many of us when thinking about the type of person who has many different pursuits, hobbies and interests rather than focussing on any single one in particular.

It is also a saying that seems to have a somewhat negative connotation. The idea here, is that if you’re someone who can’t focus on one thing, then you must presumably be of a short attention span. At the same time, it is presumed that you’ll never develop your skill in any particular one area to a point of mastery. If you don’t devote all your time and energy to just one thing, then you won’t be able to spend adequate tie in any area in order to get really good at it. The jack of all trades is a drifter, and someone who excels in no area… 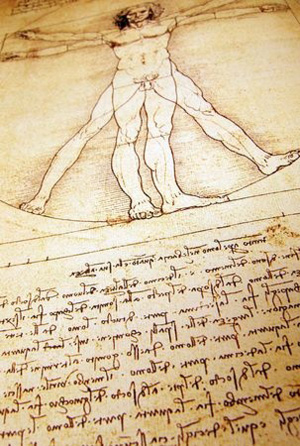 Or at least that’s the popular assumption. In reality though, being a jack of all trades needn’t be a negative thing and in fact should be encouraged. Read on and we’ll look at why this is actually a smarter and more fulfilling way to be.

There was a time when almost everyone was what you would call a polymath – which is essentially the more flattering version of ‘jack of all trades’. This was back during the renaissance when everyone was taking an interest in a broad range of subjects for the first time. There was still much to be discovered, and the upper classes had the time and the resources to devote to researching these topics. This is the environment that created the world’s most famous and influential polymath of all: Leonardo da Vinci. Now nobody would accuse him of being a ‘jack of all trades’ or a drifter/time waster.

So what’s different between then and now? Well on the one hand we have now discovered so much that it’s considerably harder to make a breakthrough in any given field. In Newton’s day (Newton who also invented the cat flap!), it was possible to observe an apple falling and to create a concept of gravity. Now gravity has already been discovered, and exploring physiques means learning all that knowledge that came before and then using highly expensive equipment like hadron colliders in order to learn about the fabric of the universe.

Likewise athletes are at a higher level than they ever have been before, and new inventions are harder and harder to come up with. Then there’s the fact that we typically have less spare time than they did in da Vinci’s time, and that we have far more options in terms of entertainment.

But does that mean you should give up? That you should specialise and dedicate the infamous ‘10,000 hours’ to your given area of interest? Not at all…

Return of the Polymath

Actually, it’s now once again easier once again to become a polymath in many ways thanks to a number of factors.

A big part of this is the internet. Never before have we had such easy access to so much information that we can use in order to learn new languages, new skills or new subjects. Likewise we also have access to information that can help teach us to learn in more efficient ways. Actually ‘accelerated learning’ is a whole topic and something that is gaining more and more attention. Experts on the subject such as Tim Ferriss claim that you can learn a language to a satisfactory degree in actually just a few months.

We are also now living for longer than ever before, and while many of us are rushed off our feet, there are ways to enjoy a quieter pace of life – by becoming an internet entrepreneur for instance.

It’s for these reasons that most of us will no longer have a single career for the entirety of our lives, but will instead change between different jobs. We might transfer some skills and bring them with us, but we’ll still immerse ourselves in more than one ‘world’ and become adept in more than one role.

And if you do decide to strike out on your own and make a business online, then there’s nothing to stop you from making money from a computer program, a digital arts business and a hair dressing company on the side.

Why Be a Jack of All Trades?

So that’s a good explanation as to why it’s now once again more possible to become a jack of all trades. The question that remains is… why should you care?

• It’s safer – If you have multiple skillsets then you won’t be putting ‘all your eggs in one basket’ per say. In other words, if your current industry goes belly-up, then you might be glad you put in those hours to learn how to program…

• It’s less boring – There are few things more boring than spending all of your time working on one project or thinking about just one idea. If you become a jack of all trades you’ll get to immerse yourself in multiple different concepts and this ensures that life never grows dull.

• You can be more successful – Many people think that specialisation is the route to success because it means you can become the ‘very best’ at your chosen activity. This is true in some senses, but not all. If you think about CEOs like Steve Jobs, like Bill Gates or like Richard Branson, then all of them can be considered to be a jack of all trades. Why is this? It’s because their ability to work in different fields is what allows them to control multiple departments, to see links between fields (thus coming up with new ideas) and to generally see the ‘bigger picture’. This is the same in the army – it’s actually where the word ‘general’ comes from!

• It’s good for you – Our brain is designed to thrive when we constantly learn new things. This is what keeps it flexible, plastic and adaptable, and it’s what enables us to prevent age-related cognitive decline. If you want to keep your brain healthy and young then, you need to keep challenging it with new things. Being a jack of all trades just happens to be one of the very best ways to do that!

So there are a ton of great reasons to start learning new things and stretching outside of your comfort zone to become a little more like da Vinci.

To get started all you need to do is to set aside an hour or two each week in order to learn your first new skill. Perhaps you could learn a new language, maybe you could set up your own online business, maybe you could start learning quantum physiques… Just do something that pushes you and teaches you new things and you may just be surprised at the doors it opens and how much you enjoy stretching your grey matter.