If you’re interested in your health, in your happiness, or in your productivity, then there’s a good chance that you’ll have read some self-improvement literature or even have watched some talks on YouTube. This is a highly popular subject and as such, there’s really no shortage of faces popping up online to give their advice on how to be happier, healthier and richer. 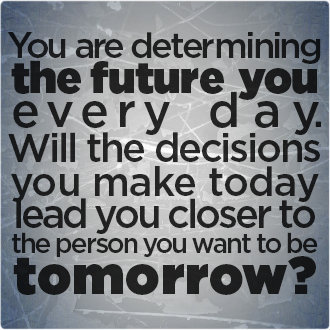 Thus you will likely have encountered some of the same names a few times by now; names like Tim Ferriss, Tony Robbins, Elliott Hulse, Steve Pavlina, Dave Asprey and others. These are the ‘superstars’ of self-improvement and some of the most influential figures in the field. Read on and we’ll take a look at each of them, at what their key messages are, and at whether or not they should be considered a good source of information when you’re looking to improve your productivity, fitness, happiness or anything else.

This dissection is important, because while many of these guys have a lot of useful information to share, listening to the wrong people about the wrong things can potential be destructive or even dangerous.

Tim Ferriss is most famous for his books The 4-Hour Workweek, The 4-Hour Body and The 4-Hour Chef. Each of these books deals with a different subject (work productivity, fitness/health and cooking/learning), but they have a similar theme running through them. That theme is: maximising your efficiency and effectiveness such that you can do more in less time. In the first book this applies to work and the central conceit is that by spending less time doing things like answering e-mails, you can reduce the amount of time you spend working and have more time to spend with your family. That, or you could do more work in less time and thus complete more overall and increase your profits. Often this advice ultimately boils down to the ’80-20 law’, which states that in most situations, 80% of your profits come from 20% of your efforts.

The 4-Hour Body meanwhile demonstrates a simpler diet (slow carb) and easier training routine based around using the ‘minimum effective dose’ (MED) for stimulating muscle growth and triggering fat loss. The 4-Hour Chef is a somewhat more ambitious book that focusses on accelerated learning. The aim of the book is to teach you to cook, and through that, to show you how to learn new skills in less time by dissecting the learning process. A lot of Tim’s advice across all the books is underpinned by philosophy and he is responsible for kick-starting a number of recent movements, from the ‘self-tracking’ trend, to the ‘lifestyle design’ concept.

As well as these books, Tim Ferriss also runs a very popular blog and podcast and is generally a very down-to-Earth and entertaining guy in any medium. Some of his ideas are a little controversial – as are his claims – but usually when you actually try the strategies he recommends, you find that they do in fact work. And besides, Tim is constantly reminding us that not all his strategies will work for everyone and that we need to test them for ourselves. Ultimately he puts out a ton of high-quality content, a lot of which is completely free. This is a good one to watch.

“To enjoy life, you don’t need fancy nonsense, but you do need to control your time and realize that most things just aren’t as serious as you make them out to be.”

Dave Asprey is the owner of ‘The Bulletproof Exec’. This is a website that provides productivity and health advice for busy executive types who want to become ‘bulletproof’. He also runs a popular podcast where he interviews a lot of very accomplished folks. Perhaps his biggest claim to fame though, is his ‘Bulletproof Coffee’. This is a coffee recipe that involves adding a large wad of butter to your coffee along with coconut oil. The idea is that we don’t get enough saturated fat, and that coconut oil is a great source of energy – particularly for the brain. It’s also recommended on his site as a meal replacement.

The sceptical might suggest that Bulletproof Coffee is something of a marketing strategy aimed at selling his branded ‘Upgraded Coffee’ – which has certainly been very successful if that is indeed the case. Likewise, not everyone is completely behind the idea of consuming so much butter with their coffee. Dave Asprey also recommends eating large amounts of salt and supplementing with vitamin D. While these ideas are founded in recent research, he does appear to get rather ‘carried away’ with such advice, forgetting that you can always have too much of a good thing.

This is perhaps best exemplified by his whole-hearted recommendation of Modafinil as a brain-enhancing nootropic. Modafinil is actually a medication designed to treat narcolepsy, and while it doesn’t have any known side effects, it also hasn’t been thoroughly tested in the long term. Dave Asprey is interesting reading, but he should also be taken with a pinch of salt (though not the bucket of salt that he recommends).

Steve Pavlina runs a blog called ‘Steve Pavlina.com’ with the tagline ‘Personal Development for Smart People’. His posts range in subject covering everything from productivity, to diet, to relationships and tend to be very in-depth and very engagingly written.

On the downside, Pavlina does also have some somewhat ‘out there views’ which seem to interfere with his more well-reasoned ideas. He is a big fan of a vegan raw-food diet for instance, which is not generally encouraged by the scientific community and certainly isn’t going to be a good fit for everyone…

Steve seems to have followed a similar pattern to many self-improvement ‘gurus’. He started with some basic and helpful advice, but somewhere went a little too far off the deep end…

Tony Robbins is one of the best known personalities in self-development and also one of the first well-known examples. His career is not primarily web-based – being more generally focussed around seminars and workshops, though he does also have a strong online presence.

Among Robbins’ teachings is a lot of focus on visualisation and positive thinking. To some this might constitute ‘woo woo’ and his recommendation of the alkaline diet certainly doesn’t help this view. Robbins is no stranger to controversy either, having been taken to court by his franchises for misrepresenting earnings and also receiving negative media attention following a fire walking event that led to multiple burns…

Regardless of these downsides, Robbins is undoubtedly a very gifted speaker and motivator and has given great talks at TED and other high-profile gatherings. One to watch when you need a pick-me-up, but perhaps not the best source of practical advice.

Elliott Hulse runs ‘Strength Camp’, which is a gym as well as a brand throughout which he promotes strength training and general health and fitness. He is best known for vlogging via YouTube, where he discusses a range of topics. He also has another channel called ‘Non-Jobs’ where he discusses setting up passive income streams.

Again, Elliott appears to be getting a little more eccentric with age, emphasising more and more a lot of his theory on ’embodied cognition’. He constantly discusses how the body dictates the mind, through body language, hormones and health. He certainly isn’t wrong, but the argument could be made that he is focussing on this to the detriment of practical and actionable advice.

For a long time his most useful content was his ‘Yo Elliott’ series of Q&As from followers, but unfortunately he seems to have stopped posting those at least for the time being. A lot of his videos are now little more than filmed workouts. He definitely has some good content, but you’ll have to do a little bit of digging and excuse the eccentricities.

“It’s not about what you get, It’s about who you’re becoming.”

London Real is the name of a YouTube channel and website run by Brian Rose. This channel is somewhat different in that it focusses much more on interviews rather than generating content and has featured such people as Dave Asprey and Tim Ferriss among various other biohackers and self-improvement gurus.

Is London Real a good source of information? Well, while the interviews are often in-depth and feature a range of high profile guests, the views of the hosts do also come across and these aren’t necessarily always the most constructive.

In general, the channel has a very anti-government and ‘pro drugs’ vibe. While your political opinions are entirely up to you, conspiracy theories perpetuated on the channel occasionally certainly aren’t constructive and helpful. Likewise the open use and admiration of mind-altering drugs is potentially dangerous and very unsettling.

Again, this is a channel worth watching for the good bits, but make sure you have fully engaged your critical mind.

Pat Flynn is the owner of ‘Smart Passive Income’, a blog and podcast that focusses on earning money online through passive means such as selling apps or running blogs. He is essentially a human guinea pig in this field, constantly testing out different strategies and approaches for making money online and then publishing his results. One of the very best things he does is to publish his full, monthly ‘income report’ where he breaks down how much he has earned from each of his various ventures and provides commentary. For those hoping to earn money online this is very inspiring and encouraging, and assuming his reports are genuine and accurate, then he has a real talent for what he does.

And just to be clear: there is no reason to suspect that these reports aren’t accurate. Unlike a lot of the gurus mentioned in this list, Pat Flynn appears to be a genuinely conscientious and upstanding individual with no apparent ego. This comes through in his podcasts and writing and creates a lot of good will making his content all the more entertaining and readable.

So there you have it: some of the best-known self-development gurus on the web and a little introduction to their ideas and teachings.

The point to take away from this is that all of them have their moments and things you can learn from. At the same time though, none of them are infallible and a lot of them have a tendency to get a little eccentric. Watch, read and learn – but always keep a critical mind and don’t follow any advice without first doing your own research.