Sleeping is something we all do – and in fact most of us will spend around half our lives doing it. It’s pretty much ubiquitous then and rather fundamental. Yet despite this, we still know surprisingly little about it or what it’s for.

That said, what we do know is that it’s very important. And if you were to ever stop doing it altogether, you’d be in for a world of trouble. In fact we know precisely what would happen to you if you were to stop sleeping completely. So what happens to you after your first night of not sleeping? And what would happen if you never went to sleep again? 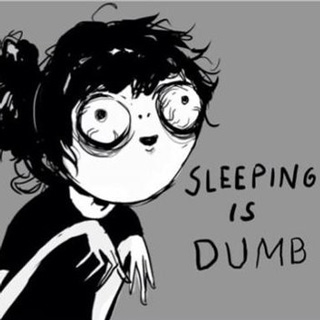 If you were to stop sleeping completely and permanently, then ultimately you would die in the space of a few months. We know this because it’s something that some people have done due to a condition called ‘fatal familial insomnia’. This is an incredibly rare hereditary illness in which the affected individual will suddenly lose the ability to sleep completely. And as the name suggests, the condition is fatal.

In fact, even if you sleep just a little less on a regular basis, you’ll find that your life expectancy decreases and you’ll be at an increased risk of depression, diabetes, cancer and brain disorders. Those who sleep 6-8 hours a night for instance have been shown to live longer than those who sleep less. On the other hand, excessive sleep can also cause cardiovascular disease and depression.

Assuming you don’t have fatal familial insomnia though, and you decide to stop sleeping right now for a while, what would happen to you in the short term?

Well after your first night of 0 hours sleep, your mesolimbic system will be stimulated and will begin producing dopamine. In turn this will result in more energy, positivity, sex drive and more – quite the opposite of what you’d expect from a lack of sleep but also quite useful if you’ve been forced to pull an all-nighter because you have an exam or because you’re a cave man on the run from a pack of wolves…

But while that might sound appealing, things don’t stay quite so positive. Shortly, your brain will start turning off the regions that are used for forward planning and decision making – the higher brain functions that reside in your prefrontal cortex. This has a similar impact to being drunk and is likely to trigger more impulsive behaviour.

Next your perception and your reaction speeds would slow down as a result of physical and mental exhaustion. This is why driving can become dangerous, but as you’ll lack the forward planning skills to know that it’s a bad idea, you could end up getting into a car anyway… You see that the parallels with being drunk are actually quite apparent.

After the first full day, your body would start to shut down some more important physical functions. It would lose its ability to properly metabolise glucose for instance, which would result in your body having even less energy and you might start looking and feeling a little pale and ill. Your immune system would also be gradually getting less efficient, resulting in an increased chance of contracting a cold or a flu, or of coming out in a rash of some sort.

One of the important roles of sleep that we do know about, is that it puts our body in an ‘anabolic state’ where it produces more testosterone and growth hormone helping us to grow muscle, burn fat, heal wounds and fight off illnesses. Without this important chance to rebuild, you would quickly start to notice signs similar to malnutrition as it affected your hair, skin and nails. You’ll quickly develop bloodshot eyes and more lines and wrinkles on your face and studies have shown that people are perceived as generally more beautiful when they get more sleep. So the term ‘beauty sleep’ is actually pretty apt.

By day three it’s relatively common to start hallucinating – though this can actually start to happen before this point. These hallucinations can be visual or auditory in nature and can contain all kinds of strange imagery as your dreams essentially start encroaching on your waking hours.

This is essentially a result of the brain being starved of ‘REM’ sleep. This is the point during sleep where the brain is highly active and when we are most likely to start dreaming. What’s interesting is that scientists still don’t really agree on the purpose of REM sleep, and yet it has been shown to be entirely critical to our health and wellbeing. So much is this the case in fact, that if you were to have normal sleep without any REM stages, you would still be likely to die. It seems that this is the crucial ingredient of sleep and that may be why the brain tries to ‘force’ it even when you’re staying awake.

(Author’s note: I have twice stayed awake for over 24 hours and both times I experienced some sort of hallucination. The first time I decided I had ‘forgotten how to eat’ and stared at a plate of sandwiches nonplussed for about 10 minutes, and the second time I thought I saw an owl in a public toilet…)

As I stated at the start of this article, if you were to stop sleeping indefinitely then you would die after not too long. Actually the life expectancy for someone diagnosed with fatal familial insomnia is around 18 months, but that’s assuming that the condition will worsen gradually and that they will be able to get relatively normal sleep for at least the first few months. However if you were to go to sleep before that point, interestingly there would be no long term health effects. The longest someone healthy has been recorded as going without sleep was 11 days – or roughly 264 hours. That person was fine after a good night’s sleep.

Also interesting is that when you’ve been awake for 264 hours, you still only need around 12 hours of sleep to get back to normal. In other words, there’s no need to ‘make up’ for lost time and there’s no apparent ‘cumulative’ damage from being awake that long. That said, one of the later symptoms of fatal familial insomnia is dementia, so it may be that with enough time you would see some permanent signs of cognitive damage in those who went without sleeping.

So in conclusion then, if you were to stop sleeping right now then you would find your mood increased initially, but that you then lost the ability to plan in the long term and your reactions would slow. You’d then start to feel exhaustion and your hair, skin and nails would start to show signs of wear and tear. You’d be more likely to get ill and your cuts and bruises would stop healing, but as long as you got to bed within a few weeks you’d eventually get back to normal.

What’s much more important is the quality of your sleep over the long term – so make sure you’re getting plenty of high-quality sleep on a regular basis and you’ll notice significant improvements in your mood, health and even your looks!