An ability to clap along with a piece of music is one of those skills that most of us take for granted, without really stopping to think about. In fact though, this ability is reliant on a number of other crucial cognitive functions and is somewhat mysterious in terms of its origin and purpose. It’s also not ability that everyone shares: beat deafness is a real condition that leaves the afflicted completely unable to sense or hear rhythms – and as a result, unable to dance or clap along with any given piece of music.

Where Does Rhythm Come From? 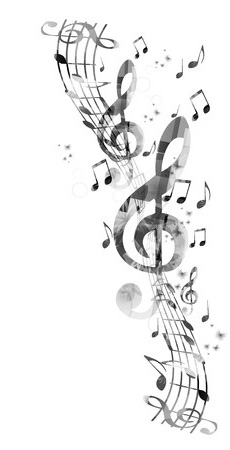 There are many theories as to where our sense of rhythm originally comes from and what purpose it might serve. In the television series How Music Works, Howard Goodall postulated that human rhythm may stem from the regularity of our footfalls when we walk and of our own heartbeats. That said though, the heartbeat generally does not maintain a consistent beat, so this might not be a particularly useful explanation.

Another theory is that our sense of rhythm is linked directly to our ability to perceive time (1). Time perception is highly important for our survival ability, considering that it enables us to predict and anticipate future events and position ourselves accordingly. Whether trying to catch prey or evade attack, being able to calculate how long something will take, based on its current speed, may mean the difference between life and death.

Then again, it’s also true that a sense of rhythm in itself might have survival value. We can see this when playing a computer game that requires us to make timed jumps. Rhythm may also aid communication and facilitate rapport and mating. In one interesting study in fact, it was found that training a sense of rhythm alone could improve tennis performance by increasing the number of strikes that connected with the ball (3).

In terms of brain areas, the left auditory cortex is often associated with the ability to identify rhythm, though this line of enquiry focusses primarily on auditory perception. It has also been shown that relevant areas of the brain light up depending on which type of stimuli you are perceiving: focusing on visual stimuli for instance causes activity in the visual cortex. This suggests that in some cases, timing and rhythm may be down to the ability to visualize and thus predict how long something will take.

Then again, in one study it was found that rats would retain some ability to judge timing, even with their entire cortex removed (4). This suggests that some sense of timing and rhythm is likely an innate and unconscious process.

As ever, our ability to perceive rhythm is likely the result of many brain areas working together. Either way, it has clear survival advantage which is likely what lead to its development in the first place.

How to Improve Your Sense of Rhythm

With the importance of rhythm established, the good news is that it is possible to train this ability. Most commonly, this process involves the use of a metronome, with subjects attempting to tap along with the beat. A test called ‘The High/Scope Rhythmic Competence Analysis Test’ looks at how close your taps are to this rhythm and can thereby measure progress. Similar tests and challenges can be found online and attempting these might be a useful tool for training and measuring your performance over time. Likewise, simply tapping along to a metronome on your own can also be a useful exercise.

Computer games might also be helpful. Specifically, games that involve immediate feedback for performance on rhythm based tasks – the most obvious being Guitar Hero or other music games. Skipping rope, or even attempting to jog with a very precise cadence is also sometimes advised for athletes and boxers in particular.

Finally, learning to play instruments is also a well-established way to enhance rhythm and may have other benefits as well (5). The take home message? If you want to be a better athlete, it may be time to learn to play the drums!