Nobody enjoys getting older and there are a huge number of changes that occur throughout the body that make it difficult. While the aching joints and hair loss are irritating though, no change is quite as distressing as the effect aging has on the brain. As you grow older, you’ll often find yourself becoming more forgetful, more easily distracted and less able to sleep through the night. You may become grumpier and you might find that your enthusiasm for trying new things gets lost somewhere along the way. 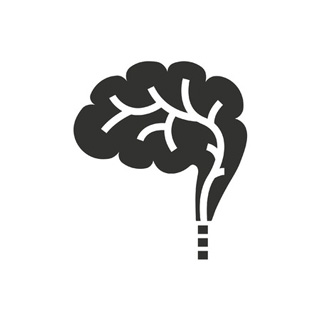 Not only can your mental faculties leave you but your entire personality seems to change. And I’m not just talking about people in their 80s – a lot of this starts to happen when we’re still in our 30s and 40s!

So what causes this and what can be done about it? As it happens, there are a myriad of different things going on here that cause the brain to lose its youthful vitality. Fortunately, there are also a number of different strategies you can use to turn back the clock and prevent further damage.

One of the main complaints you might have as you get older is a lack of energy. Remember when you were in college and you could go out drinking every night and still wake up feeling fresh the next day? Remember when you’d go out three or four times a week?

Or how about you think back further to when you were a young kid and you seemed to be constantly running around and never want to sleep? How times change, eh?

While there are many things that cause this, one of the key changes is to the mitochondria. The mitochondria are the small ‘energy centers’ of the cells that help the body to convert glucose into ATP which it can use for energy. When we’re younger, we have more mitochondria and they perform more efficiently. The older we get, the more this number is depleted and the more tired we feel. A lot of people suggest that this difference in energy may be the main cause of reduced energy as we get older. This also affects the brain, seeing as our brain cells also use those very same mitochondria.

So how do you get those mitochondria back? One option is supplementation. There are a number of different supplements that have been shown to improve mitochondrial function and count. These include PQQ, lutein, l-carnitine, CoQ10 and a number of others.

What can also help is exercise. Any kind of exercise will improve the function of your mitochondria but one particularly effective form of exercise is HIIT – or High Intensity Interval Training. This type of exercise involves alternating between periods of intense activity (such as sprinting) and light activity (such as power walking, or lightly jogging). Intense activity is at close to 100% of your aerobic capacity and lasts a minute or two, the light activity lasts longer and gives you a chance to recover.

Another thing you may have noticed as you have gotten older is that your mood takes a turn for the worse. The ‘grumpy old man’ is something of a stereotype these days and in many cases it’s accurate.

This is actually caused by something called ‘ADAM’. Not a name I particularly appreciate seeing as it’s my name… But anyway, ADAM stands for ‘Androgen Deficiency in Ageing Men’. As the name suggests, this describes a reduction in androgen (male hormones) as men age. Hormones such as testosterone are depleted and that can have negative impacts on the health as well as the mood in particular.

Too much testosterone is actually associated with bad moods as well, which is where ‘roid rage’ comes from. In the case of low testosterone, the opposite is happening but the result is the same – the mood fluctuates and you end up telling people to get off your lawn/complaining about ‘kids these days’.

Low testosterone also causes men to lose their drive and motivation and can reduce aggression in a negative way. There are several supplements out there which can increase testosterone, such as forskolin and ZMA. The benefits of these are minimal though, so if you notice the symptoms of low testosterone are very severe, it’s better to consult with your doctor and to consider using HRT (hormone replacement therapy).

Likewise, a number of lifestyle changes can once again improve this aspect of your mental health. Getting more sleep, working out and eating foods that contain saturated fat can all help (steroid hormones like testosterone are actually made from saturated fat).

Other neurochemicals also get depleted in older men and women though too. One example is dopamine, which is the neurotransmitter associated with attention, memory, learning and reward. It regulates the ‘anticipation of reward’ which is what makes us focus when we’re working or when we’re learning.

Dopamine is also correlated with BDNF or Bran Derived Neurotrophic Factor. This substance, along with nerve growth factor, helps to regulate brain plasticity and helps the brain to learn, adapt and grow.

So how do you get these neurotransmitters back up to healthy levels? There are numerous options again. One is to consider using nootropics (brain enhancing supplements) such as galantamine and Piracetam which increase levels of acetylcholine. Dopamine can be increased through l-tyrosine as well as caffeine. Eating a healthy and balanced diet is also important here. In particular, it’s key to ensure you are getting all of your amino acids as these provide the building blocks for many of the most important neurotransmitters.

Another thing to consider is that the brain can become damaged over time through the simple process of aging. Free radicals for instance cause the oxidation of cells, reacting with cell walls into breaking them down and eventually causing mutations.

The best way to prevent this is to make sure you get plenty of antioxidants in your diet. These work to combat free radicals and protect the cell walls, keeping your brain cells healthier for longer.

Also important as you get older is to protect against the causes of dementia. Several supplement and nootropics such as caffeine and omega 3 fatty acid have protective effects against Parkinson’s disease and other neurodegenerative diseases.

It’s important to avoid excess alcohol which damages brain cells and may lead to Korsakoff’s syndrome or alcohol induced dementia. Stress can also cause damage to the brain over the years and it’s worth using CBT or meditation to try and keep this under control if you want to maintain optimum brain function into older age.

It’s important to recognize though that not all of the brain changes that occur in old age happen from the ‘inside out’. Just as important is the way you act and behave which in turn impacts on the neurochemicals being produced in the brain. As mentioned, being stressed a lot of the time can cause damage to the brain through the release of neurotransmitters that have wide ranging impacts.

Likewise, it’s very important to keep learning, to keep experiencing new things and to keep socializing and challenging yourself. This is one of the biggest reasons that our brain function declines as we get older; we stop using it.

An extreme example of this is the old man or woman who has lost confidence and who now confines themselves to their room and rarely goes out or interacts with anyone. They end up getting set in a routine and become increasingly stressed at the thought of going outside or doing new things. They don’t learn new things, they don’t challenge themselves and so they stop producing the chemicals in the brain needed for the growth of new neural pathways.

But even if you don’t shut yourself away from the world, the simple fact that you’ve gotten older, means you’ll find the world less novel and less challenging. If you hold the same opinions, you’ll find it harder to form new ones. As you’ve seen most things in your local area, you won’t learn any new routes or directions. If you’re doing the same job you’ve done for the last 20 years, you won’t be forced to adopt any new skills.

Again, this makes it harder and harder to adapt, change and learn and the result is a widespread downgrade of your cognitive functions. The brain, like the rest of the body, is interested in efficiency. If you’re getting by on just a few skills, you’ll lose the ability to use others.

That’s why it’s so important to stay curious and to push yourself out of your comfort zone. Socialize with new people, learn new sports, languages and hobbies and read as much as you can. Computer games are actually a fantastic tool for this as they force you to learn new rules, to focus hard and to pick up new motor movements.

Avoid repetition and ‘comfort’ where possible. The tireder you get, the more tempting they’ll become. But once you give in to the temptation to shut yourself away, you’ll find that your brain starts to shut down. You’re not as young as you feel, you’re as young as you act.

And exercise and balanced diet don’t hurt either!