Remember back to high school how much it hurt when you didn’t get an invitation to the party?

Or just how big a deal it was when you saw your friends drive past you to the mall and you never got the memo? (Okay, I may watch too many High School movies). 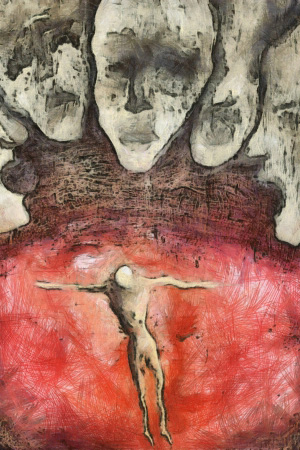 There’s actually a very good reason for this: during our teenage years, the part of our brain that is responsible for our social intelligence has a kind of ‘growth spurt’ that gets ahead of our prefrontal cortex and other ‘reasoning’ centers. In other words, we become sensitive but don’t have quite all the faculties necessary to deal with those complex emotions.

Where Feelings of Ostracism Come From

Human beings are highly social creatures. Like dogs and wolves, our social hierarchy is important for our survival and our ability to pass on our genes. Being distanced from a group would have made us vulnerable to predation during our evolutionary history and this fact alone means that an aversion to social ostracism would have had survival value.

And it also makes sense for other reasons. For example, we actually use social cues in order to understand a person’s power and importance in a group. When looking for a mate, we will look for someone who has a higher social standing because that suggests that they will have greater access to resources and will likely have superior genes.

Social ostracising does not only leave you vulnerable and isolated – it also undermines your social standing and sends a powerful signal to others in the group that you are unimportant. This reduces your chances of finding a mate, or of having any influence over the actions of your group going forward. This is also why rumors can be so damaging and why we feel embarrassment when we do something that is viewed as being outside of social norms.

How Ostracism Affects Us Psychologically

Intellectualising the idea of social ostracism is one thing but there are also simpler explanations as to why this experience is so painful.

For one, being ostracized means missing out on the fun activities that we imagine the group to be engaging in without us. It is human nature to want things that we cannot have and as soon as we’re denied participation in some kind of event or activity, we want to engage in said event or activity all the more.

When ostracized from a group, it is also likely that you will take it as a personal insult. The question will be what we did wrong to deserve this, or why we don’t fit in.

There’s also the frustration that comes from being unable to express your feelings. When you’re in an argument or even on the receiving end of verbal abuse, you at least have the ability to respond in kind and to express your feelings. When you have been left out of an activity however, the very people who have made you feel that way have made themselves unavailable – so you cannot tell them how you are feeling.

The Repercussions of Social Ostracism

For these reasons, early humans who developed a strong need to belong would have had more success in surviving and in passing down their genes, continuing that personality trait. Today, our need to belong to a group is so strong that social rejection actually causes symptoms that are similar to physical pain (1). It has even been shown that ostracism at a young age can be severe enough to cause serious cognitive impairment – even affecting the hormonal system and leading to an increased likelihood of substance abuse.

What also doesn’t help matters, is that ostracism is often directed towards those with cognitive or social disabilities to begin with. Those who display autism, hyperactivity or ADHD are more likely to be ostracized during childhood.

Ostracism itself might in fact serve an evolutionary purpose. Although it is not nice to think about, there is survival value in casting out those who might attract other predators, who might cause social disorder, or those who might be carrying contagious disease. This is the basis for ‘convergence and divergence’. Groups have a tendency to become increasingly alike within the group and increasingly different from other groups. Those who do not fit the mold are ostracized. This is how ‘cliques’ form in the workplace and in the education system.

What’s important to recognize though, is that this is not only bad for the individual but also for the larger community. Those who are ostracized are more likely to act violently toward the group and in one well known analysis of US school shootings, it was found that continuous exclusion from group activities was often among the major contributing factors (2).

This is something that is often seen in politics as well. Those who are shut out and who feel that they are ostracized from making key decisions or attending important events will often go on to form their own opposing parties, or to attempt a coup from within.

This is why Mussolini believed in a processed called ‘Trasformismo’. If he had a particularly vocal opponent within his political party, then he would not make the mistake of ignoring them, or of giving them an unimportant role. Rather, he would give them more responsibility and he would ask for their opinion more often. This would make an ally rather than an enemy and ultimately it was much better for his position of power.

What to Do With This Information

So next time you witness someone being ostracized within a group, consider the implications for them and potentially for the rest of your colleagues or friends. Perhaps extend an olive branch. And make sure that you are not guilty of initializing this behavior, as it is likely more destructive than you imagine.

This is also something to keep in mind when ‘punishing’ a child using the silent treatment. They are unlikely to understand why they are being left out, only to feel the intense and crushing sadness that we all experience when ostracized – sadness that could end up damaging their self-esteem, their cognitive ability and more.

What about when you are on the receiving end? How do you deal with being ostracized yourself?

One tip is to try and intellectualize the experience. Remember that the way you are feeling is not necessarily logical – but that it is simply a natural reaction to being left out.

And there’s a good chance that this is not personal at all. In fact, you may find that you are being ostracized purposefully by a member of the group who finds you threatening. If you are challenging someone’s status as leader of the pack, they might attempt to undermine you by ostracizing you.

The best thing you can do is to move on and focus on other groups and other friendships. We are no longer pack animals with tight nit groups of friends – the internet and travel means that most of us have friends all over the country and all over the world. Try to cultivate multiple groups of friends and multiple social groups and that way, you will always have other options when you’re left out.