Geopathic stress is a type of stress that allegedly comes about as a result of the environment. This is not the same as stress that comes from heat, from cold or from living in an untidy environment though. Rather it is stress that comes from the geography of your house and the way that it is arranged. What also sets it apart from these other types of stress, is that it’s somewhat more esoteric and thus should be taken with a very big pinch of salt. 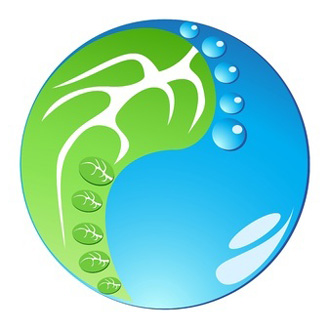 Geopathic stress is a pseudoscience that is not backed up by evidence and closely connected to feng shui. The idea behind this concept is that your house might have a particular ‘earth energy’ that could ‘weaken your health’. Very few doctors or psychologists take this concept seriously and in light of a lack of evidence – neither should you. There’s no harm in feng shui if you are a believer but if you are suffering from chronic stress or illness it’s unlikely that geopathic stress is the cause and there are certainly better places to start when trying to address the problem. A believe in geopathic stress in itself is harmless, until it causes someone to avoid finding proper treatment for a health problem that poses a serious risk to them.

How Does Geopathic Stress Work?

The idea behind geopathic stress is that Earth energies are different depending on where in the world your house is located and that this can then weaken your immune system. A proponent of geopathic stress might tell you that repeated problems with your health or general stress could indicate geopathic stress. They might then inform you that your house could be over the top of a river or a fault line and that you are thus picking up ‘vibrations’ from your home. This is very unlikely and they won’t provide any evidence of such a problem other than your illness (which couldn’t possibly have a simpler explanation…).

If it is found that your home is suffering from geopathic stress then an expert might recommend ‘dowsing’ to protect yourself. Dowsing basically means using things like pendulums or other hanging objects that you can hold in your hand and then ‘asking’ the pendulum to swing in particular directions to give you a yes or no answer. You can then ‘ask’ your pendulum things like ‘should I go with this floor plan’ in order to apply effective feng shui to your home and thus correct any negative energies that might be coming from geopathic stress and making you ill. Obviously you need to first identify which direction is ‘yes’ and ‘no’. Why not try asking your pendulum if this geopathic stress malarkey isn’t just a load of crock?

As you can imagine, there is absolutely no evidence for dowsing either. What we do know, is that it’s very easy to mistake tiny contractions in the muscle that generate swings to be evidence of real mental powers. If you hold a piece of string in your hand tied around a pebble, rest your elbow on the table and then ‘will’ the pebble to swing – it will. This will seem amazing at first, until you look at your own hand and notice that it’s moving slightly. This trick is often used in psychology classes to get the attention of students – and it’s even possible to get the pendulum to change direction, draw circles or come to a halt without realizing you’re doing it.

According to some websites, Leonardo Da Vinci is among the ‘many’ famous figures who are ‘known’ to have used dowsing. While it’s very unlikely that this information is accurate, it’s always fun to see how websites claim that just because one historical figure did something, that means that everyone should!

The Potential Merit in Geopathic Stress and Dowsing

While geopathic stress as described in feng shui is undoubtedly a bit of nonsense, there’s nevertheless an argument for some of these ideas being analogous at least for some real world situations.

For instance, while stress is unlikely to come from vibrational energies in the Earth in your home, it is possible that your interior design could be making you feel somewhat stressed. If you are at all OCD then you will no doubt be familiar with this idea: perhaps you find it impossible to sleep in any room where the pictures aren’t straight on the wall, or perhaps you find yourself constantly arranging and rearranging the cutlery by your plate.

In these sorts of situations, the geometry of the area is what’s stressing you out and one potential explanation is that the brain likes things to be symmetrical, parallel and adjacent because it’s easier to understand. Our brains automatically look for patterns to help us navigate our environments and the various situations we find ourselves in and when table mats and picture frames are wonky this makes the patterns much harder to spot. This is one way in which something similar to geopathic stress could be causing a little anxiety.

As for dowsing, the fact that it is you subtly moving the pendulum could potentially mean you’re able to let your unconscious guide your decision making process. If a slight vibration in your hand tells you not to put your couch by the window, then maybe on some level you didn’t like it there. Of course that’s just a theory but either way you shouldn’t pay someone over the odds to let their pendulum decide on your behalf!