If you suffer from frequent panic attacks then you will no doubt know just how invasive, scary and unpleasant they can be. Moreover, if you have panic attack disorder and it is causing you to have frequent attacks when you are out in public, it may also be potentially dangerous, embarrassing and inconvenient.

With all that in mind, you’ll probably be looking for treatment and one option available to you is panic attack medication. But is medication a good idea? And what different types are there? 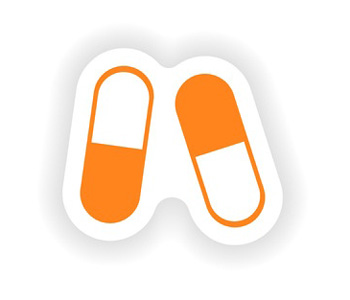 The two most common forms of panic attack medication are:

The first is the most commonly used and is an anxiety medication. The latter is slightly less common and is a type of antidepressant. Here we will look at how each works…

Benzodiazepines include drugs like barbiturates and work by amplifying the effects of GABA in the brain. GABA is the primary inhibitory neurotransmitter which reduces firing in the brain and thereby can have a sedative effect. This way, they can help to slow down runaway thoughts and this can be very effective in treating various types of anxiety as well as panic attacks.

This is a highly commonly used option but it does come with problems. For starters, benzodiazepines can have unwanted symptoms such as tiredness, lethargy, poor memory, confusion and even depression. At the same time, they also cause changes in the brain which make tolerance, dependence, withdrawal and addiction common. Overdose with substances like barbiturates is possible and can be fatal in about 10% of cases, so this is a serious concern.

SSRIs meanwhile work by preventing the action of serotonin transporters. In other words, they prevent serotonin from being ‘cleaned up’ thus meaning there is more of it free in the brain for use.

Because serotonin is a ‘happiness hormone’ as well as a natural analgesic, increasing serotonin often has a very calming and pleasing effect on patients and can help them to combat depression, anxiety and other negative psychological symptoms.

Again though, SSRIs carry with them the risk of tolerance and dependence. Here the brain becomes less sensitive to serotonin over time thus meaning SSRI doses need to be increased to have the same effect and meaning that the patients will feel worse when they aren’t using them. The use of SSRIs could effectively introduce more psychological problems than they solve.

How SSRIs and Benzodiazepines Are Used

While both SSRIs and benzodiazepines can be potentially addictive and cause dependence and tolerance issues, benzodiazepines are actually slightly less risky for patients suffering with panic attacks. The reason for this is that benzodiazepines are chosen for their fast acting nature. In other words, while some patients may take benzodiazepines in the long term in order to more generally reduce their stress symptoms, they will more often be used ‘in the moment’ during the onset of an anxiety attack. In this scenario they can often provide effective relief within half an hour to an hour.

This puts benzodiazepines at slightly lower risk of being abused, though this is still of course a real issue that needs to be considered.

Should You Use These Panic Attack Medications?

With cognitive behavioral therapy and even psychoanalysis proving to be effective in studies and trials, it’s difficult to recommend the use of drugs that can cause long-term negative changes in the brain.

If you are interested in using them still though, then there are a number of somewhat safer and less potent over-the-counter solutions you can try yourself. These include:

Phenibut works in a very similar way to benzodiazepines. This is a derivative of GABA which the brain can use to make more GABA. From there it can inhibit neuron firing in a very similar way. It is available to purchase over the counter and is much safer than benzodiazepines but bear in mind that tolerance and dependence are still issues so it should be used sparingly.

5-HTP, or 5-hydroxytrptophan, is a precursor to serotonin. This means once again that the brain can use it to make more serotonin, meaning that it effectively has a similar effect to an SSRI. Again, it’s far less potent but in this case it’s also very difficult to experience any side effects or tolerance with this substance.

Another precursor to serotonin is tryptophan, which is actually available in a lot of foods such as turkey. This is why eating a balanced and healthy diet can have a positive impact on all kinds of psychological issues.

L-theanine is an amino acid that is found in green tea and some other sources. It has been shown to help increase alpha brainwaves as well as dopamine and many people report that it gives them a feeling of being ‘calmly focused’.

All the above supplements and substances can work highly effectively as alternatives to the full blown medication that is often prescribed. Nevertheless, the focus should always really be on using therapeutic methods to try and treat the underlying cause. In this case, cognitive behavioral therapy is the most effective tool we have for permanently treating the condition, while something like panic attack medication should only be used in the short-term to treat the most major symptoms in the meantime.