Few individuals are so unjustly demonized as the single parent. Even today, in spite of changing social attitudes, many still regard them as selfish and irresponsible. In reality, however, single parents often sacrifice a great deal. 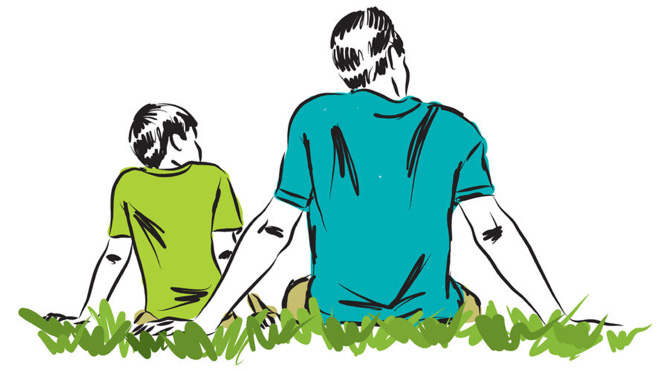 Of course, single parents are not all the same. For example, there is the stereotypical teenage girl on welfare with several children by different fathers, and there is the middle-aged businessman raising his teenage daughter after his wife’s death. Some become single parents through choice, others have it thrust upon them. Indeed, anyone can find themselves in this situation.

Different circumstances mean different emotions. So, for example, a woman whose husband leaves her for someone much younger may feel angry, bitter, and humiliated. She may also feel unattractive, even worthless. A woman who leaves her husband for someone else, on the other hand, may be dogged by guilt and, when the new relationship fails, possibly regret. And of course your relationship with your child will also be affected by these circumstances. Someone who leaves their partner may feel guilty for upsetting the children. And they may fear that their child will never forgive them, either for disrupting their world or for hurting their other parent. A parent whose partner dies or leaves them may cling to, and suffocate, the children.

Be under no illusions, life as a single parent can be hard, especially if you had been with your partner for years. Some feel utterly lost, particularly those whose ex took care of the finances or did the majority of child-rearing. Even the strongest and most domineering person usually leaves something to his or her partner. A man who earnt all the money and paid all the bills, for example, may be lost when it comes to changing a diaper or helping his daughter revise for her exams.

As a single parent, you will have to take on more responsibility. In most relationships, a sort of unspoken agreement is reached: the person with a head for figures ends up doing the tax returns and taking care of the finances, the practical one mends the blown fuse or changes the tyre. And one tends to be more assertive than the other, confronting noisy neighbors or incompetent tradesmen. Now, the impractical person must fix the leaking pipe, the math dunce must file the tax returns, and the meekest individual must deal with irate neighbors. Do not be afraid. And do not underestimate yourself. Successfully completing a task that scared you, or that your ex convinced you lay beyond your powers, can be a tremendous thrill.

You will also have to make all the decisions. You will have to decide, for example, where you go on vacation – and book it yourself. You will also have to decide where your child goes to school, what they eat for dinner, whether or not to buy a pet, and a million other things, both large and small. Having to decide such matters is a constant reminder that you are alone. Indeed, many find that only when they make such decisions do they fully accept the new reality. You cannot expect to get it right every time. Sometimes you will make a smart move, sometimes you won’t. When your decisions turn out to be wrong, don’t torment yourself, just see it for what it is – a bad decision, nothing more. You will learn from this, and you will do better next time.

Taking Care of Your Health

Health must now be a priority. The bereaved, especially when they have little extended family, do not need this pointed out to them. On the contrary, their problem may be an excessive concern with their health, to the point of hypochondria. If their partner has died, and they have no close family, it is quite natural to feel this way. After all, what will happen to their children if they are no longer here?

But extending your lifespan isn’t the only reason to pay attention to your health. As a single parent, you will need lots of energy. If your children are young, they will want to go swimming, kick a ball in the park, and so on, and they are unlikely to understand your aches and pains. If they are older, there will be relationship dramas, exam stress, drug experiments, and numerous other things. This all demands not just physical but mental energy.

Divorce, bereavement, infidelity etc. are painful, and the shock can last for years. But, as the English poet Tennyson wrote, “the noise of life begins again,” and even the kindest people have problems of their own. As a single parent, there is barely time to grieve or cry. And without adequate support, it can be hard not to slip into depression. Eating healthily and taking regular, gentle exercise, will also improve your mood, so always make an effort.

Loneliness is possibly the single biggest problem. However, you must resist the temptation to make your children substitutes for your partner. Children, like neighbors or friends, have their own problems and worries, and it isn’t fair to expect a 12-year-old girl, who is trying to navigate her way through a world of bullying, drugs, exams, school cliques, and so on, to then come home and cheer you up. Neither is it fair to expect your children to keep you company on winter evenings.

Unfortunately, many single parents turn their child into a partner or equal. And many children happily fulfil that role. Girls, for example, can be very protective of their father, fussing around him like the wife he no longer has; and boys often grow extremely defensive and protective of their mother.

To avoid this, you must reach out to others. Sit down and make a list of all the friends, family and neighbors you most love and trust and reconnect with them. When raising children with a partner, other relationships tend to be neglected. Now is the time to revive them. And do not allow pride to get in the way; there is nothing wrong with asking for help. Even those in stable and loving relationships, backed by parents and siblings, find child rearing an exhausting and stressful business.

However, you must also be cautious. Those sexually attracted to children and young teens target single parents, especially single mothers. And do not underestimate how common this is – or how devious and manipulative such people can be. Also, do not imagine they are always weird, creepy, and easy to identify. If they were, they’d never get what they want. If you have a young daughter and a mysterious, handsome man comes into your life, be cautious. And trust your gut instinct. If something deep inside tells you that all is not as it seems, trust that voice. And if someone, or some arrangement, seems too good to be true, it probably is.

Always ask yourself why. Why would a middle-aged man volunteer to look after your child? Does he seem a bit too keen? Who is he? Do you know anything about his background? And remember, abuse can take place in seconds. Someone can abuse a child during the two minutes it takes you to leave the room and make a coffee. In many countries, parents have the right to know when a convicted abuser moves into the area, so take advantage and contact the relevant authority. This is a dark and disturbing issue, but it is one single parents must face.

It is also important to carve out a little time for yourself. As a single parent, there is always the danger of disappearing into the role. Indeed, some do so willingly. Try not to become a martyr; single fathers are especially prone to this, since they tend to be admired and praised a great deal more than single mothers. But a little selfishness is healthy. So try and maintain your looks, and maybe even go on the odd date. Also, try to keep up with one or two hobbies, or at least with your reading. It certainly isn’t easy, but you must try.

Finally, do not allow others to box you into the role. When you have friends over for a bottle of wine, do not talk about the children. If your friends ask about your son’s first day at school, or your daughter’s new boyfriend, or whatever it may be, answer as briefly and politely as possible, and then steer the conversation onto something else. In fact, you could state explicitly that you’d like just one evening of adult conversation, discussing the latest novels and movies, or whatever it is that interests you. Again, do not feel guilty about this. On the contrary, having a bit of time away from your children, doing something just for you, will keep you sane and make you a better, not a worse, parent.

Raising a child on your own is hard. There will be moments of bitterness, rage, and self-pity. And there will be anger and tears. That is natural and understandable. But you will go on. You won’t give up (in spite of your constant threats to do so). And, one day, when your daughter is pursuing a fulfilling career, or your son graduates from college, or your child simply grows into a kind and decent human being, you will look back with enormous pride – and rightly so.