Humans are capable of experiencing a huge range of different emotions and feelings and we have seemingly countless words for describing them. Those words don’t quite do them justice often though, which is why we will so often turn to art to express ourselves.

In fact, we often don’t even know what a lot of these words for emotions and feelings really mean. Serendipity is a state that we talk about often but what does it really describe? Even those who ‘know’ can find it hard to define. And why is it so important for a fulfilling psychological existence? 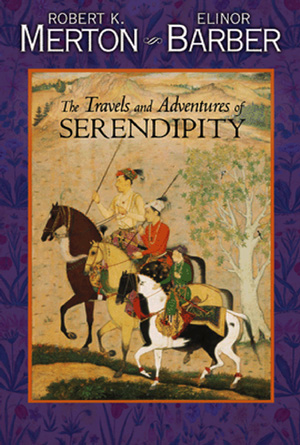 Serendipity can be explained as a ‘fortunate happenstance’. It is a ‘happy’ juxtaposition where we might feel surprisingly content for instance in the wrong surroundings. If that still sounds obtuse to you, then don’t worry as it was voted one of the ten English words that are hardest to translate.

One of the best ways to explain the meaning of the word is to look at its origin. The word serendipity was first used by Horace Walpole who included it in a letter to Horace Mann in the 18th Century. He described it as being inspired by a Persian fairy tale: The Three Princes of Serendip (Serendip being an old word for Sri Lanka). In this story he said, the three heroes were always ‘making discoveries by accidents and sagacity, of things they were not in quest of’.

But serendipity is not what happens when you find a sock that you have lost under the couch even though you were looking for the remote. Rather it is that moment when you realize that you are actually happier having settled down with a wife and children instead of becoming the rock star you always wanted to be. You started out on the path for different reasons, but somehow it led you to where you wanted to be.

Likewise, serendipity can be that moment when in a middle of a festival, you realize you feel completely calm and at ease. Somehow you have found peace in a place that seems to be the epitome of the opposite.

Why Serendipity Is Important for Your Psychological Well-Being

The problem is, that most of us do not really want or need the things we think we do. We chase after goals and ambitions that often are actually quite shallow and that become all the more shallow once obtained.

Did you know that someone playing the lottery has more positive emotions in terms of neurotransmitters when they are about to hear the results than they do when they actually win? Once you’ve won, what is there left to go after?

Serendipity then is that moment of clarity when you discover that you’re where you need to be. That place is so rarely where we think it is, that it becomes crucial to be able to find it when we don’t expect it. In other words, we need to start looking for contentment more often so that we can find that serendipity. That’s when we can stop chasing after empty goals and instead find the contentment in the here and now.

And that’s why it can pay to take part in these many ‘gratitude’ exercises. To try and find that serendipity right now, take a pen and paper and write three things that you are grateful for. Then write three things that are great about being right where you are at this very moment. If you can get into this habit then you can start to appreciate every moment and you might just get that peaceful feeling of serendipity a little more often.