If you’re truly interested in self-improvement and health, then you need to understand how it all works. Knowledge is power after all and you can’t be expected to ‘hack’ your biology for the best results unless you understand its inner workings. The brain is perhaps the most important part of our body of all and is single-handedly responsible for our thoughts, our desires, our emotions and our intelligence. 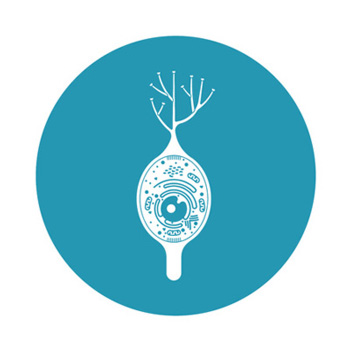 But just how much do you really know about your brain?

Unfortunately most people have very little clue when it comes to the inner workings of their grey matter or the various mechanisms behind their different thought processes. That’s fair to an extent: as actually modern science doesn’t even fully understand how it all works.

That said, there’s certainly a lot of information out there that would provide a good starting point for anyone interested in getting to grips with the basics and understanding just a little about what’s going on in there.

The Structure of the Brain

If you’ve ever seen a drawing of the inside of the brain then you might have seen pictures of interconnected ‘webs’ of neurons that looks something like a spiders’ web or a mind map. This is a fairly accurate, though rather over-simplified representation.

Each of those different tentacles that make up the interconnected web in our brains is a neuron. In total there are over one hundred billion of these neurons, with each one being connected to thousands of neighbours.

Like circuits, these interconnected neurons work by sending electrical signals and can be ‘on’ or ‘off’ depending on the status of the charge. While it’s not entirely understood precisely how these neurons contain all the information that they do, it’s generally understood that our ideas, thoughts, memories and everything else are formed by patterns of activity emerging across all these interconnected neurons.

Neurons are essentially made up of three separate parts. These include the axon, the cell body and the dendrites. Here the cell body is the centre of the neuron and it’s the part where all of the information processing goes on (in the nucleus). Think of this as the ‘processor’. From there you then have the dendrites which come immediately off of the cell body and receive signals from the surrounding neurons. The axon will receive thousands of signals from these, process them in the cell body, and then send an electrical charge down the axon. The axon is essentially a long tail, ending with the synaptic terminal. This is made up of a ‘synaptic knob’ and contains neurovesicles which are little ‘holding tanks’ of neurotransmitters. When the neuron fires the electric charge (known as the action potential) will trigger the release of the neurotransmitters which are chemicals that each send different types of signals to the dendrites of other neurons. Think of the dendrites as the ‘input ports’ and the axons as the ‘output ports’. And the neurotransmitters are essentially… post.

Some neurotransmitters are considered excitatory meaning that they ‘excite’ the brain and make more areas more likely to fire (such as norepinephrine) while others are ‘inhibitory’ meaning that they quieten down certain parts of the brain.

How Neuroactive Drugs and Medications Trick the Brain

A neuroactive chemical is any chemical that affects the brain directly through these channels. Neurotransmitters then are neuroactive, but so too are some drugs that are designed specifically to increase the amount of certain neurotransmitters or suppress them. Drugs such as nicotine, opium and alcohol for instance increase dopamine levels in the brain which is why they can be addictive.

On the other hand, some drugs are designed to mimic certain neurotransmitters and can block receptors. SSRIs for instance are ‘Selective Serotonin Reuptake Inhibitors’ meaning they can block the uptake of serotonin by blocking the receptors in the presynaptic cell. This is done to increase the amount of available serotonin in the post synaptic cell – meaning the brain will receive more serotonin signals (useful as an antidepressant because serotonin is another feel good neurotransmitter).

We have to be very careful though when using these sorts of drugs as they can lead to a number of issues upsetting the highly delicate chemical balance of the brain. It’s important to bear in mind that we have a very limited understanding of the human brain and do not even know all of the different neurotransmitters (we know about fifty, there are thought to be several hundred). Meanwhile, the brain has mechanisms designed to respond to a particularly high or low content of particular neurotransmitters and if you unnaturally increase any of them, the brain might respond by stopping making them leading to all kinds of potential problems.

On the other hand, safer ways to alter the availability of neurotransmitters involve changing the way we think (which will alter the connections of different neurons), altering our diet (food contains neurotransmitters and precursors in usually-safe doses) and changing our routines (a darker room = more melatonin).

Seek to understand the mechanisms of your brain, but never make the mistake of thinking that you actually do understand it.