Dealing with an autistic person can be enormously challenging, demanding tolerance, kindness, and patience. Before exploring how to cope with autistic people, it would be helpful to understand exactly how autism affects people. 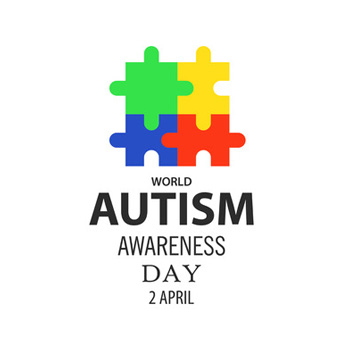 Autistic people find interacting with others difficult. For example, they may struggle to read facial expressions and be taken by surprise at outbursts of anger or affection. Thus, to an autistic person the world can seem a strange, alien, incomprehensible place. Do not forget this. They also tend to be withdrawn, preferring to spend their time on bizarre hobbies, which they often pursue obsessively.

1) Any change to plans or routines may upset them. Autistic people often cope poorly with change. Though they struggle to express their feelings, they find moving home or school more stressful than the average person. On a more mundane level, if you have taken an autistic person to their place of work by the same route for the last few weeks, do not suddenly change it.

2) Explain things clearly. Remember, autistic people have very literal minds and struggle with irony, sarcasm, and even humor. They dislike vague promises. Do not say “perhaps we could go to the zoo tomorrow. Let’s see how we feel”. An autistic person would much prefer you to say “we are going to the zoo tomorrow and will arrive at ten. It is on Maple Road. We will take the bus, which we will catch outside the cinema at nine”. And make an extra special effort to fulfill what you have promised.

3) Be patient. Autistic people can be very hard to deal with at times. They can be rude, childish and selfish, with little humor or empathy and a contempt for those who do share their obsessive interests. Prepare yourself. If you have never encountered an autistic individual before, you may find them astonishingly rude, especially those with Asperger’s (a form of high-functioning autism).

4) Don’t rely on body language or facial expressions. Once you have spent time with an autistic person, you will realize how much the average person relies on these to communicate. Autistic people struggle to read such things.

5) Don’t be afraid to correct them. Those who spend time with autistic people hesitate to disagree or correct their behavior out of a mistaken wish to be kind. This is quite understandable. But autistic people can be taught not to be so rude or selfish, and by failing to point out those moments when they are behaving badly, you merely store up trouble. Parents of autistic children, for example, live in fear that their child will one day provoke a violent or aggressive individual. By encouraging them to recognize their failings, you are in fact doing them a service.

Of course, not all autistic people are the same. Some can be rude, obnoxious, even aggressive; others can be meek, frightened and withdrawn. Some display little more than an obsession with timetables and a preference for solitude, others never even learn to speak. However, no matter what the nature of someone’s autism, the above tips should be kept in mind.