The human brain is a highly complex piece of organic machinery and explaining and understanding it can sometimes take a lot of work. Thus, we are constantly looking for ways to explain it more simply and one of the most common analogies we will use to this end is that of a computer. Many aspects of our brain are similar to the functions and components of computers and this makes them ripe for comparison. 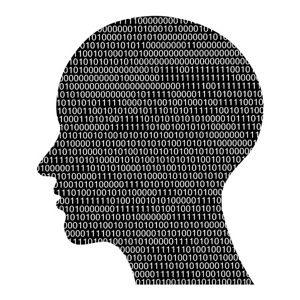 But just how suitable is this analogy really? Are our brains actually anything like computers and can the two actually be compared at all?

Well yes and no… in some ways the two are quite appropriate comparisons, but in other ways they are worlds apart. Let’s take a look at why the brain is like a computer… and why it isn’t…

One area that works quite well when it comes to comparing the brain to a computer is memory. Our memory and a computer’s memory are similar in that they have separate parts. Our computers for instance have RAM and a hard drive. RAM is ‘Random Access Memory’ and is the memory it uses to store information about the programs we’re using and thus handle multiple tasks. Meanwhile the hard drive is where it lets you save files that you want permanent access to.

Likewise, we might opt to save something as a different file format. A lower resolution GIF image for instance would be smaller than a large JPG.

As humans we have no comparable process. We cannot ‘compress’ our memories using a zipping tool and we cannot convert them from one file format to another. That said though, there is a technique we can use to hold more numbers in our short term memory, which is called ‘chunking’ – essentially a method of encoding information to make it smaller. In terms of long term memory, we are better at remembering song lyrics than we are remembering speeches because we can use patterns that in turn require us to store less information and to help guide us to the memories.

Likewise, we also store information differently depending on whether it is auditory, visual or semantic – and this can improve our ability to retrieve said information as well as to store it.

When you delete a file on a computer, it doesn’t really get ‘deleted’ as such. In fact, all that happens is that your computer deletes the reference to where that file is located in its index. Thus, it is then unable to locate the file when it is needed and for all intents and purposes, it is lost. Because the space on the hard drive is regarded as ’empty’, this also means that saving future files or installing future programs might cause that file to get overwritten. Until then though, it is still there.

What happens when you forget something you once knew? Actually it’s very similar. The best way to think of your brain is as a web of connected ideas as represented by neurons. This is your ‘connectome’ and whenever you learn something new, you form new connections. When you forget something, it simply means that you can’t trace the route of neurons to that idea and thus you are unable to retrieve it – even though it is likely still there. In that say, the process is somewhat similar.

RAM is also what allows your computer to multitask and this enables it to store multiple processes in memory at once while you juggle tasks. Is the same true for the human brain?

Sadly, not really. Research currently suggests that it may in fact be entirely impossible for humans to actually multitask in the way that we imagine to be possible. The psychiatrist Edward M. Hallowell even described multitasking as a ‘mythical activity’. It is thought that we have a ‘bottleneck’ in terms of what we’re capable of and that this is the result of our struggling to retrieve information while working. In other words… it comes down to RAM.

So we have enough RAM, but not enough to actually multitask. Furthermore though, it appears that we are actually unable to pay attention to more than one task at a time. Thus all multitasking really means is switching our attention from one task to another.

Computers are the same and they aren’t. The CPU in your computer – the ‘Intel i5’ or ‘i7’ – is designed in order to do lots of calculations that determine the behavior of your PC. It can do thousands of calculations a second, but ultimately it still does them in sequence.

This puts a serious limitation on the performance of computers, and especially when it comes to graphical performance where thousands of pixels must be accounted for every 1/60th of a second. The solution is the GPU – the Graphical Processing Unit – which is capable of parallel processing. In other words, the GPU can actually calculate the position of two pixels simultaneously. This is something that your main CPU just can’t do and it’s something that your brain can’t do either.

We control the behavior of computers by programming them to act in certain ways. Ultimately this code is a layer of ‘abstraction’ that tells the millions of switches in your computer which position to take at any given time. If you change the program that is running on your computer, then you will change its behavior and you will be able to use it for different tasks.

Can you ‘program’ a human brain? To some extent, yes. ‘Cognitive Behavioral Therapy’ is a form of therapy that involves getting patients to look at their own thought patterns and then to alter those thoughts, resulting in better behavior.

So for instance, if you find yourself constantly afraid of heights, it might be that you have many thoughts running through your head like ‘I’m going to fall’. Ultimately this could be seen as your ‘programming’ and is causing you to be afraid of heights. By using CBT and ‘cognitive restructuring’ however, you might replace those negative ruminations with ‘I’m completely in control’ or ‘it’s completely safe’. As a result, you’d then find the fear abated. This way you would have programmed yourself to be less afraid of heights.

Likewise, it’s also possible to teach associations through positive reinforcement. If you hear a bell just before someone slaps you behind the head and this happens 100 times, then you’ll learn to fear the sound of a bell.

The difference between a human and computer though is that a) computers cannot program themselves (not in the same way at least), b) humans can choose to break out of their programming (there’s a philosophical argument there, but it’s essentially true), c) human programming occurs unintentionally.

Computers lack intentionality as we’ve demonstrated in the above point. The intention of the computer is the intention of whatever the programmer wanted it to do.

Partly this is due to the computer lacking emotion. This is an aspect that is completely absent in a computer that is very crucial in human psychology.

Emotions in the human brain are controlled by the release of chemicals called neurotransmitters and hormones. These chemicals stimulate us to feel certain ways about certain things and they also tell us what is important and what of all the input we get should be focused on and remembered.

So when data gets transferred from neuron to neuron, so too does that carry an emotional intent or an emotional significance – things that are completely missing when computers handle data and something we have yet to accurately replicate – we don’t even know what all of the neurotransmitters do and probably haven’t even discovered them all yet.

When you fill a computer’s hard drive with information, it will eventually get full and you’ll stop being able to fill it with any more information. That is the limit of what a computer is capable of.

With the human brain though, the structure will physically change shape as you learn more things via a process called ‘brain plasticity’. You can actually grow new neurons through a process called ‘neurogenesis’ and ultimately this means there is no known ‘limit’ to the human hard drive.

Conversely, what you can’t do with the human brain is to slot in an SD card and expand the storage. Likewise, the capacity/efficiency of the human brain isn’t likely to increase any time soon. In the future we will have quantum hard drives which will reportedly be genuinely limitless. And likewise computers can gain whole new ability – like internet access – which the human brain can’t really keep up with.

Both the human brain and the computer are adaptable, but in truly different ways.

One thing that the human brain can definitely do that a computer cannot is to generate a random number. At least one study has shown the human brain to be capable of this and yet we know that computers cannot truly be random.

When a computer chooses a random number, in fact it will use a traceable algorithm – for instance doing a sum based on the milliseconds on the clock. This appears to be truly random, but if you knew the algorithm we could work it out.

Of course this might appear to tie into free will. A computer cannot do anything it is not told and this essentially means it does not have agency or free will. Even the most complex artificial intelligence is still just an algorithm that converts inputs into outputs and which would be predictable every time.