Have you ever thought… about thinking?

As in: what happens when you go about thinking? How do deaf people think? And is it possible to train the way you think in order to think quicker?

Let’s take a look at what we do know though and what it says about our psychology – even potentially our free will!

How Do Deaf People Think?

Let’s start by answering that question we posited in the introduction: how do deaf people think? This is something that many of us have considered, seeing as for most of us ‘thinking’ sounds a lot like an internal monologue.

The answer that most deaf people give to this question is that they visualize/imagine the action of signing. So in other words, they think just like the rest of us but they visualize or feel the motion instead of ‘hearing’ the sound.

Can You Think Faster or More Efficiently? 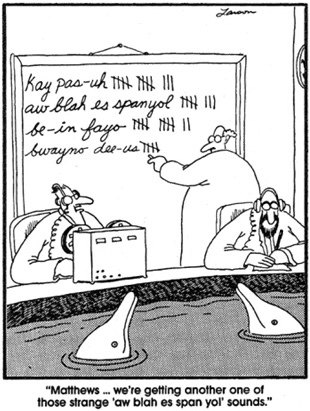 The next question then that you may be wondering, is whether thinking in this way is ‘better’ or ‘worse’ than thinking in the ways that you’re used to. Could thinking in sign potentially be faster or slower? Might it help them to grasp certain concepts better than the rest of us?

And are there ways that we could upgrade our own thought processes in order to become more efficient thinkers?

Well, we’re not the first people to ponder this question. In fact, it’s such a common question that it has its own name: The Sapir-Whorf Hypothesis (interestingly, neither of those two psychologists were proponents of the theory!).

The Sapir-Whorf Hypothesis postulates that the way we think is influenced strongly by our use of language. We use language to ‘sound out’ questions in our head and also to manipulate ideas. Thus, it stands to reason that if we can change our language, we can thereby change our ability to think.

This is a theory that’s very hard to test. One piece of evidence that fans of the concept point to is the fact that some cultures appear to find it harder or easier to perceive certain colors depending on how many words they have for colors in their language. It’s not only that they are able to ‘name’ more colors – they’re actually able to perceive more subtle differences in hue. There are studies that both support and contradict this idea (2).

Some more interesting evidence for the idea though comes from recent research into an entirely new language called ‘NSL’.

NSL is ‘Nicaraguan Sign Language’ and is a completely new form of signing that has developed naturally over the last several decades. The language developed as a result of deaf Nicaraguan students being given special education in the area for the first time. This allowed them to spend time with other deaf children and over time, a language emerged.

Because NSL has been developing over time, certain words and phrases have only been introduced more recently. For example, until the 1970s there were no gestures that could be used to sign directions (left, right, over, under). Instead, positions and locations could only be described abstractly.

During the 80s, these terms started to appear. And when NSL ‘speakers’ from the 70s and 80s were compared, it was found that those with better ‘spatial vocabulary’ actually possessed better spatial reasoning as well. Even though the children of the 70s were older and more experienced during the tests, those who had grown up in the 80s performed much better in tests – suggesting that the language had given them an improved ability to conceptualize ideas regarding navigation (3).

If we’re being brutally critical though, there are still problems with this study. For example, it might be that the children who had positional language simply practiced using spatial reasoning more because they had the ability to discuss it. This in itself is interesting, but wouldn’t actually support the hypothesis if it is the case. It’s also worth bearing in mind that the children had different languages during their development – which might have had more of an impact on their mental faculties than it would have had if they tried to adopt the language later in life.

So popular is the Sapir-Wharf Hypothesis that an entire unique language has even been developed to test it. Dr. James Cooke Brown introduced the world to a ‘constructed’ language called Loglan, which aimed to offer a more logical structure – almost close to a programming language.

The idea was that if the Sapir-Wharf Hypothesis were correct, then learning this language could in theory help you to think more logically, and more effectively.

Unfortunately, Brown copyrighted his work to prevent others from developing the language further – which hampered its growth. As such, certain groups began developing their own alternative ‘Lojban’. This latter language is actually popular enough that it is practiced online in forums and that several classic works have been translated into it. Unfortunately though, no one has quite learned the language to the extent that would be necessary for it to affect their thinking ability and there have been no studies using Loglan or Lojban to test the Sapir-Wharf hypothesis.

But if it’s not just language that impacts on our ability to think… what else could it be?

Actually, we think in a manner of different manners and there are several types of thought that can be classified as ‘non-verbal’. For instance, often we ‘think’ simply by visualizing what we’re going to do. And our memories tend to be relived almost like we would go to the pictures. In these ways thought can be entirely visual and it’s unlikely that something like Loglan would have any impact on that type of thinking.

That would hardly be efficient!

Likewise, thought can also be ‘kinesthetic’. That is to say that sometimes we don’t just picture something but we almost ‘feel’ our bodies doing it. If you imagine opening the door to your house, you probably feel your arm move forward and you probably feel the precise amount of pressure necessary to apply torque and get the handle to move and the door to open.

In fact, ‘embodied cognition’ states that this is the basis of all our thinking. Some theorists believe this is the way the brain actually applies meaning to all language and all thought. When you hear someone tell a story, your brain lights up gently in different areas as though you were experiencing that story yourself and as though you were carrying out the motions yourself.

There might even be a type of thought that precedes the intention or idea of acting. We may be able to think in ‘pure intention’ in some cases. Evidence for this comes from several sources. For instance, in the book Describing Inner Experience? Proponent Meets Skeptic, Russell T. Hurlburt had participants carry a beeper and write down the exact thoughts they were having each time it sounded (4).

What this study found was that thought could be categorized into multiple different ‘modes’. These included: images, kinaesthetic, verbal and other experiences. Perhaps most interesting was the diversity found between participants (different people think in vastly different ways the majority of the time) as well as the fact that some people appeared to think in ‘unsymbolized thought’. Unsymbolized thought meaning in this case that the participant didn’t sound anything out in their inner monologue and didn’t picture anything – they just knew with pure apprehension.

It has also been postulated that many of us think in ‘unsymbolized’ thought more than we realize and that we actually only perceive ourselves to think with a ‘monologue’ as a kind of review bias.

Possibly language wouldn’t go ‘deep enough’ to explain this kind of thought but it’s fascinating to consider how the nature of thought varies from one person to another and just how multifaceted and complex it is.

The reality is a far cry from the ‘thought bubbles’ we see in comic books!