You know the Andromeda galaxy? It’s a spiral galaxy that you can see in the night sky that’s roughly 2.5 million light-years away. It’s an incredibly mysterious and unearthly phenomenon and one that’s heading right towards us. But while it’s millions of light-years away and completely alien to us, in many ways we actually know more about it than we do about our own minds. I mean, we can predict precisely where the Andromeda galaxy will be in a million years, but the precise nature of dreams? That’s still unknown to even our smartest minds. It’s an incredibly frustrating paradox, but it only gets worse when you think just how much we’ll probably never know about the human mind. 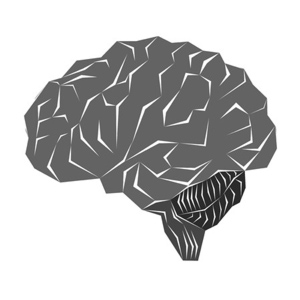 But then again, as Einstein said, ‘The most beautiful thing we can experience is the mysterious. It is the source of all true art and science.’ With that in mind, let’s look at some interesting thought experiments involving the human mind that we’ll probably never be able to answer. The thing closest to us is perhaps one of the things most elusive… and by Einstein’s reckoning that must be pretty darn beautiful!

One of the most confusing questions in psychology is the question of identity, and of what makes us us. Is it our physical brain? Our body and brain? Or some other soul? To demonstrate the problems with this, imagine that you had a hemispherectomy. This is a real procedure in which half of the brain is removed from the skull leaving only 50% remaining. Patients have survived this process as the brain is so adaptive that one half of the brain can take over the full plethora of functions necessary for fairly normal function.

But now imagine that you could transplant that half of the brain into someone’s else’s skull. Currently that’s not possible but there’s no reason why it might not be some day when we have better skills – it just would involve a lot of rewiring. So half of your brain is in your body, and half of your brain is in another and both halves are continuing to live and function. Which one is you? Are they both you? And before you write this off as trivial, bear in mind that the hemispheres of the brain have been seen to act independently of one another even within the same body when the connective tissue (called the corpus callosum) is severed. I’m afraid I don’t have an answer for you, but thinking about it can give you a splitting headache! (Geddit?)

On another creepy note, this is similar to an area that fascinated Hitler and the Nazis, who during World War 2 experimented with ‘head transplants’ on chimpanzees as a means to potentially live forever…

A similar question we can ask ourselves, is whether our identity comes from our memories, and whether or not we can trust them. In the film ‘The Dark City’ aliens implant people with completely different memories every night so that they wake up with completely new lives. Imagine if your memories were completely replaced with someone else’s – would you continue to act as them, or would you start to act as you instead?

And more to the point, how can you be absolutely certain that all your memories haven’t just sprung into existence? How do you know that time has continued to move steadily rather than getting shorter and longer? (You wouldn’t know – only your memories can tell you). Are you really one ‘consciousness’ that has experienced all these things, or are you only alive as ‘you’ right now in this fleeting moment?

Whether or not your memories really define you is also an important point for this next question. Originally called ‘Swampan’, this thought experiment asks you to imagine that you were hit by a bolt of lightning and that all the particles that made up your body were disintegrated into nothing. At the same time a bolt of lightning hits a swamp and assembles an entirely new copy of you with all your atoms in the exact same positions (interestingly the chance of atoms randomly arranging themselves into the form of you is roughly 10 to the power of 10 to the power of 70). Would that new copy be you? Would they have your consciousness? Or would you both have your consciousness?

In fact, if you were to completely break down your atoms and then transport those atoms somewhere else to reassemble them, would you still be you? Or would that just be a new person with your memories? And how would anyone know the difference other than the original you whose life had just been terminated? Even ‘new you’ wouldn’t be aware…

Again, this might seem like a pointless ‘what if’ kind of question, but actually it’s relevant. It’s relevant a) because these are both methods through which teleportation might someday work (will you be the first person to test it?), and b) because this already happens in a way. You see every ten years or even less, every single cell and every single atom in your body will have been replaced by entirely new ones meaning that no bit of you is the same. So if you’re not physically ‘you’ after ten years, then in what way are you even similar to that person who existed back then?

In other news, did you know that right now one billion of your atoms once belonged to Shakespeare? Sounds insane, but statistically it has to be true!

How Do Deaf People Think?

Then again, perhaps ‘you’ are simply the voice in your head, your ‘internal monologue’. This has been proposed as one explanation for consciousness in fact (and studies suggest that it is important for self-awareness at least), but in that case how can someone who has never heard anyone speak have self-awareness?

Well this is something that we can answer to an extent – with most people who are deaf from birth using sign language in their own heads and ‘feeling’ themselves signing as they mull over topics. And what of those who aren’t identified as deaf early and don’t get the chance to learn sign language? Well then they will be severely handicapped until intervention teaches them some form of sign language.

So that one was a bit of a cheat as we can answer it, but it leads to another question that we cannot. Which is to ask ourselves what someone who was born deaf, blind, dumb and paralysed would make of the world. For them life would be spent simply as a floating consciousness and they’d have absolutely no reference points with which to extract meaning from their existence. Would they create amazing imaginary landscapes? And would those landscapes appear nothing like anything on Earth?

Most likely many of the brain areas would fail to develop and the individuals would be highly handicapped mentally as a result of their other shortcomings. But what would the experience be like for what remained?

On a slightly less morbid note, what would be possible for someone who was born into a ‘virtual reality’ existence? If you were born with a virtual reality headset on your head and headphones and put in some kind of floatation tank – and if you had no idea that that was the situation, how would the brain adapt? If the world that this unfortunate individual experienced was completely unlike our own, how would their brain develop?

Brain plasticity has demonstrated the incredible capacity that our brains have for change and adaptation: they can physically alter their shape in response to the way we use them and this is even truer in early life. One can imagine then that the brain could potentially develop in a completely new and almost ‘inhuman’ way that could even result in enhanced cognitive abilities. The question is just how far this change could go and just what would be possible.

And for that, I will leave you to your imagination…