First I’d like to set something straight: there is no such thing as a subconscious. This is a term used constantly, even by psychologists, but actually it’s a misnomer at best. Freud, who first postulated that there may be things going on in our brain that we aren’t aware of, originally described ‘unconscious’ thoughts not ‘subconscious’. The idea is that we’re having thoughts or feelings, but that we’re not conscious of them. You are either conscious of something or you are not – there is no such thing as ‘subconscious’.

Right, now that’s out of the way, what’s this other thing that you might sometimes hear psychologists talking about? What is the ‘collective unconscious’? 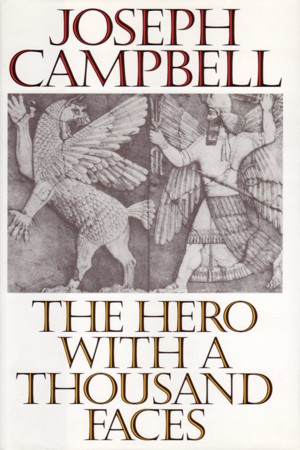 The collective unconscious is a concept that was first put forward by Carl Jung – protégé and eventual rival of Freud. His idea was that there might be a layer of the unconscious mind that is shared between all of humanity and potentially all life forms and that this would be even deeper than the ‘personal unconscious’.

The idea here is that we have evolved some layer of our personalities and some similarities between our brains and our reasoning exist as a result.

Another concept that helps to throw some light on this issue is that of archetypes. Jung describes archetypes as recurring ideas and literature that we see in our dreams and in our stories across individuals and even cultures.

For instance, Jung described an archetype called the ‘wise old man’ who represents knowledge and wisdom and is understood as a motif across cultures. In stories across the world we see ‘wise old men’ coming to guide the hero to their destination and they might feature as symbols in our own dreams too. Then there is ‘the trickster’ who is a chaotic influence that foils the hero or the individual at every turn like Loki or the Joker. These are motifs that play in all of our psyches despite not necessarily having any ‘biographical’ relevance, and so Jung’s explanation is that they are part of a ‘shared’ unconscious layer.

The concept of the collective unconscious and the archetypes is perhaps the one that Jung is best known for and there has been a lot of discussion on the topic.

For instance, the book The Hero With a Thousand Faces by Joseph Campbell examines a plethora of myths, fairy-tale and other fiction in order to show the common threads and the common archetypal characters that appear. George Lucas (of Star Wars fame), even acknowledges Joseph Campbell’s book as helping him to create the stories and characters in that series. Campbell used the works of Jung and other thinkers to help create his model and the book in many ways appears to support Jung’s theories.

Other psychologists have attempted to demonstrate a neural basis for the archetypes. Rossi (1977), described the archetypes as likely coming from the right side of the brain, while Henry (1977) suggested that they might come from the brain stem – the ‘reptilian’ part of our brain that has existed for the longest time in our evolution.

There have also been attempts to link Jung’s theory with the widely accepted theories of attachment. Stevens (1982) followed Bowlby in suggesting that a baby’s reaction to being abandoned by its mother seemed to be ‘genetically programmed’ and linked this to Jung’s idea of an ‘inherited’ aspect of the psyche. The feeding response too is thought of as being genetic rather than learned, suggesting again an innate part of the brain that we must come to grips with later in life. Jung also tried to link his theories to Freud’s description that some fantasies come from our instincts and ‘phylogenetic endowment’ (our genetic evolutionary inheritance).

Of course though many other psychologists have questioned the likelihood of such a collective unconscious existing, and few practicing psychologists treat it with any real consideration.

There are many other explanations for the existence of archetypes across cultures, with one of the most obvious being the simple fact that we all have commonly shared experiences. Whether you are born in the modern West, or in primitive tribe you will still struggle with issues of the self, you will still be raised by parents, you will still go through puberty and you will still age. It could simply be that there are similarities in our psyche because there are such similarities in our stages of life. It’s not hard to see where the image of the wise man might come from without the need for a collective unconscious.

What has done more to damage the reputation of the collective unconscious is the connection it has to parapsychology. While some take the ‘minimal interpretation’ that it is simply a set of inherited impulses, beliefs, feelings and behaviours; others (and it is suspected that this included Jung himself) believe that it may be the result of a ‘universal soul’ or divine ‘world mind’ and a sign that we are all ‘psychically’ linked on some level. This is of course something that most psychologists will not entertain and that isn’t taken particularly seriously by the community.

While the collective unconscious is not a topic that is particularly popular or relevant in psychology today then, it is still an interesting one to consider – you may still find it interesting to lookout for archetypes in your dreams and in films. And though there probably isn’t a divine ‘world mind’ that links us, it’s reassuring even to think that we’re all joined in our basic experiences, no matter how different we are on the surface.