Ernest Hemingway had wanted to write a story about an old fisherman some 20 years before his novella was finally published in 1952. All he needed was a context and, some say, an excuse to have a go at the critics for slamming his previous novel, Across the River and Into the Trees.

‘It’s a great story if I can get it right,’ he wrote to one of his friends. 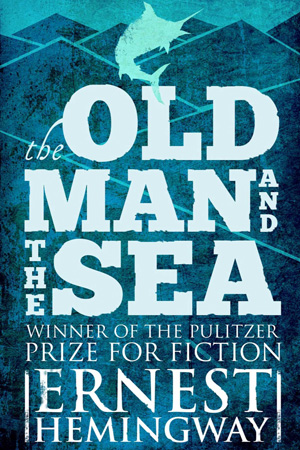 The book tells of the struggle of an old fisherman, Santiago, who is down on his luck and hasn’t caught any fish for 84 days. He knows that things must change. His young apprentice Manolin has already left him, reluctantly it has to be said, for another more successful fishing crew. Action is needed.

On the 85th day the old man sets out alone in his skiff determined to catch a fish, a big marlin. He sails further than he’s ever been before and manages to catch the biggest marlin of his life. But the struggle to land it takes him to the point of exhaustion. Eventually the fish ends up tied to the outside of the boat. All the old man has to do now is get his catch back home. Finally, despite the veteran’s attempts to prevent them, sharks attack the roped fish and eat most of it before the old man returns. All his hard work is undone. Only a pathetic carcass remains.

Manolin, his young friend, helps the dejected fisherman back to his shack. In a moment of tenderness, the two promise to fish together again but a return to normality for both of them seems impossible. Santiago falls into a deep sleep and dreams of lions on an African beach, a boyhood dream. In reality Santiago is very ill, but doesn’t tell Manolin.

Hemingway’s parable on life is a tour de force. He creates this battle of wills, man versus fish, human against nature, the struggle to survive taking this particular individual, an old experienced man, close to death. Santiago could be any one of us as we journey through life, facing whatever nature can throw at us, right to the edge of destruction.

‘It is good that we do not have to try to kill the sun or the moon or the stars. It is enough to live on the sea and kill our true brothers.’

With this statement from the old man comes the acknowledgement that the great marlin is a worthy adversary. His reward is this huge fish, his biggest ever, and the fact that he’s survived, unlike say Melville’s Captain Ahab who obsessed over Moby Dick and was eventually drowned.

Hemingway’s simple, stripped-down style reflects the fundamental human effort needed to overcome pain and despair at this archetypal level. The old man’s interior soul is opened up, turned inside out. As in many of his books the theme of survival is held taut through plain narrative and sometimes exquisite detail.

A metaphorical masterpiece, it digs deep into the tortured psyche of one human, Santiago, both hero and sacrificial lamb. In short, this book has something of the timeless myth about it.