Savant syndrome is a condition where ‘prodigious’ abilities are demonstrated by individuals beyond what would usually be considered ‘normal’. Often, these abilities will be exhibited by those who otherwise would be considered to have neurodevelopmental disorders – and particularly (though not exclusively) autism. It can also be common among patients with brain injuries. 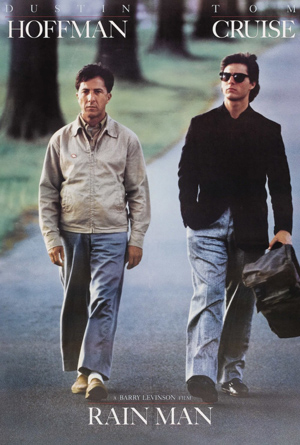 Many of these abilities have been the focus of films such as Rain Man, while several individuals with the condition (such as Daniel Tammet) have become famous for their skills. Despite the name ‘savant syndrome‘, the condition itself is not considered a mental health disorder and is not listed in the DSM-V. It is however a subject of great interest to psychologists as well as to those looking to improve the potential capabilities of the human brain. In theory, understanding how savant syndrome occurs could give us the tools necessary to unlock dormant abilities within all of us.

The most perplexing and potentially interesting question surrounding savant syndrome then, is what triggers it in the first place. Unfortunately, there is no universally accepted theory regarding the mechanism.

That said, it is widely agreed that savant syndrome can result from damage to the left anterior temporal lobe – which is a brain area responsible for recognizing objects and forming visual memories.

Interestingly, studies have shown that it is possible to ‘trigger’ savant abilities by using transcranial magnetic stimulation (1) to suppress activity in this area of the brain. One hypothesis for this, is that savants have the ability to access ‘lower level’ information before it is categorized by this region. In other words, these people may have access to the ‘raw data’ more quickly than the rest of us who only gain access to that information after it has been processed by other regions.

Interestingly Daniel Tammet is also synesthetic and experiences the perception of numbers, words and colors as a single experience of qualia – woven together. Synesthesia is loosely described as the ‘bleeding together’ of senses and it may in fact play an important role in many savant feats. Daniel talks about different ‘types of knowing’ and explains how he intuitively knows things through perception alone. Again, here ‘perception’ seems to lie at the heart of the matter.

In ‘acquired savant syndrome’ an individual can actually develop the condition following brain injury or disease. In one case, a 3-year old child developed musical genius for instance following a case of meningitis. In such cases of ‘accidental genius’ however, there is normally some trade-off in abilities as other skills become damaged.

Another completely different theory regarding savantism is offered by the ’empathizing-systemizing’ theory of human psychology which places people on a ‘spectrum’ with empathizing on one end and systemizing on the other. Here, it is thought that some people will be more empathetic in their attitudes, while others will be more prone to taking a systematic approach to information. Simply: do you interpret information and stimuli emotionally, or logically? Are you someone who is highly empathetic and emotional, or someone who is more distant, cold and logical? Here, it is presumed that those with savant abilities are simply towards the extreme ‘systemizing’ end of this spectrum. But it is worth noting that this theory has been widely criticized on multiple grounds.

Overall then, the abilities of those with savant syndrome remain a mystery. Suffice to say though, that they appear to have privileged access to ‘raw data’ in the brain that others do not and have an altered sense of ‘perception’ that leads to an almost innate ‘knowing’. To an extent these same kinds of ability can be induced in others and even acquired through brain injury, suggesting that they might well lie dormant in all of us.

But before you go clubbing yourself over the head, remember that the human brain has evolved the way it has for a reason. There may well be a good explanation as to why we don’t normally have access to these abilities. ‘Too much’ unedited data might allow for some amazing party tricks but it could also well be maladaptive in other circumstances. For now, this is an interesting area to watch and learn…