They say sarcasm is the lowest form of wit, and it is true indeed that there isn’t really much art to this particular brand of humor. However that doesn’t mean that it can’t also be hurtful and scathing and in many cases sarcasm can be difficult to bear. Though it is often meant humorously and often intended as a joke, and though it sometimes is genuinely funny, sarcasm often relies on putting another person down and as a result will often make those people look or feel small as a result. Here we will look at what sarcasm is, how it works, why people use it and how to protect yourself from it.

Sarcasm is very simply put when someone says something that everyone knows is untrue in order to draw attention to its ridiculousness. When it is used aggressively then, this will often mean taking what you have said out of context and exaggerating it to the point where it appears a stupid or inane. This can then sometimes provide humor by pointing out how absurd the situation or comment would be – but at the same time it is often essentially a mockery of your original comment which is why it can be so hurtful and destructive. In other situations the same effect can be achieved through ironic comments – again often critical or damaging. For instance a comment such as ‘remember to eat – don’t starve yourself!’ delivered to someone overweight would also be a form of sarcasm. Often it can be hard to distinguish between a sarcastic and an earnest comment and this can make it hard to call someone on their use of sarcasm. Usually the main indicator of sarcasm is a vocal inflection and this means it tends not to work in the written form.

The Psychology of Sarcasm 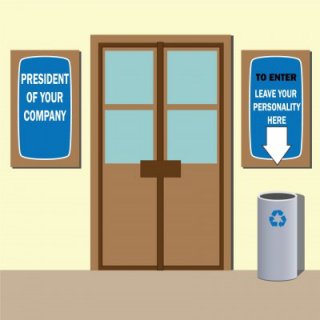 So first of all, why are people sarcastic in the first place? Well there are several reasons that someone might be sarcastic and the nature of their sarcasm and how best to deal with it will often depend on the form of sarcasm they are using against you. The question you have to ask yourself is – is this passive sarcasm designed to be humorous that has the unintentional impact of upsetting you? Or is it aggressive sarcasm that is designed intentionally to be belittling and hurtful? Once you ascertain this, you can then better decide how to progress.

If the sarcasm is designed first of all as humor then you will notice that the individual is persistently sarcastic – about themselves and about other things rather than just directing it toward you. In this case you still need to deal with the sarcasm if it is hurting you, but you can do so in a more pleasant manner and should recognize that the person probably isn’t even aware they are being hurtful. At the end of the day though they are still getting a laugh at your expense so you need to correct the behavior.

However if the sarcasm seems to be particularly directed toward you, and if it mostly consists of mimicking you in an unpleasant manner, then this is the sort of sarcasm that that person is using more maliciously. This form of sarcasm is normally used as a way for that person to try and improve their own standing and reputation by putting you down. They might then use sarcasm with the intention of making you look foolish and through doing this they then hope to make themselves look more intelligent and move further up the hierarchy. Such people tend to have low self esteem and so require the use of put downs such as sarcasm in order to try and make themselves feel or look better. These people are like leaches on your self esteem and it’s important not to let the problem get to you.

How to Deal With Sarcasm

If someone is using sarcasm scathingly and if they are damaging your self esteem or reputation, or taking the enjoyment out of social occasions – then you need to address the issue and get them to stop. If someone thinks they can keep trying to belittle you by using sarcasm then you need to show them that they are wrong and look after your reputation without letting them walk on it. There are a few ways that you can deal with sarcasm and different strategies will work better in different circumstances and with different people. Here we will look at some potential options.

Don’t Acknowledge It: One option is to refuse to acknowledge the sarcastic comments and instead treat them as genuine. This way you can quickly move the subject on, show the person that you are unhappy with their comments, and at the same time often turn it around so that they end up being the ones who look stupid.

‘You flew? You want to think about your carbon footprint’

Another way to ignore the sarcasm is to ignore the comment completely – so just turn away and start talking to someone else as soon as you get a hint of the sarcastic tone. This communicates to them that you are bored with/tired of their comments and you are unimpressed and means they aren’t getting the attention they want.

Retaliate: Perhaps the opposite strategy is to bite back with sarcasm of your own – this way upping the ante and making people forget their sarcastic comment and instead focus on yours. So for instance to use the previous example.

‘Yeah thanks, don’t choke and die’

If you can make yours funnier than theirs then you will come out of the exchange on top and furthermore if you can make your sarcasm biting enough then you may make the person think twice before using sarcasm against you in future as they choose to instead move to easier targets.

Be Inane: By using an inane come back in reaction to a sarcastic comment you leave no avenue for retaliation while at the same time getting a laugh and demonstrating that you don’t care about their comment. For instance then:

Scold: You can also shoot down sarcastic comments by scolding the person using them and if you do this correctly then you can make them feel small as a result while at the same time pointing out how childish they are. The previous examples are perfect for if you if you are happy to stoop to their level, but if you’d rather keep some decorum and integrity then this is the better strategy.

Point Out Their Motives: If someone has used sarcasm in order to make you look bad and themselves look better by extension then this is an unattractive quality and you can turn it around by pointing out their motives. So for instance just say ‘stop trying to show off in front of your friends’ or ‘sarcasm doesn’t make you sound clever Joe’.

Correct: Similarly you can put down sarcasm by correcting their comment and pointing out how stupid it was and by explaining your original point. So if they told you they flew then you would just say ‘I know you didn’t fly Joe, I was asking because you might have come by train’ and this way you have very quickly made their comment look churlish and petty.

Tell Them: If they are making you unhappy with their sarcasm but it’s unintentional, or if you have tried other strategies to get them to stop and it hasn’t worked, then you can try just telling them that you’re not happy with their attitude. If they are a good friend and you draw attention to something that is upsetting you then they should just stop. At the same time even if it doesn’t go that way then it should at least give them a heads up so that they know why you are acting differently toward them.

Cut Ties: Ultimately if this person is using sarcasm to try and make you feel bad about yourself or to get ahead of you then they aren’t a good friend, or they have low confidence that is affecting your relationship negatively and you will be better off either cutting ties completely or just giving them some time to work through whatever it is that’s upsetting them.