If you don’t like your boss’ style of management or you have a personality clash, this can make your work life a lot more stressful and negatively affect your productivity and so your success in that organization. While they might mean well, this doesn’t make it any easier to survive in the work place when they are hampering your performance. Take for instance the micromanaging boss – of course they mean well and their intention is simply to make sure that a good job is done, to be conscientious and to make sure that you understand what you are doing – but the reality is that their overbearing nature can prevent you from flexing your wings and fulfilling your potential. Here we will look at what a micromanaging boss is and how you should deal with them.

What Is a Micromanaging Boss? 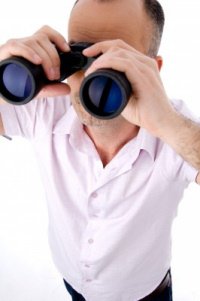 If you’ve not hear the term before, or you’ve heard the term and don’t know what it means; a micromanaging boss is essentially a boss who feels they need to closely monitor every last aspect of a project and who won’t let you get on with work the way you see fit. This then basically means a control freak who will be incredibly attentive to how you perform every minute detail of your work – perhaps even physically bearing over you. You might not even do anything wrong, but if you’re not approaching a task or a project in the way that they might, or doing it in the order they might, or the style they would, then this can mean you come under fire and are pressured to alter the way you’re approaching what you’ve been set.

Being this closely monitored alone is enough to cause you to struggle with your work load and you are going to find that it makes you feel very self conscious and more likely to make mistakes as a result. At the same time though everyone works better in different ways and this is what the micromanaging boss fails to recognize. Because they are forcing you to work the way that they think you should, this in turn means that you are not going to be working your best and creating your best results.

Apart from anything else this form of management is not going to make the most of the team and because your manager will be overseeing every aspect of the process and often making you re-do things this means that the same results will be achieved far more slowly as you are unable to all move forward. It also means that you aren’t all going to be bringing different skills and ideas to the table, and that instead there will only really be one influence on this project – the manager. They’re making more work for themselves and preventing you from doing your job properly – so you need to do something about it.

Here we will look at how to deal with a micromanager…

Ideas for Dealing With a Micromanaging Boss

If the problem is only a slight issue then you can deal with your micromanaging boss simply by letting them get their way for now. Be patient and wait it out and you should gradually start to win their trust as they see that you can do things. This will then mean that over time they start to interfere less and you can start to slowly introduce your style of doing things.

A micromanaging boss can only micromanage what they know you’re doing. If you take the initiative to do something ahead of time, or to improve something that they didn’t think of, or if you foresee an upcoming problem, then this will give you a chance to shine outside of their influence. This way you can demonstrate to your superiors that you have star quality, and you can demonstrate to them that you can be trusted and that your style of working works – but you don’t need to create an argument to achieve this.

If they are telling you to do something a certain way then they are likely to be very set in this idea and you are likely to struggle to get them to change their mind – control freaks don’t like changing their mind as a rule. Thus, if you want to get them to be more receptive to your ideas and suggestions you need to make them think that they came up with the idea or that you did it together. So point out the flaws in the current method of working (gently) and leave a trail so that they come to the same decision as you. However if you do this then you will not get the credit for the work you’ve done.

If your manager is constantly leaning over you then it’s because they want to help and it’s because they want to see a good job get done. Chances are they have no idea that they are in fact hampering your work. You can take advantage of this then by using that extra attention and help in capacities where it will be useful. So if they’re commenting on the wording of an e-mail you’re writing then you can simply say ‘I’m okay writing this e-mail actually thank you, but I could use a little help putting those letters in envelopes’. This then will direct their energies somewhere else and will mean that you have more time to focus on the things you want to focus on. In some cases they won’t want to help you with these more mundane tasks and that will mean that they will be less likely to offer to ‘help’ you again in future with things.

This is the rather brave option, but it’s also probably one of the most effective and productive. Simply explain to your manager that you appreciate how conscientious they are, but that your style of working is more effective when you are left to get on with things on your own. Make sure not to make it personal and to explain the facts and you might be able to solve a problem for the whole office. If you are still worried that this could feel like complaining, or if it isn’t getting you anywhere, then get a group of you who feel the same way to go together and you might have more of an argument and they may be more likely to listen to reason.

Your physical proximity to your manager is going to have a big impact on how often they intervene with your work and if you’re down the other end of the room then they are less likely to want to get involved. Apart from anything else if they can’t see you then they won’t stress as much about how you are accomplishing tasks – out of sight out of mind. So simply make up a reason to move (window glare, radiator, toilet) and then you should find you are pestered less. If you can work from home, or if you can get sent on business trips then do.

If this doesn’t get them out of your hair then you might need to take more drastic action and that can mean asking to be moved to another floor or another department. You can make up other reasons for wanting this move, or you can be honest and blame the micromanaging, depending on how you feel at this point.

If you aren’t able to move, or really don’t want to leave your office, then reporting the manager to their superiors or to HR can help you to get things done. Again this is more effective if a group of you go together and this way the higher management should see that by addressing the manager they are more likely to see better results from the rest of their staff.