In the BBC series Sherlock Holmes, Holmes pronounces to Watson that he is a ‘I’m not a psychopath, I’m a high functioning sociopath, do your research’, and this fascinating self assessment is one that gets many viewers questioning what precisely a sociopath is.

Sherlock’s proclaiming himself a sociopath makes the term seem almost romantic and interesting rather than immediately disturbing when usually we would think of the traits of a sociopath as belonging to a villain, not a protagonist. Here we will look at what the term sociopath entails, whether it is indeed distinct from psychopathy, and whether Holmes was right to diagnose himself as one.

Qualities of a Sociopath 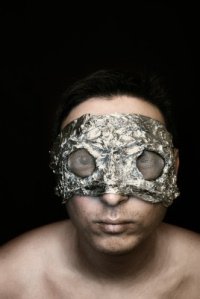 Someone who is described as a sociopath will have several traits that set them apart from those with no personality disorders. These traits include the following…

• Cold, calculating nature – The ability and willingness to use others around them to personal gain

• Charming – While the sociopath is unable to fully understand the emotions of others, they are capable but rather highly adept at mimicking them and might appear to be charming and normal at first

• Manipulative – Sociopaths use their superficial charm and high IQ to manipulate others to get their ends, and their lack of empathy allows them to do this with no sense of guilt or remorse

• Sexually deviant – The lack of remorse, guilt or emotional attachments means that the sociopath is happy to have affairs and to engage in questionable sexual activity without questioning their desires

• Lawfulness – Despite popular belief, a sociopath is not likely to be a problem to the law in later life, but rather will seek to find loopholes, to rise to a position of power, or to move to another area so that their behavior is tolerated

• Compulsive lying – As part of their facade, and as a means to an end, sociopaths are compulsive liars and will rarely speak truthfully making them hard to pin down

• The MacDonald Triad – In childhood sociopaths will likely have demonstrated the ‘MacDonald Triad’ also known as the ‘Triad of Sociopathy’, traits that often are demonstrated in sociopaths from a young age. These include animal cruelty (pulling the wings off of flies etc, bed wetting, and pyromania (an obsession with fire setting)).

Sociopaths of course vary in their symptoms and might act differently in different cases. However their main trait is presenting themselves as having the same empathy feelings and emotions as others when in fact they lack this emotional capacity. They are thus cold and manipulative and rarely see any problem with their actions.

Profile of a Sociopath

A sociopath is likely to have been a ‘problem child’ and exhibited difficult behavior when younger. As they grow older they are likely to be highly successful which is a result of their willingness to get one over on their competition and colleagues, a desire and belief in success, and lack of risk aversion. Thus they are likely to be found in positions as stock brokers, as CEOs or even as politicians. Many despotic rulers such as Gaddafi could be described as sociopaths.

Alternatively a sociopath might be likely to live on the fringes of society having little interest in people. They could be seen as eccentric and will most likely be independently wealthy. In other words they will either conquer the system or avoid it entirely. They will of course have few close friends and are more likely to make contacts with those they can use, or those they see as equals and that they can admire. They will tend to be cold and manipulative in relationships and potentially emotionally abusive though this might not necessarily be purposefully vindictive.

In all cases though the psychopath will appear highly intelligent, charming and charismatic to talk to and it is only careful guardedness that can uncover their true motivations.

Differences Between Sociopaths and Psychopaths

There is little agreed difference between sociopathy and psychopathy, but some psychologists agree that psychopaths are more calculating and measured in their actions. The psychopath will be more likely to construct a complex scheme or plan and to carry it out, whereas the sociopath is more driven by impulsivity. This makes the psychopath more likely to commit crimes and generally the term psychopath is used more generally to describe the criminally insane rather than just the lack of empathy.

So is Sherlock Holmes a sociopath? Well in terms of his lack of emotion, and his calculating nature he can certainly be seen as one. Meanwhile he has a low tolerance for boredom, charisma and an unusually high IQ coupled with a certain measure of narcissism. However his camaraderie with Watson and his love affairs suggest he is capable of emotion, while he shows no despotism – suggesting he might be more akin to someone with Asperger’s syndrome.