‘Short man syndrome’ is a condition in which a person has to deal with a feeling of inadequacy which can come from a lack of height – or a perceived lack of height. This is particularly common in men who gain a lot of confidence and status from physicality and who often gain pleasure from being able to feel physically imposing.

Short man syndrome is an informal term and not a medical or psychological condition and goes by other names such as ‘Napoleon complex’. Technically it is a form of inferiority complex in which the person attempts to overcompensate for their perceived shortcoming. The term is often used as a derogatory term also to describe those who are perceived as acting this way. 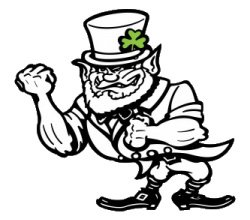 Thus the stereotype is that the smaller male with short man syndrome would be aggressive, likely to shout and talk loudly and seek attention and eager to prove themselves. Many people compare the typical short man complex to that of a smaller dog – which many note are often noisier and more aggressive than larger more docile dogs. Other personality traits have also been linked to Napoleon syndrome – for instance risk taking behavior and jealousy.

The term ‘Napoleon complex’ is used in reference to Napoleon Bonaparte who many believed conducted his tyrany and invasions as a form of overcompensation for his short stature.

Note: Interestingly however the term ‘Napoleon complex’ may well be a misnomer. While Napoleon is widely believed to have been very short, in fact historians have calculated his height to be around 5’6′ which was average for the time period. It is believed that the confusion stems from miscalculations caused by the difference in English and French measuring units, and from the fact that Napoleon was often portrayed alongside his guards – who were all taller than average.

Of course the primary cause of short man syndrome is the aforementioned overcompensation. This is one of the ego defense mechanisms as described by Freud, the idea being that the individual could this way protect themselves from the belief that they were smaller in size. At the same time the lack of confidence regarding their height might cause them to try and distract from it by proving themselves able to ‘mix with the big boys’.

Short man complex has also been linked to evolutionary psychology – which looks at our psychology as a race and how it could have developed through evolution due to the survival value of particular behavioral traits. In the case of short man syndrome it may be that in the wild smaller individuals needed to make more noise and act more aggressively in order to compete for food and mates. Indeed studies have demonstrated that in the wild, smaller creatures often do attack first.

Another interesting theory turns this evolutionary idea on its head however. This is the theory postulated by research from Ohio University in which psychologists suggest that larger combatants delay actual combat as much as possible in the hope that the smaller party will recognize the odds are stacked against them and back down. Meanwhile while the smaller individual might stand to gain from the confrontation, the larger half is likely already in a strong position (the ‘desperado effect’). Smaller individuals also require fewer resources and are less hindered by injury (due to their smaller body weight). Thus it might not be that smaller males are more prone to attack first or act noisily – but rather a case of ‘gentle giant syndrome’ where the larger individuals are more reluctant to engage in confrontation and the smaller individuals look more aggressive as a result.

There are other possible explanations for short man syndrome however. For instance the mere fact that someone who is shorter may have more difficulty getting attention in general. They then may have developed louder behavior as a necessity and as a way to get others to take notice. If this brought positive reward, that would then be a form of positive reinforcement that could condition them to behave this way. The very stereotype of short man syndrome meanwhile might lead their behaviors to be perceived as stemming from their insecurity.

However what this study neglects to take into account is that short man syndrome is used to describe a specific and unusual level of overcompensation. In other words there wouldn’t necessary be a correlation between height and aggression in all cases, rather just one or two outliers who have the ‘condition’.

One method would be to simply change the way you think. To recognize that first of all most people aren’t going to view you drastically differently as a result of your stature. Often your perceived shortcomings are just that – perceived – and if you get rid of cognitive biases then you can see that people aren’t actually viewing you any differently. The best way to achieve this is to use something called ‘cognitive behavioral therapy’. This is a form of therapy in which you are taught to better recognize and understand the contents of your own thoughts and from there to then be able to control and change their content. Seeing a cognitive behavioral therapist will teach you to use ‘mindfulness’ in order to reflect on your potentially negative thought processes and positive affirmations etc in order to replace these for more positive ruminations.

Looking at some of the positive benefits of being shorter can help you to overcome your short man complex too. For instance, note that shorter people tend to be able to more easily gain muscle and thus often appear stockier and so more imposing as a result despite what they lack in height. Meanwhile as someone smaller you will have a lower center of gravity and you will be better able to keep under the radar as a dark horse. Shorter individuals are also often more agile and have better reflexes and some women prefer shorter men as they are less intimidating or ‘cuter’.

If you are very unhappy with your height then there are ways to compensate physically that might help you. For instance it is possible to wear ‘height insoles’ that fit into your shoes and then elevate your heel thus making you taller and so more imposing again. No one needs to know you’re wearing them, but they will add a good 2-3 inches to your height taking you from short to average or average to tall and you can this way feel more confident in social situations.