Suicide in many cases is used as a form of communication – as a ‘cry for help’ that an individual uses in order to try and draw attention to their situation and to get the help and support they need. Sometimes it is used as a way to escape and after attempting suicide the individual is likely to either escape from their current situation by ending their life, or at least escape from their current situation by being sent into care or getting counseling. 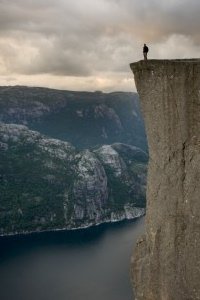 However suicide is of course a very desperate cry for help, and it is one that most of us will certainly consider to be a ‘last resort’. This means that in most cases a person will use other cries for help to draw attention to their desperation before turning to suicide. It is partly the job of their friends and family then to identify these cries for help and to then intervene and before their situation gets any worse.

If you are going to be able to help prevent a suicide, then you need to be able to identify the signs and symptoms of the condition and to be able to correctly interpret those ‘cries’ for help so that you can act early and intervene before your loved ones do something to cause themselves harm. Even an unsuccessful attempted suicide can be highly dangerous both for the person themselves and for those around them. Here we will look at how to recognize suicidal behavior so that you can help them or get them to seek help professionally. Following are some of the signs and behaviors you might expect to notice if someone is contemplating attempting suicide, as well as some other ways to identify this as a possibility.

First of all we will look at some risk factors. No behavioral indicators can say with certainty whether someone is going to go so far as to attempt suicide, but certain demographics are more likely to statistically than others. If the individual in question falls into any of these categories then this might give you more reason to worry.

If the individual falls into any of these categories then any warning signs or behavioral patterns should be taken even more seriously. Here are some to look out for.

If someone has been acting very sad and withdrawn then this is possibly a sign of depression which can often lead to suicide. Weeping for no reason is a particularly serious sign of potential suicide risk and is fortunately easy to spot. If someone cries for apparently no reason on regular occasions, then you should consider getting them some professional care.

However potentially even more worrying is a sudden calmness, and many individuals who are contemplating suicide have a sense of resignation that can result in them acting very calm and even peaceful in the days leading up to their attempt. If they have gone from appearing excessively sad and exhibiting mood swings, to suddenly acting calm and peaceful then this can be a very dangerous sign and it’s important to look out for other signs that the calmness may not be all it seems.

Excessive withdrawal from social situations is both a cause for suicide and a symptom of suicidal thoughts.

While the individual will probably not view it as such, sometimes self harm can be a ‘prelude’ to suicide. It’s also dangerous in and of its self, so look out for signs that the individual might be engaging in such activities such as marks on the forearms or elsewhere. If they suddenly seem to dress in a more covered manner then this might be done in an attempt to hide the signs of self harm.

If the person seems to have given up maintaining their appearance then this can suggest that they have given up on making effort and you should ask yourself why this might be. Coupled with the other symptoms this can be a worrying sign.

You might also find that the person who is resigning themselves to suicide is generally less able to put effort into all of their actions. This can come across as a general lethargy, disinterest and slowness in their actions. If they just seem to be making less effort, and to be less engaged, then this might be the reason.

Alternatively sometimes you can experience a different kind of behavior prior to suicide. Here the individual is trying to fight the desire to commit suicide and so they make sure to keep themselves busy and to surround themselves with people. They might throw themselves into their work, or generally be highly active. While this can seem healthy and positive even (especially if they previously were acting anti social), if it comes on very suddenly and if it seems ‘desperate’ and unnatural, then it can be a warning sign as well.

Someone who is contemplating suicide seriously might go about making ‘preparations’ in the same way as a terminally ill patient. This might involve sorting out a will or other suspect behavior, or it might just mean making peace with the people around them and trying to make sure that everyone will be looked after once they are gone.

A preoccupation with death can reveal itself in many ways. The person might seem to take an interest in spirituality, or they might find the imagery of death interesting. If they feel drawn toward the concept of death, or curious, then this is something to be weary of.

Sometimes people will actively inform you that they intend to commit suicide – or will even use it as a threat or a bargaining posture (‘don’t leave me or I’ll kill myself’). This can be highly distressing and often it is more a cry for help than it is a genuine interest in suicide. However if that doesn’t mean you should ignore their threats – it should still flag up a serious case of depression and at the same time it can sometimes genuinely lead to suicide attempts, so take this person seriously and refer them to a professional (this is also a way to prevent them from blackmailing you emotionally which some individuals might do).

If you are still unsure as to whether someone is contemplating suicide then a good way to get a good idea is to simply ask them directly if they are thinking about it. This might seem like a heavy handed approach, but often the person will be relieved to talk about it, and the simple fact that they know you know can make it more difficult for them to go ahead. And even if the person denies their intention, if they are that genuinely depressed then often their body language will speak volumes and you’ll be able to tell for sure.

Once you’ve identified someone who is contemplating suicide make sure to talk to them about it, to make sure they know you’re there for them, and to make sure they can speak to you. If you are very concerned then be sure not to leave them alone and to stay with them at all times, and most importantly make sure that they get professional help or spend some time in rehabilitation.