Maladaptive daydreaming is a controversial condition in which an individual daydreams to an abnormal amount – such that it begins to have negative impacts on their real day to day life. The condition will vary between different people in terms of the symptoms and severity, but commonly it can described as having the following features: 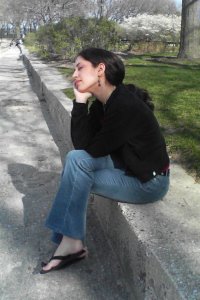 • The individual experiences highly immersive daydreams that seem hyper real – and that at times may be scary or confusing.

• The individual develops emotional attachment to the characters in the daydreams, and to the situations.

• They may express emotion in accordance with their daydreams – for instance laughing, crying, smiling or frowning during their daydream.

• Often there is a described link between the daydreaming and music. Either the individual uses music in order to incite daydreams, or they find themselves unable to stop when they hear music.

• The daydreaming is compulsive and the individual finds it hard to stop – even to the detriment of other activities and behaviors.

• Often there is some form of tick or movement/behavior that the individual engages in unconsciously while daydreaming – such as tapping a pencil, chewing nails or bobbing their leg up and down.

• Individuals may exhibit some symptoms that are similar to ADHD and other disorders – such as short attention spans and general detachment from reality.

The definition and diagnosis of maladaptive daydreaming is something that is still debated and it has yet to achieve official status. Thus there is currently relatively little research into the topic and few decisive courses of action recommended by doctors. However there is a huge amount of support for ‘MDers’ as they are known online collectively and many forums.

However that said, it is possible to make some educated guesses as to the causes and possible treatment for maladaptive daydreaming by drawing parallels to other conditions.

Often daydreaming is used as a form of ‘escapism’ and this suggests that an individual is unhappy with their real lives. For instance if someone creates ‘imaginary friends’ then often this might be as a substitute for real friends and that person might feel lonely. Meanwhile if the individual experiences daydreams of being a superhero and fighting crimes and flying, it may be that they feel ‘powerless’ in their day-to-day lives. Someone who dislikes their job may daydream of punching their boss, or someone who is sexually frustrated may have daydreams with explicit sexual content.

Today’s culture also seems highly likely to trigger daydreams – as we spend much of our lives sedentary and in doors, while reading about, watching and controlling fictional heroes doing extraordinary things.

If you do not get enough REM sleep, then studies have shown the possibility of dreams ‘bleeding’ into your daylight hours. Daydreaming could also be linked to various psychological conditions, such as schizophrenia (visual hallucinations) or psychosis.

As mentioned, there is no official ‘treatment’ for MD as it is not recognized as a condition officially. However there are some methods you can use yourself to address the symptoms, and the online communities suffering from the conditions have suggested various methods for preventing the tendency from getting in the way of everyday life.

Alert your friends and family of your problem and ask them to nudge you whenever they notice the patterns of your daydreaming.

When you are in the house alone, set an alarm on your phone to go off and then press snooze every time it does. This will sound an alarm every five-ten minutes that can hopefully startle you out of a daydream should you be having one.

If you are tired then you are going to be more likely to experience distracting daydreams. Avoid this by making sure you get lots of high quality sleep. Sleep for eight hours a time, make sure to create a conducive environment for sleeping (shutting out all light and noise) and address any issues such as sleep apnea. If you don’t think you are getting enough sleep then attend a sleep clinic where you can have your sleep monitored.

If you are still drifting off in meetings and lectures then try using something to keep you more awake such as tea or coffee which will increase your metabolism thereby keeping you more awake and preventing daydreams.

If you are daydreaming as a form of escapism or to create imaginary friends, or as catharsis for sexual frustration, then the daydreaming is really just a symptom of a more complex problem. Address the underlying cause of your daydream and try to make your life happier and fuller to prevent the ‘need’ for daydreaming.

Daydreams are not always maladaptive, and in fact they serve a great way for us to make plans and visualize the futures we want. Make an effort to take the themes of your daydreams – and to make them a reality.

Therapy can help you to identify these underlying causes, and can teach you to have better control over your thoughts. ‘Cognitive Behavioral Therapy’ is one particularly good form of therapy that will help you to control and recognize your thought patterns better.

In rare cases medication might be necessary such as anti-psychotics or antidepressants might help to combat the symptoms (in conjunction with therapy). Make sure though that you always consult a doctor and do not consider self medicating which can have numerous negative side effects.