You’ve probably heard of reverse psychology before and may even have a good idea of what it is. The idea of reverse psychology was originally introduced in 1970 by the German psychologists, Adorno and Horkheimer. The theory was that people will say, do, or believe the exact opposite of what you want them to. They tested this theory and found it to be entirely correct.

Just knowing what reverse psychology is isn’t enough for you to be able to put it to good use. Learning how to make reverse psychology work for you just might be that little extra something that puts you one step ahead of the others. 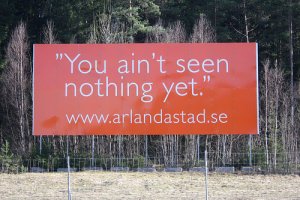 In order to really take advantage of reverse psychology (and not have anyone catch on to it), you really have to have a clear understanding of what it is and how it works. The idea is to say something or respond to something in a way that is opposite to what you really think in order to get the opposite response from the other person. Take any argument, for example. Rather than battling for your own side, simply state that you agree with the other person. The majority of the time they will then decide that you were right after all. The psychology behind why this works is unclear; it just does!

You have to be sure that you know exactly what you are saying and what it is that you want from the other person before trying to implement reverse psychology. If done incorrectly, it will either just be clear that you were trying it and failed, or people will just think that you are less intelligent than you are.

Use it in Relationships

Men often complain that women always say the opposite of what they are thinking. Perhaps women are just pre-programmed to be reverse psychologists? Whatever the reason, the majority of people can agree that when it comes to dating, few women say exactly what they are thinking. Well men, it’s about time you learned to do the same. If you think your partner is constantly saying the opposite of what she feels, maybe try using that same concept to your advantage. For example, if the two of you are discussing moving in and she says she doesn’t think the time is right, don’t argue.

Instead, tell her that you completely agree and that you yourself even felt that waiting would be the best idea. The majority of the time, she does want to; she’s just waiting for you to make the first move or to fight her into it. By agreeing with her, she will almost always come back and say that she changed her mind.

Use it at Work

Using reverse psychology is especially useful if you are in sales of any kind. While you probably do not want to use it on your boss or superiors, you can put it to work on your clients and customers. The idea is basically to get your customers interested right away by making them believe that they absolutely need your product or service; that their lives simply are not complete without it. Also, by using this technique to make your customers think that your loss is their gain, or that you have much more to lose than they do, it suddenly seems to them as if you are doing them a favor and makes them much more eager to seal the deal.

Use it as a Parent

Parents on the whole are armed and dangerous with a variety of techniques to teach and discipline their children. If you haven’t used reverse psychology on your children yet (or maybe just don’t realize that you have), it’s time to add it to your parenting skills repertoire. It’s a well-known fact that children are notorious for waiting for you to tell them something and then doing the exact opposite. Nobody knows why, but children thrive on doing the opposite of whatever they know is expected of them; that may very well be a version of reverse psychology in and of itself!

So, being the brilliant parent that you are, try putting some reverse psychology of your own to work. By telling your children the opposite of what you want them to do they may (after being slightly confused) do exactly what you want them to. It’s important to keep in mind, however, that children are impressionable little beings. Only use reverse psychology in special circumstances and avoid using it in ways that could harm your child’s comprehension or self-esteem.

One important thing to remember no matter when or how you decide to use reverse psychology is that there is a major difference between psychology and manipulation. Using reverse psychology every once in a while is okay so long as no one is going to be injured by it. If you take it too far, don’t have a firm understanding, or try to use it too often, you will quickly become known as a manipulator. Remember that once tarnished, your reputation is something you can never get back; no matter what kind of psychology you try to use.