Hollywood would have us think that personality disorders are incredibly rare and that anyone who suffers from them is simply not normal. In reality though, a huge percentage of people are suffering every day from personality disorders and most of us probably don’t even realize it thanks to modern therapy and medication. 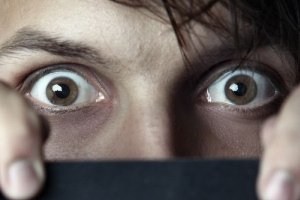 There are several different types of personality disorders, but we’ve outlined a few of the more common. It is likely that they are terms you have frequently heard but perhaps don’t fully understand. The most important thing to realize is that personality disorders are very real and that the people suffering from them are not “crazy,” they are struggling with an illness that has turned their lives upside down.

More commonly referred to as “multiple personality disorder,” dissociative identity disorder is a mental process in which the person completely loses any connection between their thoughts, feelings, and memories. This disorder is not something that you are born with or that slowly comes on over time. It is generally the effect of extreme and repeated childhood abuse or trauma.

Repeatedly suffering from physical, emotional, or sexual abuse can cause any number of psychological issues. In the case of dissociative identity disorder, the dissociative aspect is used as a coping mechanism. The person literally just disconnects from the abuse and becomes someone else. This leads to a total lack of connection between thoughts and memories, leading the person to believe that they are two or more people. While this disorder is incredibly hard to understand, it is very real. This disorder is considered to be one of the most severe, due in large part to how it began. The people suffering from this disorder experienced something so traumatic that they literally forgot who they really are.

The prime characteristic of dissociative identity disorder is the presence of two or more personalities. Each personality or “alter” is a completely different person with a separate name, race, gender, etc. Some people even have alters that are animals. “Switching” is the transition from one personality to another.

Some of the other symptoms of dissociative identity disorder include:

• Psychotic symptoms such as hallucinations or suicidal tendencies

• More general symptoms include things like headache, nausea, and fatigue.

Those suffering from this disorder tend to have very strange tendencies and their perception of reality is very distorted. Schizotypal disorder is one that is hard to describe, but once seen is clearly understood. The person just thinks and acts so adversely from what is considered the “norm” that it causes them a significant amount of anxiety. They feel that they are unable to control their actions and the fact that their personality offers them no flexibility only adds to their distress.

Because they feel so out of place, people suffering from schizotypal disorder have a difficult time coping in different situations and also have a hard time forming and maintaining healthy relationships.

Aside from the oddities, other schizotypal symptoms include:

• Being somewhat isolated; not having many friends and being uncomfortable in social or intimate situations

• Awkward, stiff, and off balance

This disorder is part of a group of disorders know as eccentric personality disorders. Along with appearing peculiar, people with paranoid personality disorder (PPD) suffer from extreme paranoia; they constantly believe that others are not to be trusted. PPD sufferers always have their guard up; they are suspicious and believe that there is always someone out to harm them. These thoughts have no reason behind them which means that their tendencies make it incredibly difficult for them to establish and maintain close relationships.

A concrete cause for PPD has not yet been established, though it generally beings in early adulthood and is more common in men than in women. Research thus far has shown that people with close relatives who suffer from schizophrenia are more likely to have PPD, which proves that there may be a genetic cause behind the disorder. As with other disorder, trauma during early childhood may also play a role in PPD.

Because this disorder is all about misplaced paranoia, the majority of the symptoms are obvious within their relationships:

• Do not trust the relationship and are constantly questioning the commitment

• Unable to take criticism; usually act out in anger

• Always find a “hidden meaning” in things that are said

• Always accuse partners of being unfaithful

• Stubborn, hostile, and quick to start an argument.