A maths learning disability is something that can make getting through school very difficult for children and that can create many problems in later life. Technically called ‘dyscalculia’, a maths learning disability is a real condition like dyslexia and needs to be identified and addressed early to help children to get the help they need in school, and to help adults to recognize that they have a problem and to start finding ways around it.

Here we will look in more detail at dyscalculia, where it comes from and how to deal with it. 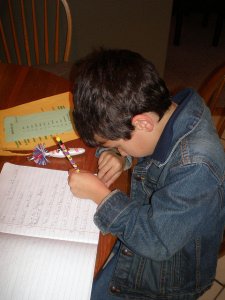 Dyscalculia is a learning disability that specifically involves maths. It can affect difficulty in understanding and remembering numbers, in manipulating numbers and in using algebra. This can be a developmental condition similar to dyslexia, and can be the result of certain forms of brain injury (in which case it is known as ‘acalculia’). Other things may also be affected as a result of this dyscalculia, for instance spacial awareness and reasoning as well as measurement and time management. In some cases arithmetic can be unharmed.

Maths learning problems can correlate with a low IQ, however dyscalculia is a problem that affects individuals across the spectrum of IQ and indiscriminately. It affects around 3-6% of the population.

The first symptom of dyscalculia is poor ‘subitizing’ which is the ability present in most children from a young age to look at a selection of items and to be able to estimate a roughly accurate amount. As a child develops it will often come to light that they have trouble with financial planning, reading analog clocks, with multiplications, poor directions, problems remembering names, low ability with differentiating between left and right and often increased ability in writing based tasks. Interestingly it has also been noted that often those with dyscalculia also have ‘latent inhibition’ which is hyper-sensitivity to light, smell and noise – which often results in a more powerful imagination for those individuals.

Currently there is no agreement on a single cause for dyscalculia. However research is being conducted into the role of certain areas of the brain. Lesions in the supramarginal and angular gyri for instance may play a role. These lesions can be developmental due to problems with normal brain development, or they might be the result of a subsequent trauma or brain condition (tumor, stroke etc). Psychologists Adams and Hitch meanwhile postulate that it may be a broader problem with working memory which is crucial for mental arrhythmic (this being the memory for short term holding of numbers and concepts).

Problems with the mathematical regions of the brain could result in increased sensory experience or language skills as a result of brain plasticity and compensation, the brain developing more strongly in other areas as they are used more heavily and to attempt to compensate for damaged maths ability. This is similar to how those who suffer with language skills are often skilled mechanics and engineers.

Treating a maths disability is possible as is developing coping methods though there is no ‘cure’ as such. Patients are encouraged to view the condition as a ‘difference’ rather than a disability. There is software developed to help remediate maths disabilities, while general brain training and practice may also help to develop the working memory and to come up with mental ‘tricks’ that can make it easier to handle maths problems, such as counting on the fingers or using words that sound like numbers to memorize sequences. For instance to remember the number 3,7,8 you could think the words ‘tree, heaven, gate’ and then imagine pearly gates with a tree behind them.

It is also possible to compensate for dyscalculia with the use of calculators and other tools. It is important that teachers be made aware of these conditions when teaching children and that they provide the necessary allowances to help create a level playing field and to help keep the children’s confidence high.

Research is being done into the possibility of one day using non invasive stimulation to the parietal lobe to help improve number learning abilities. One study using TDCS (transcranial direct current stimulation) was able to measure changes lasting for over six months.