When we think of ‘contagious’ things, our minds tend to turn to things like colds, flues, and rashes. We think of illnesses which spread via bacteria and that are of course contagious for that reason. However viruses and bacteria are far from the only things that can be contagious. For instance a mood can be contagious – and if someone is in a good mood around you, then it won’t be long before their singing and smiling lightens your mood too.

The Damage a Negative Person Can Do

Similarly, negativity can also be a very contagious trait, and if you’re constantly around someone who is very negative then you are going to find that over time you start to become more negative yourself and that it drains your energy and your good will. If someone constantly outlines all of the things that can go wrong in a situation, or all of the reasons something won’t work, then you are more likely to become aware of them yourself. If you are trying to have a good time meanwhile and someone points out that they’re having a rotten time, then suddenly the positive energy is sapped from the day as everyone becomes aware that at least one person isn’t having a good time… so maybe it isn’t that great here after all? 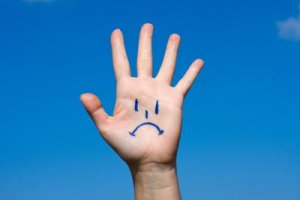 Negativity affects everything you do. If you have a dream for instance and someone negative tells you constantly that you aren’t going to achieve it, then suddenly you start to wonder why you’re bothering in the first place – and so you stop trying. You may never have achieved your dream, but if you stop trying them you’re certain not too, and at the same time you will find you lose the motivation that came from simply having a dream and a goal. Likewise you will start to see the worst in other people, as that negative influence kindly points it out to you, and you will likely enjoy every event you go to just a little less.

How to Handle Negative People

Put very simply you don’t need such negative influences in your life as all they will do is drain you and make you less happy as well as making you less successful. If you can avoid these people entirely then you should, or at least you should keep them at arm’s length until they work things out.

But in some cases you can’t simply shut people out of your life – for instance what if it’s one of your parents who is that negative influence? One of your oldest friends? Or someone you have no choice but to work with? In these cases it can be harder to deal with that negative person and you need to get more creative. Here we will look at some ways in which you can better handle negative people and how you should stop their behavior and their negativity from affecting you.

If you tell someone your plans and they constantly get shot down, then you should simply avoid telling them. If you don’t tell them anything you are sensitive about or that you care too much about, then they won’t be able to hurt your feelings or sap your enthusiasm for that topic. If they want to be pessimistic about the weather meanwhile – well that will likely be easier to shrug off.

It’s hard to address anyone directly about a character flaw such as negativity without it becoming a serious issue and cause of tension. However you can protect yourself from their negativity as well as making them aware of it by using humor and teasing them about it. A bit of sarcasm can often go a long way to help deflect negativity. For instance if you invite them to the office Christmas party but they don’t want to come because they don’t really get on with anyone or because they think it’s going to be miserable then you can just laugh and say ‘yeah we’ll probably have all topped ourselves by the end of the night… ‘.

If someone is negative all the time then they will tend to find that they end up in quite a ‘dark’ world. Of course this is partly because their interpretations of the world around them are more sullen than most people’s, but at the same time it’s also because other people are likely to treat them differently. For instance if someone is very negative then other people aren’t as likely to like them, and so are more likely to be negative towards them. In this way the person is stuck in a vicious cycle and if you break this cycle by being an uplifting influence and saying positive things to them then you might be able to help them climb out of that pit.

If someone tells you you can’t do something, or tells you that what you’ve done is useless, then you shouldn’t let this get you down. Instead ensure it has the opposite effect and let it motivate you to do better. Make it your mission to show them they’re wrong and to triumph where they expect you to fail. Not only will this help you to become immune to their pessimism, it might also help to show them that good things can happen if you have some positivity.

Another way that a negative person will often sap your energy is by simply regaling you with their tales of woe. If this happens a lot then you can feel mentally exhausted at the end of these one sided conversations. The solution is simply not to listen and to just say instead ‘Oh come on, it can’t be all that bad’ before moving swiftly on to something else. This way you also aren’t ‘rewarding’ their whining behavior by giving them attention which will only make them do it more.