When we were younger, most of us looked up to someone. For the majority of us that would mean our parents, but on top of that it wasn’t unusual to also find ourselves looking up to heroes on television and in films. Maybe we wanted to be Arnold Schwarzenegger or Optimus Prime or Britney Spears. These were figures who seemed to embody everything that we thought was good, all of the ideal traits that we would like to be able to possess for ourselves, and the kind of life that we would one day want to live. 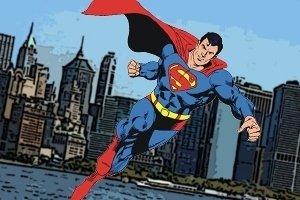 Of course there were hundreds of great role models out there and there are countless examples of successful thinkers, artists, athletes, singers, writers and more for us to aspire to. For some reason though these people stood out among the crowd and were the ones that we really took notice of and tried to emulate. Perhaps we sensed a kindred spirit, or perhaps they reminded us of one of our parents. Either way, once the role models were chosen, this would become a long – sometimes even lifelong fascination that we would take into adulthood.

But is a role model always a good thing? Is it something that’s more applicable to children? And how do you go about choosing your role models and influencing who your children look up to?

The Positives of Role Models

When role models fulfill their… role… the way they’re supposed to, they can provide us with a range of benefits. For instance they can provide a model for living and for getting to the point we want to be at in our lives. For instance if you’ve always wanted to be a singer, then seeing someone who is successfully living that dream not only gives you a concrete example to aspire to and to show that it can be done, but it also gives you a template for how to go about achieving that. You can see how they approached their aim, and then you can see if taking a similar approach works for you. In this case that would probably mean finding an agent, getting singing lessons etc etc. This also gives you the motivation to keep going, and hopefully when you see that person perform you will be inspired anew, and you will be motivated to do your own training.

At the same time a role model can be a comfort and almost a surrogate parent in our own minds. For someone who has a true idol, seeking out their words of advice and their shared secrets is a great way to get guidance and advice in your own life.

Finally, having a role model can also make life more exciting in some ways. It’s great to have a ‘favorite’ and watching a sports game is made very different if one of your heroes is on the pitch/court and this can help you to get more involved in what’s going on in the game.

How a Role Model Can Be a Bad Thing

When a role model becomes a bad thing is of course when that idolization becomes more of an obsession and your affections become blind. If you have a role model that you really aspire to be like and they change their clothes or hair cut, then it’s harmless and gratifying to borrow some of that style advice yourself. Similarly if your favorite artist/writer/philosopher should influence your own work, then again this is normal and gives you more of a solid foundation to build upon.

The problem then though comes when you become so obsessed with that role model that you end up losing your own sense of self and your own identity. You don’t want to be the new David Beckham, you want to be the first you. And if you are blatantly following every fashion decision that the footballer makes then you are in fact being nothing like him – because the trait that you aspire to be like is the bravery to try new things and to create fashion trends, not to copy someone else’s.

Likewise there will come a time when your role model lets you down. This is true whether it’s someone in the media or it’s your own parents. In Hollywood in particular it’s not unusual to see your own hero go on a drunken binge, assault a cop and then get caught snorting some kind of drugs. Someone who can look logically at the situation will realize that it’s the person’s work/career/charisma that they are inspired by, and that their personal behavior should have no bearing on that. Someone else though who is less stable might decide to imitate that behavior too, or they might be crushed at the feeling of being let down by their hero and lose their direction. Remember that though the person is your hero, they are still human. How they achieve greatness despite their character flaws is partly what’s to be admired (though this is a benefit of a fictional hero – Optimus Prime rarely does go on drunken binges… ).

Finally you need to be careful not to compare yourself unfavorably to your heroes. While having a hero should give us confidence and motivation, there are times when it can have the opposite effect as we find ourselves asking why we haven’t yet achieved the same success, or why we aren’t as famous.

There are a couple of things to remember. The first is that your role models weren’t born successful. In fact they probably went through a time very similar to you and if you were to look at how they started out then you’d realize that they might too have one day thought they’d never make it. Look at Sylvester Stallone – before he had his hit film Rocky he had been turned away by almost every agent in the area and had barely two pennies to rub together. At that point he’d probably have gladly swapped places with you. The secret was perseverance.

At the same time though there are some things that aren’t just a matter of perseverance. For instance if you want to have the good looks of Tom Cruise then no amount of training and creative thinking is going to help you with that. The only answer is plastic surgery and that’s far from advisable. Instead then, consider the way your looks are different to his as a plus and don’t obsess over the ways you are different. Likewise remember that you are un-airbrushed and don’t have a multibillion dollar team behind your looks. If you do find that your role models are making you feel less confident though, then consider looking at role models more similar to yourself.

Role Models for Your Children

Your children are likely to pick up role models as well just as you might, and it’s important that they get more positive benefits from this than negative. So how do you make sure that they have a positive experience in this regard? First of all you need to ensure that you yourself are a good role model for them. If you can make them look up to you, then that will enable you to counteract many of the negative influences they might have from elsewhere in their lives. Likewise if you provide a good enough role model and they end up wanting to please you and wanting to be like you – then that will mean that they seek out more role models they think you would approve of.

To be a good role model, and to be the kind of role model your children will respond to, then you need to make sure that you don’t try too hard to win their approval. Doing so will only make you seem desperate and they won’t respond to that. Don’t try to appeal to your child’s sense of ‘cool’ but instead be secure in who you are and the confidence you exude as a result will show.

A similar truth goes for trying to encourage your children’s choice in other role models. If you try to encourage any role model for your children too strongly then it will instantly become un-appealing. Rather let them choose their role models mostly themselves then choose which choices you want to support. Take an interest in what your children are watching and listening to, and if you think it’s a good influence then encourage this behavior by giving them the financial means to continue.