Meeting someone who is an out and out snob can be an unpleasant and upsetting experience. While it might not seem like something that should give you pause for thought, the reality is that if someone is acting ‘snobbish’ toward you it is actually a form of discrimination. For whatever reason they are acting as though you are beneath them or as though your way of acting is somehow ‘wrong’ whereas theirs is correct. While this is of course highly unpleasant though, if you know how to respond it is at least possible to minimize the damage and to put them in their place – or at least to neutralize the tension.

Here then we will look at how to deal with someone who is snobbish, and we will examine a little of where it comes from. 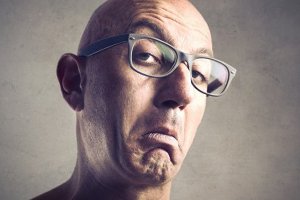 If someone is acting snobbish then this means that they are treating you as though you are beneath them and somehow less accomplished, and they will likely generalize this viewpoint to your acquaintances, your clothing, your dialect and your attitude to things.

No one is safe from snobbishness. While you might think that snobbishness is a trait of ‘posher’ people who might look down their noses at people who seem to them to be ‘common’ or less well spoken, this is not actually the only form that snobbishness can take – at all. Just as common is for people who are perhaps less affluent to look down their noses at those ‘posh’ people and to assume that they ‘don’t know what real work is’ or to mock their voices. This is sometimes referred to as ‘reverse snobbery’.

So in other words, snobbishness is really the act of judging any group as less worth than your own, or looking at any behaviour as ‘wrong’. Generally it revolves around class, around money and around culture and attitudes. It is distinct from racism or sexism which of course are based on sex or race, and is more concerned with lifestyle.

Where Does Snobbishness Come From?

To understand and deal with snobbishness it’s important to identify where it comes from and how it started in the first place. In short, like many forms of discrimination, snobbishness comes from a sense of feeling threatened by a group that are different, along with a lack of understanding for how that group operates. In short it is a form of insecurity, and a way to hang onto a perceived sense of power and righteousness.

For instance, someone who has been brought up surrounded by money and who has been taught to pronounce everything they say in a certain way, might see someone who has had to make their way on their own and who is perhaps more ‘rough around the edges’ as being a threat because that alternative way of life is alien to theirs, and because it has resulted in someone who is likely to be more hardy, more straight talking and more practical as a result of having to do more themselves. These are traits that the ‘posh’ individual may be lacking and so they are intimidated by that person. They might also feel a sense of guilt at having been handed their wealth, and as a result of these feelings of guilt and insecurity they end up trying to play up their own strengths and looking own their noses on the person from the other group. This is nothing more that an ego defense mechanism.

The same works the other way around – here someone who has had a blue collar upbringing might find the resources and enunciation of someone who has been raised with a ‘silver spoon in their mouth’ threatening as it gives them advantages in life that are difficult to compete with. Again then to help elevate their own status and protect their ego they might mock the accent of the ‘posh’ person and they might sniff at their traditions.

As well as insecurity there are often other emotions at work too – as mentioned there is sometimes an element of guilt, and this can be combined with jealousy and resentment. The grass is always greener on the other side as it were and it’s often common to see the merit in the way the other person was raised and to resent not having all the same opportunities. And then there’s an honest and straightforward fact that many people don’t understand the other way of life and can’t see the merit. This is simply a matter of different tastes, but it can come off as snobbishness if you openly criticise something that someone is interested in without giving it the proper consideration and critique first.

And lastly this is an example of ‘group think’ where you reject other groups in order to strengthen your affiliation and position with your own and in order to justify your choice of lifestyles. It’s an example of ‘convergence’ and ‘divergence’ which is a term used in sociology and business that describes our tendency to become more like those we spend time with and less like those in competing groups.

How to Counter It

Now you understand the mechanisms behind snobbishness you can hopefully realize that this is very much not a ‘personal’ attack and that it’s not ‘your fault’ as it were. This is simply a not-so-pleasant facet of human behaviour. However that doesn’t mean you have to like it, and it doesn’t necessarily make it any easier to deal with. Here are some examples of how you can deal with snobbishness.

Challenge Their Expectations: If someone has already formed an opinion of you then often through the ‘self fulfilling prophecy’ you will end up reinforcing that belief. The reason is simple – they believe you to be a ‘bad egg’ and thus they treat you as less worthwhile. You understandably get riled at this and begin to act aggressively which in turn enforces their belief about you and proves them ‘right’. Rather, try to let their comments and looks wash off you like water off a duck’s back, and see if you can change their opinions as you might be doing them a favour.

Be Open: Often if someone is sending you ‘snobbish vibes’ it may be that you’re doing the same thing without realizing it. They’re acting prickly because you’re doing the same to them. You might be so busy expecting them to act snobbish that you end up bringing it out in them, and you might find that you’re being actually just as judgmental to them as they are to you. Make sure you view them as just another person and another potential friend and you should find they act a lot more warmly toward you as well.

Consider Your Audience: No, there is no reason for you to have to ‘change’ to moderate your behaviour so that other people like you and you are perfectly entitled to behave the way you always have. However if you do want to get along with this person and to cause as little friction as possible, then it is only polite and normal to moderate your behaviour to some degree to suit the person you are talking to. If they are ‘posh’ then perhaps talk about something that is likely to interest you both and do so in a way that’s more suited to their tastes. Likewise if they ‘aren’t posh’ then adjust your conversation accordingly. Just as you don’t talk to your grandma in the same way you talk to your friends, this is just common courtesy and part of getting along with people.

Educate Them: If they seem to not understand the merit and the value in your point of view or your interests and tastes, then there is no harm in trying to convey your passion. When someone is from such a different lifestyle and upbringing there is actually a lot you can learn from each other making friendships very worthwhile. Take the time to try and introduce them to your passions and let them introduce you to theirs similarly.