Meditation has traditionally gotten a bit of a bad rap from the general public due to an association with ‘hippy’ ideas. Meditation has often been viewed with a mixture of derision and suspicion but that is gradually starting to change. Which is only right, as meditation is actually just a fantastic tool for sharpening the mind.

While many people think of meditation as a way to ‘achieve enlightenment’, to recreate the effects of hallucinogenic drugs, or to practice various religions; the reality is that meditation is simply a form of practicing control over your thoughts. It can be all those things, but at its most basic, meditation means trying to focus your thoughts or clear your mind, which is essentially the equivalent of training your attention. This is a highly valuable form of training and one that’s particularly relevant in today’s fast-paced and constantly-connected world. Meditation can help us to conquer stress, to improve concentration in a range of tasks (1) and to boost overall IQ (2). 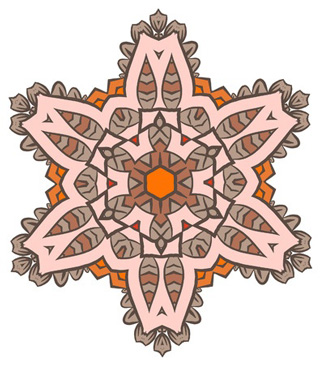 Fortunately, meditation is gradually starting to make its way into the mainstream. More and more ‘productivity’ and ‘lifestyle’ coaches are recommending its benefits and it forms an integral part of Cognitive Behavioural Therapy – which is currently the most popular form of clinical intervention for a whole host of psychological difficulties.

But while meditation has benefits across the board, it’s worth noting that some forms of meditation appear to be more effective at promoting specific physiological benefits than others (according to a study from the National University of Singapore, reported here). If you want to get the best benefits from meditation, then you need to choose the right type to get started with.

In the study from the National University of Singapore, it was found that Theravada meditation is more effective than Vajrayana (below) for promoting relaxation and calmness. Studies measured activity of the parasympathetic nervous system – the prime purpose of which is to promote calmness – while practitioners were deep in meditation.

Those using Vajrayana meanwhile were found to activate their sympathetic nervous systems, which control the fight-or-flight response. In short, this would lead to elevated heart rate, focus and arousal. This is a particularly interesting finding, as conventionally we view meditation as a means to calm ourselves and to relax.

After the participants had engaged in their meditative practices, both groups were then asked to take cognitive tests and it was found that the Vajrayana group were able to boost their performance considerably from a single session. The same boost in cognitive performance was not seen in those using Vajrayana meditation.

This demonstrates the broadness of the term ‘meditation’ and shows that different types of meditation have different specific advantages. In this scenario, you might decide to use Vajrayana meditation to psych yourself up for a competition or to prepare for an interview, then use Theravada meditation to calm down afterwards or to chill out before bed.

An Introduction to the Different Types of Meditation

As you can see then, the type of meditation you use is a very important factor in determining the outcome. Likewise, you will likely find that some forms of meditation are more accessible and enjoyable than others, depending on your own goals, your experience and your interests.

The question then becomes: where to start? Read on and we’ll look at some different types of meditation and some different terms. Bear in mind that you don’t have to stick rigidly to any one of these and actually you can create your own ‘kind’ of meditation by just setting your own goals. Nevertheless, any of these will provide you with a good starting point to do more of your own research and to start practicing the art of meditation.

Essentially, the goal in Mindfulness is to be ‘aware’ and to be ‘present’ of your own thoughts and to reflect on them. This form of meditation doesn’t encourage you to try and empty your mind then, but rather the objective is simply to let your thoughts ‘drift by’ like clouds in the sky.

What this then allows you to do, is to become more aware of what thoughts you actually tend to have, thereby being better able to spot negative thought patterns etc. that might be causing problems. This type of meditation has also been shown to reduce anxiety, almost as effectively as anxiety-reducing drugs. Perhaps the biggest advantage of mindfulness though, is that it’s not as challenging as trying to completely empty your mind of thoughts and thus provides a great starting point for those interested in learning.

Zazen: Zazen is a term that essentially means ‘seated meditation’ and is sometimes referred to by the modern Zen tradition as ‘just sitting’. This is an incredibly minimalist sort of meditation, which once again makes it ideal for those interested in getting started by feeling a little anxious to give it a go. The only instruction here is to sit with the correct posture, meaning that there’s no pressure to get anything ‘right’. The simple act of sitting completely still is almost sure to result in a calming effect and to gradually clear your mind, thus there is no need for complex instruction beyond ‘just sitting’.

While this is the core principle behind Zazen, it will sometimes be more complex than that. Often practitioners are given a paradoxical sentence, a story, a question or an element of Buddhist scripture to ‘muse on’. This method of meditation has also been adopted by a number of other religions – whereby believers are asked to think about lines from their respective religious scripts, or to think over scenes from their literature.

For some, the lack of guidance is going to make this an approachable and enjoyable form of meditation, for others it can be frustrating and might leave you lost.

Spiritual Meditation: Another way in which meditation has been adopted by religions is through spiritual meditation. This is essentially a form of meditative prayer – and prayer has been shown to have many similar benefits to other forms of meditation.

Transcendental Meditation: Transcendental meditation comes from Vedanta, which is the meditative tradition from Hinduism. TM is once again seated (ideally in lotus or half-lotus position) and this time uses a mantra. A mantra is any word or sound of your choice, which is simply repeated over and over again. The idea behind this form of meditation is simply to ‘rise above’ any distractions or thoughts, effectively clearing your mind of all thoughts and living entirely in the moment. Alternatively, you can try focussing on your breathing in order to calm your thoughts.

The ultimate objective of transcendental meditation is transcendence. This is the meditation that is used as a path to ‘enlightenment’ which is reportedly a feeling of ‘oneness’ with the universe and perfect contentment. In reality, it’s likely that enlightenment is merely a brain state, achieved by relaxing areas of the brain and thus getting them to shut down. This is something that takes years to master though and is highly elusive, if you use transcendental meditation with the sole objective of reaching this kind of state, you are likely to be disappointed.

When done correctly, transcendental meditation is ideal as a way to relax and to move your thoughts away from stress. It can be used to calm the heart rate and is a fantastic ‘coping mechanism’ if you suffer with anxiety. It’s also quite difficult though and many people give up after becoming frustrated at the inability to quiet their inner voice. The secret to success is to go easy on yourself and not to force it.

Guided Visualisation: Guided visualisation is a form of meditation wherein the practitioner visualises a scenario or environment. The ‘guided’ part of this process involves listening to a recording, which often will describe the scene you are in. This kind of meditation is great for relaxing and for moving your thoughts away from the hustle and bustle of daily life, before you achieve the ability to block out your surroundings through other forms of meditation. If you’re feeling stressed and you want to immediately calm down, then guided visualisation is a useful tool. However, it doesn’t require the same discipline as other forms of meditation and so is not likely to help develop your ability to focus or to calm yourself in the same way.

Movement Meditation: In movement meditation, you relax your mind while focussing on your body and moving through a range of gentle movements. A great example of this is Tai Chi Chuan, which is a martial art practiced incredibly slowly involving a set of gentle movements. While it takes time to learn something like a Tai Chi set, you can practice movement meditation by using a dance routine (Solja Boy?) or even by just swaying gently from side-to-side.

Vipassana: Vipassana is ‘insight meditation’ (Vipassana is Theravada meditation, Theravada being a branch of Buddhism). This is meditation which involves ‘close attention to sensation’ with the goal being to discover ‘the nature of existence’. This form of meditation comes from Buddhism and was believed to be the type practiced by ‘Buddha himself’.

To practice this form of meditation, you sit down and then focus on your abdomen and feel the way that the breathing moves your stomach. Likewise, be aware of the other sensations throughout your body, trying to remain focussed and calm simultaneously. When interruptions come – such as sounds, other thoughts, or temperatures, you should ‘note’ those sensations and give them labels such as ‘warmth’ or ‘thinking’. Vipassana is often practiced on retreats, where participants alternate between seated and walking meditation.

Vajrayana: Vajrayana is another branch of Buddhism. Vajrayana meditation is a complicated and advanced form of meditation, which involves the goal of becoming ‘buddha’ like. There are various types of meditation within Vajrayana, such as Mahamudra. This form of meditation involves attempts to empty the mind once again, this time by simply ‘doing nothing’ to the extent where you aren’t even focussed on trying to meditate.

Both the Theravada and Vajrayana forms of meditation are advanced methods and require years of practice to perfect and an understanding of the surrounding beliefs and cultures. They are also only two examples of the many complex and varied forms of meditation that exist.

For most people, starting with mindfulness, Zazen or transcendental/mantra meditation is advised. Or maybe you could try creating your own type of meditation?