Unfortunately for wheat or gluten intolerance sufferers, many wheat and gluten-free food products just don’t taste as good as the real thing. Substitute flours like rice flour can leave your pasta and bread tasting strange and have an unusual texture that can be hard to get used to.

Fortunately, there are many wheat and gluten-free products that do taste great, and have additional health benefits over their cereal-based counterparts. One of these products is buckwheat, which, despite its name, is not at all related to regular wheat. 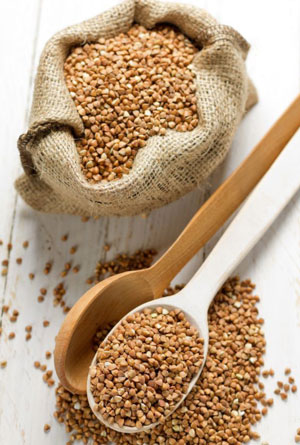 Buckwheat has a number of other health benefits, and not all of them in food! Here is a list of the most important ones.

Seeds are a protein and energy store to help seedlings to germinate and grow before they have leaves to photosynthesise and make their own food. Seeds like buckwheat are therefore high in energy and good quality protein, which make them an excellent dietary choice for vegetarians who lack meat protein, and for those who wish to increase protein levels in the diet.

A study of the Yi people in China, who regularly consume buckwheat as a staple part of their diet, found that they have very low levels of low density lipoprotein, which is associated with cardiovascular disease caused by high cholesterol. What’s more, these people had high levels of high-density lipoprotein, which helps to rid the arteries of cardiovascular disease-causing cholesterol. Buckwheat is also known to contain high levels of flavinoid compounds called rutins, which assist vitamin C in fighting disease, and magnesium, which improves blood flow and reduces blood pressure.

3. Buckwheat is high in dietary fiber

Not consuming enough dietary fiber (“roughage”) can cause problems for your digestive system. However, regular consumption of foods that are high in dietary fiber, such as buckwheat, can help to prevent disorders including gallstones, constipation, bloating and bowel cancers.

4. Buckwheat can help to reduce the risk of Type 2 diabetes

In laboratory tests and in human subjects, scientific trials have found that those who regularly consume whole grains including buckwheat had a reduced risk of developing Type 2 diabetes, and had better blood sugar control. The reason for this is thought to be linked to the high levels of magnesium in buckwheat, which helps to activate the chemical reactions involved in blood sugar control.

Buckwheat is a crop that grows uncommonly quickly, which means that there is often no need to use pesticides and herbicides because the crop is already fully grown before the pest species have established. Although there is no evidence that organic or chemical-free foods are nutritionally better for you, the use of pesticides and other chemicals on our food does have an impact on the natural ecosystem, so by choosing buckwheat, we can help reduce our impact on the environment.