Have you ever asked yourself why you have two nostrils? If you really think about it, there is actually no need to have two nostrils at al… We have two ears because we take in sound waves directionally – this is what gives us ‘surround sound’ and allows us to hear predators creeping up on us (less so these days). Meanwhile, we have two eyes so that we can register two slightly different off-set images of the world around us and thus perceive ‘depth’ (and it’s always useful to have a spare).

But what about nostrils? They both point the same way, they both breathe in the same smells… so why do we need two of them?

A Fun Fact About Your Nose 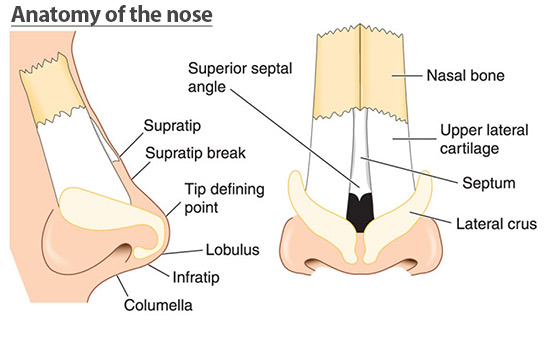 Well the answer to that question lies with another mystery. You may not be aware of this fact, but actually you only tend to use one nostril properly at a time. To prove it, hold your hand underneath your nose right now and breathe out through your nose onto it – you’ll notice that you only feel one stream of air, or that one of them is much lighter.

If you were to do this later on in the day, you would find that the sides had probably switched too – so it’s not that one side of your nose is broken. And it doesn’t mean you’re getting a cold either – there’s a good reason for it that explains why we have two nostrils in the first place…

So the reason that one of your nostrils is seemingly perpetually blocked, is that it slows down your breathing and allows air to come in through that side more slowly. This is important, because it means that the particles containing smell will have more time to settle near the opening of the nostril. On the other side, those particles will be sucked all the way in to the back of your nose where they’ll be processed differently.

And there you have it, that’s why you have two nostril!