When it comes to supplements and athletics, most big companies tend to target mainly bodybuilders and those aiming to gain muscle or burn fat. Thus the biggest sellers are things like protein shakes for adding mass, BCAAs for protecting muscles from breakdown and fat burners.

But while supplements can be particularly useful for bodybuilders, they are by no means the only demographic who stand to benefit from them. Runners for instance can enjoy a great number of advantages from supplementation, which in turn can help them to get the competitive edge in competitions and burn more fat.

Here then, we will look at some of the best supplements that runners can use in order to enjoy increased performance and greater benefits.

MCT oil is an oil consisting of ‘medium chain triglycerides’. This is a particular type of fat that is able to pass directly from the intestines into the bloodstream, thereby providing an immediate form of energy. Better yet, MCT is very rarely stored as fat and will also increase the availability of ketones which are a different form of energy.

In short, consuming MCT oil (which you can get from coconut milk), will provide you with an instant increase in available energy that at the same time isn’t likely to get stored as fat. 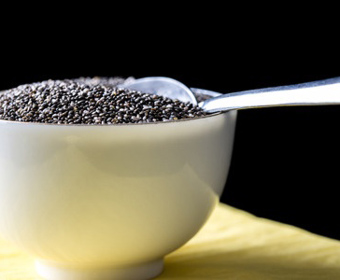 Chia seeds are the secret weapon of the Tarahumara Tribe – a tribe native to Mexico who are famous for their ability to run 50+ miles a day in barefoot.

While part of their ability comes from their particular style of barefoot running, the Tarahumara also benefit greatly from their consumption of chia seeds. For starters, chia seeds can absorb up to twelve times their weight in water, which makes them phenomenal for hydrating prior to a long run when mixed with liquid and taken prior to a race.

Furthermore, chia seeds when mixed with water can help to coat the stomach and thereby slow the digestion of carbohydrates leading to a slower supply of energy for long-distance runs.

Creatine is often used by gym-goers in order to increase strength in the short term by helping the muscles to make more use of ATP. This results in increased performance during short-bursts of exertion, which you might think would be irrelevant for distance runners.

But bear in mind that even aerobic exercise will still require some explosive movement and you will be using the phosphagen system (stored ATP) for at least the first minute. And if you’re doing interval training, then creatine will likely be very helpful and allow you to get much more from your training.

Lutein is a carotenoid that can be taken in supplement form normally in order to improve eye health. Lutein is found in the macula of the eye and can help to prevent macula degeneration (1).

Recent studies suggest that lutein might be useful for more than eye health though, and that it could help to increase the energy efficiency of cells. When given to mice with full-fat milk, it was found to increase voluntary running distance as well as weight loss (2). While there is insufficient evidence to make any definite claims regarding the effectiveness of lutein at this point, it nevertheless appears very promising and might be one to try experimenting with.

CoQ10 is another substance that affects cellular energy by aiding the mitochondria in oxidative phosphorylation. CoQ10 is found in beef (like creatine) and is produced naturally in the body. We actually produce less CoQ10 as we reach older age and it’s believed that this could be partly responsible for our declining energy as we get older.

Supplementation with CoQ10 is somewhat controversial however as it has not been proven to work when taken orally. It’s one to try, but only if you have a big budget and are willing to self-experiment. PQQ falls in a similar camp – it is untested when taken in supplement form, but can help to enhance the effects of CoQ10.