Torula yeast is a specific type of yeast that is more technically known as candida utilis. This is now a popular food additive but has also been the subject of some controversy… 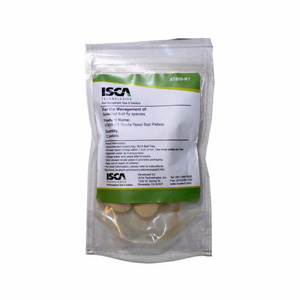 Yeasts are a type of fungi, which means that they’re actually living single cell organisms. As you likely know from drinking alcohol, yeasts are useful for converting starches and sugars into other things. This is also why they’re used in baking – as their production of CO2 is what enables the dough to rise.

Torula in particular is a type of yeast that is fed wood alcohols. Once dried out, it creates a tan colored powder that tastes somewhat meaty.

For a long time now, it has been used as a flavouring in dog food and now it has found its way into human food too. That’s always a great sign…

Specifically, torula was added to food in order to replace MSG which was fast becoming out of vogue thanks to bad press (a lot of people were allergic to it). It is particularly popular in vegetarian foods where it can be used to try and mimic that meaty goodness.

The good news is that torula yeast is actually completely safe for most people to consume – so you don’t necessarily need to avoid all foods with it added. The one concern is that a small portion of people are still allergic and if you react to MSG, you might still react to foods containing torula yeast. The only way to know for sure is to try some and find out!