Everybody likes sleeping. There is nothing better after a long day’s work than to crawl into a comfy bed and take a nap. It is also something that we all do. Everyone needs sleep. It is good for us. That is what we have been told all of our lives. A lack of sleep can cause a lot of problems for a person. You hear that everywhere. That is why there are plenty of treatments, medications and home remedies to deal with issues like insomnia.

But what about the opposite? What happens if you sleep too much? Can it be a problem? In fact, yes it can. Oversleeping can cause certain issues. Unfortunately, since it is not publicized as much as insomnia, most people are not aware that oversleeping can be a problem that can cause the body some nasty side effects.

The Causes of Oversleeping 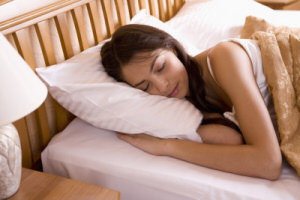 Most people think of someone that sleeps a lot as just being lazy. They do not realize that, in fact, oversleeping can be caused by a medical condition. Hypersomnia is one medical disorder that causes people to feel tired and sleepy throughout the day regardless of how much time they have rested the night before. The condition also causes sufferers to sleep for long periods of time at night. This need for sleep will cause some problems to the person like feelings of anxiety, low energy levels and memory problems.

There is another condition named sleep apnea, which is a breathing problem that causes people to stop breathing for short periods of time when they are sleeping. This in turn brings them out of their deep sleep cycle for several times throughout the course of a night which leads to an increased need for sleep.

However, not everyone that oversleeps suffers from a medical condition. There are plenty of people that do this irregularly and most of the times it is because they slept too little the previous night. If you are not fully rested and do not get the recommended 7 to 9 hours of sleep per night you will wake up feeling very tired and will continue to feel this way throughout the day. That means that you will have to make up for it the next night by sleeping a few extra hours.

Of course, there are some psychological factors that can have an impact on the way you sleep. Feelings of anxiety, depression or lack of motivation can cause people to oversleep. Even the weather can affect your sleeping patterns. Rainy days just suck all the energy out of you and leave you tired without the willingness to do anything. In the winter we all know how difficult it is to get out of our comfy, warm bed and out into the cold. And, of course, let’s not forget that there is a good portion of people that oversleep because they are just plain lazy.

Physical Side Effects of Oversleeping

Unfortunately, oversleeping can indeed cause a host of nasty side effects for those that do it for a long period of time:

• There have been some studies conducted by American scientists that show a correlation between oversleeping and diabetes. People that sleep more than nine hours or less than five hours per night have shown to be 50% more likely to suffer from diabetes. Mind you, oversleeping is not shown to cause diabetes. However, it can be a symptom of underlying medical problems which can also lead to diabetes.

• Although this is a problem more common with people with insomnia, depression was proven to be present in people who oversleep. In fact, 15% of all people that suffer from depression also sleep more than nine hours per night.

• By sleeping more you are being less active. This gives the body less time to burn off its energy which otherwise gets stored as fat. Eventually this will lead to obesity, which by itself can cause a lot of other medical problems.

• One of the most common and most unpleasant side effects that most people who oversleep experience is headaches. This is caused by the effect that oversleeping has on the neurotransmitters of the brain.

• The relationship between back pain and oversleeping is a tricky one. Unless you sleep on a special, expensive mattress you will eventually get back pain from oversleeping. At the same time, people that already have pain in their lower back should try to be as active as possible which, obviously is not the case if you are lying in bed all day.

• There is a disturbing connection between oversleeping and heart disease. Studies conducted on people have shown that those that oversleep have a 38% increased chance of suffering from coronary heart disease.

• Even though it is not fully understood why yet, there is concern that people who sleep over 9 hours every night have a higher death rate than those that sleep for 7-8 hours.

Psychological Side Effects of Oversleeping

As if the physical side effects were not bad enough, oversleeping can also cause people some serious psychological side effects as well. When you wake up and see that it is 11 or 12 o’clock, you realized that you wasted your time doing something that was bad for your health. This can really make you feel bad and can cause you to start the day in a foul mood.

We all know that the way you feel when you get up in the morning is pretty much going to dictate your mood throughout the rest of the day. Oversleep and you will feel tired and angry. It can cause even more problems to your mind if you are currently trying to correct this problem by establishing better sleeping patterns. The worst problem is that you know that since you are tired today then you will probably oversleep tomorrow as well. It is quite shocking how sleeping more hours than you should will actually leave you feeling as tired as when you sleep just 3 or 4 hours.

Of course, feeling this way for a longer period of time will eventually lead to depression. It is no wonder that a study has shown that 15% of all people that suffer from depression also have issues with oversleeping. However, there is some sort of good news after all. Apparently, studies have shown that a good way to deal with depression is with sleep deprivation. By using this method you will not only get rid of your feelings of depression, but with a little luck you will also get rid of your oversleeping problems as well as have some extra time in the day to spend on yourself.

Oversleeping can be a nasty habit, but it can be controlled. First of all, if you know that you sleep regularly over 9 hours per night then you have to realize that what you are doing is wrong. Stop idealizing sleep and see it for what it is: a function of the body required in order to survive. Treat it as such. Take this matter more seriously and plan a strict sleeping schedule and stick to it. This way you will avoid future health problems, as well as ensure that you will wake up every day in a sunny disposition ready to take on the world.