Almost everyone loves a strong cup of coffee in the morning. It’s warming, it’s comforting and it’s invigorating. And when you’re having a hard day it’s one of the best pick me ups and one of the best ways to feel ready to go again. But is it good for you?

Well the answer is yes and no. Coffee is good for you in a number of ways and if you drink coffee then you will benefit from antioxidants and other positive ingredients. The problem though is the caffeine – and this in many ways is not good for you. While caffeine can boost your mood and help you to lose weight, it also has many unwanted consequences. One of the benefits of decaf coffee over regular coffee then is the fact that it doesn’t include this caffeine and so won’t have these same effects.

So what does this lack of caffeine mean? What does caffeine normally do to you that’s so bad? Here are some of the negative effects of caffeine and things that it can cause.

Jitters: If you’re sensitive to caffeine or drink too much then it can cause jitters causing your body to shake.

Headaches: Many people get headaches from drinking tea and coffee in large amounts and conversely from stopping drinking coffee once they have developed an addiction. 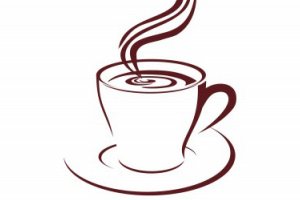 Nervousness: Coffee triggers the ‘fight or flight’ response meaning that adrenaline is secreted which is the same thing that happens when we are highly stressed. If you have a presentation to give and are nervous then drinking coffee just before might be the worst thing you could do. Likewise if you are of a nervous disposition already then it is not advisable, and if you are prone to panic attacks then this could even act as a trigger.

Addiction: As mentioned if you stop drinking coffee after you have grown accustomed to it then you can suffer from headaches and this is because caffeine is addictive. Becoming dependent on a substance is never a good idea, so finding ways to drink less is always a good idea.

Insomnia: Drinking coffee just before bed will keep you awake at night for the same reason that it can cause nervousness; because it triggers a fight or flight response and causes your heart rate etc to increase.

Heart Problems: When you drink coffee this elevates the heart rate and while this can be a good thing for exercising it, if you have existent problems then it is sometimes a bad move. For instance if you have high blood pressure then the increased heart rate is going to create more pressure pushing the blood around the body and thereby make you more likely to suffer a heart attack.

The first benefit of decaf coffee then is that it doesn’t include caffeine and this then means that you won’t get all of those side effects.

However that’s not the only advantage of decaf coffee. At the same time, decaf coffee is actively beneficial to your health in many of the same ways that regular coffee is despite not including caffeine. There are plenty of things in coffee that are good for you other than caffeine and so you can enjoy many of the health benefits while still avoiding the effects of caffeine.

Here are some of the things that caffeine can help with.

Studies have shown that regularly drinking coffee decreases your chances of getting Type 2 diabetes. This is independent of caffeine, as one study found the same result with decaf. The reason for this is that coffee includes ‘chlorogenic acid’. This is a chemical used in the blood in order to keep glucose levels under control. Those who drank six cups of coffee or more a day would be far less likely to suffer from diabetes.

This is particularly significant, because if you were to drink six cups of regular coffee then you would be well on your way to a caffeine addiction and you would find that your body took the toll of being in a constantly aroused state due to the impact of caffeine on the metabolism.

Antioxidants are one of the most popular ‘buzz words’ used to market health foods and for good reason as they have so many profound benefits. The general idea behind antioxidants is that they combat ‘free radicals’ – which are the substances in the human body which cause damage to our cells. When this damage is to the surface of skin cells this can result in some of the visible signs of aging such as wrinkles, and when this damage breaks through the cell walls and attacks the nucleus of the cell where the DNA is stored, this can cause damage to the very genetic structure resulting in the cancer-causing mutations. By drinking coffee – caffeinated or otherwise – you take in antioxidants which will ‘mop up’ the free radicals and there by limit the damage they can do to your body. This means you stay looking younger for longer and you reduce your incidence of cancer. Don’t get too excited just yet though as antioxidants exist in a lot of different foodstuffs.

Coffee is able to improve the processing of material in the digestive tract and this means that there is less for the gut to work through. Studies have shown that the consumption of coffee or decaf coffee can help to decrease the incidence of dietary carcinogens (foods that cause cancer).

One study reported in Science Daily demonstrated that women who drank at least two cups of coffee (including decaf) a day were 25% less likely to develop heart disease. The exact way in which this works is uncertain (though it may be linked to the next point), and interestingly no effect was found in men. Another study showed that decaf coffee might reduce incidence of breast cancer in women.

Caffeinated coffee is much better for weight loss than decaf because the caffeine speeds up the metabolism and so ‘burns’ through available calories much more quickly. However decaf coffee can help somewhat due to the fact that it is consumed hot. This causes the body to have to ‘fight’ the temperature in order to bring the body back down to its cooler levels and this means that it has to burn a lot of energy. In the Middle East tea is given out regularly despite the hot temperatures and the reasoning behind this is that the body will actually cool itself down as a result of ingesting something hot.

It’s Not All Good

So there are many positive effects from drinking decaf coffee, but without the side effects that come from caffeine. But is it all good news? Sadly not, and like anything there are pros and cons to consider. Here are some of the negatives.

Caffeine: If you’re drinking decaf coffee especially to avoid caffeine then you might be better off looking for a new beverage entirely. The unfortunate truth of the matter is that despite the ‘decaf’ moniker, some caffeine is often still in the drink. This is because the decaf process is applied to normal coffee beans to remove the caffeine and is rarely 100% effective. To be labeled decaf the drink needs to be 97% free from caffeine – but that means you may still be consuming that additional 3%.

Acid: Coffee is known to be high in acid and to stimulate gastric acids, and decaf coffee does this to an even greater degree. While this can be positive in some respects (see above) it can also cause problems such as acid reflux, stomach ulcers and heartburn.

Cholesterol: Though decaf coffee can be good for your heart (if you’re a woman), it can also be bad for it (confusing I know). This is because it increases the production of LDL cholesterol which is the ‘bad’ cholesterol that can result in various heart problems.

Mouth Cancer: The constant consumption of hot drinks can cause damage to the cells in the mouth and the throat leading to cancer. While this isn’t a problem on a small scale if you’re drinking a lot of hot beverages and enjoying them very hot, then this can be a risk. Make sure then to let the drink cool a bit first, and to add lots of milk.

Note: When drinking decaf coffee there is going to be some variation depending on which brand you choose, as well as how you enjoy it. Shop around to find decaf coffees that have more health benefits and read up on your brand well. At the same time enjoy it black or with skimmed milk to decrease your intake of fat, and try to have it without sugar. Sweetener is little better as it can cause an insulin spike in the blood as it mistakes it for sugar which can over time cause diabetes and lethargy. Try to learn to enjoy the natural taste of the coffee.