Processed foods are foods that are prepared through physical or chemical treatments which result in the food being significantly different from its original state. A processed food then might be a sausage made from a mixture of meats, or a canned meal that has had added salts and other substances in order to help give it longevity.

In the majority of cases the term ‘processed food’ is used to refer to things like sausages and burgers that you might eat at a takeaway that are in fact not pure cuts of meat but rather amalgamations of various meats and cuts. However technically the term can also be used to describe fortified foods that have had additional nutrients added in order to make them more healthy and better for you.

Here we will look at the pros and cons of processed foods and how to select and eat them carefully.

Be Careful of Jargon 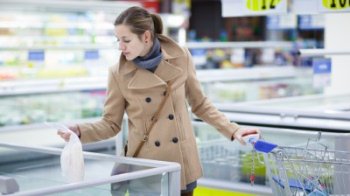 Processed foods include synthetic additives and other preparations, but generally they are not as healthy as getting fresh foods and nutrients by controlling your diet closely. Despite this, many companies will try to disguise their true motives and make their refined foods sound healthier than they in fact are. For instance if you read that something is ‘rich in vitamin C’ then note that this usually means that the vitamin C is synthetic and your body will be less able to absorb it. For instance if you have fruit juice then often this will in fact be water with a fruit concentrate and added vitamin C. Look out for ‘fruit drinks’ and the word ‘concentrate’.

Likewise the term ‘pure’ on bottled water is not the same as ‘natural’. Pure water often comes from a municipal water supply. Look instead for ‘natural water’ or ‘spring’ water. Also be weary of ‘fortified with calcium’ or ‘builds healthy bones’. This is common with cereals, but while they may include calcium, this is actually in the form of chalk which is primarily a bulking agent and actually again very hard for the body to absorb.

In fact whenever cereals are refined, the vitamins and minerals will be removed and by law the companies are then required to replace them. This then is the only reason that those cereals are ‘fortified’ when in fact they simply have the minerals and vitamins that should have been there already replaced with less effective synthetic materials.

At the same time though, we shouldn’t assume that all processed foods are ‘bad’ and particularly when you bear in mind that things like milk are technically processed because it is pasteurized and often skimmed. The pasteurizing process kills bacteria and ‘raw’ milk can sometimes cause illness.

Despite some less than honest marketing strategies, processed foods actually do have many benefits. Here we will look at what those are.

While nutrients that have been added to foods afterward are often harder for the body to absorb they are still better than nothing and they can provide an important way for us to get certain vitamins and minerals. For instance, someone who had a lactose intolerance might use a water fortified with calcium. Meanwhile fortification is the only way that vegetarians can get vitamin B12 in their diet which is highly important for brain function and nerve health.

Foods are often processed for preservation and tinned foods are a perfect example as are freeze dried foods (that use a combination of freezing and vacuums in order to remove moisture from foods). These processed foods are of course very important as a back up and especially in environmental disasters etc. At the same time they are very affordable and quick to prepare making them highly practical for families and those who are in a hurry. Frozen vegetables last indefinitely and are highly practical, but at the same time they don’t lose any of their vitamins or minerals.

Processed foods are almost always high in salt, primarily because of its antibacterial properties which make it ideal for preservation. While salt in high quantities is unhealthy, small amounts are actually good for you and crucial for the function of all of our organs. Thus the occasional ready meal won’t actually do you too much damage.

Often the reason that foods are fortified and processed is to improve the taste (which is of course good for business). Often they will taste fresher after a longer amount of time, and at the same time they will tend to be richer in taste.

Many of the processed foods we get from fast food chains have added saturated fats and trans fats. While these aren’t good for us, they do make us feel full for longer. The reason for this is that fats are the slowest foods to digest and that therefore means you will crave these meats when you are at your hungriest. ‘Healthy’ foods often just won’t appeal in the same way.

While you should be weary of the term ‘fortified’ without research, as mentioned other forms of ‘processing’ such as the pasteurizing process, are actually necessary to prevent illness.

Many forms of processing will reduce the amount or bioavailability of vitamins and minerals that are crucial to our health.

As mentioned, the difficult absorption of many of the added vitamins and minerals means that they can be highly misleading and that it is still very important to consume fresh foods as well. Because the ‘fortification’ is actually often done to replace the missing vitamins and minerals that were lost in the processing, this means that the foods carry a lot less nutritional value.

The added salt in many processed foods is primarily a negative point when there is so much salt in everything else we eat. This can result in cramping, water retention and in extremes – heart damage.

While some might prefer the strong tastes of processed foods, others prefer the fresh taste of natural foods. At the same time, by constantly consuming foods that have added fats and salts it is possible to lose some of your ability to taste more subtle ingredients and this can prevent you from enjoying fresh foods.

Unfortunately the very existence of processed foods, and the fact that they are so easy and convenient to eat, means that people in a rush or low in cash will often choose processed foods rather than think of creative ways to eat fresh foods more cheaply and easily. The fact that it is ‘all too easy’ to take this easier route means that many people aren’t getting the proportion of fresh foods in their diet that they need.

The added saturated fats in processed foods are also often very bad for you and this can cause heart problems and increase cholesterol.

The fact that many processed foods have added flavoring that masks the original taste of the ingredients, and the fact that many of them are made from mixed sources, means that it’s hard to tell the quality of the foods used and this means many manufacturers will ‘cut corners’. When you eat a processed burger for instance or meats in a canned meal you won’t be getting good cuts of meat but will rather be eating gristle and even ‘leftovers’.