We’ve often heard of people who ‘self-medicate’ and generally this is a term that is used with negative connotations. Partly the reason for this is that the things people choose to self-medicate for and their chosen ‘medications’ are not fully advisable. For instance the most common form of self-medicating is to self-medicate for depression and this never leads down a healthy route.

In other cases people set out with exactly the right intentions and they read online and get advice and generally try to medicate in a way that will help them to overcome pain, illnesses and other problems. There are still dangers though, and unless you are very careful, very disciplined, and know precisely what you’re doing then it still isn’t always a good idea. Here we will look at why and at what to avoid.

Self-Medicating for Depression, Stress and Other Psychological Issues 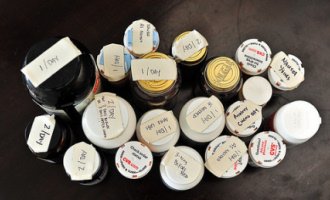 One of the most common forms of self-medication – this essentially is a misnomer and rarely has anything to do with actual medication. Instead it often just means trying to take drugs of various kinds in order to numb the symptoms – often by numbing the thoughts. For instance people can ‘self-medicate’ for depression through the use of alcohol and will thus drink to ‘forget’ or just in order to numb the thoughts and the emotions associated with their depression. This works because alcohol will shut down the higher order brain functions thereby causing a lack of rumination and thought.

Of course such ‘medicating’ is a very poor substitute for actual medications for depression and is not a viable alternative to therapy. In fact consuming alcohol is more likely to worsen the problem in a number of ways. Firstly, because alcohol is a depressant this then means that the individual is actually going to cause the opposite effect to some degree by slowing down the CNS and generally subduing their body. Many people often feel that alcohol puts them on a downer and this is then going to have quite the opposite effect compared to the intention to improve the mood.

Meanwhile the use of alcohol will impair judgment by preventing those higher order brain functions. This then can lead to reckless or ill-conceived behavior which will in turn result in the individual causing damage to themselves. Combined with the depression and their affected inebriated state this can lead to many reckless and dangerous actions that would only serve to make circumstances worse. As alcohol kills brain cells, in large amounts it can cause brain damage over a long period of time and this would lead to a reduced ability to cope in general.

Of course alcohol is bad for you regardless of depression and causes liver damage, heart damage, dehydration, weight gain and more. Alcohol consumption itself has been shown to correlate with some level of depression. At the same time though it is also addictive both chemically and psychologically and this can mean that you end up completely dependent on the alcohol, suffering withdrawal symptoms (which include further depression) when you stop. It is also financially draining and addiction can in itself lead to many poor judgments.

In short turning to alcohol as a form of self-medication can result in your making seriously damaging decisions that hurt you and those you love, it can result in poor judgments that damage your career and your relationships and the actual physical changes that occur as a result of alcohol consumption will do more harm than good anyway.

Other ways to self-medicate for depression can include the use of drugs and these might be either pharmaceutical or recreational. The use of recreational drugs to treat depression will often mean using ecstasy/MDMA which causes euphoria and thereby can improve mood to a great degree. However the use of these drugs will ultimately cause you to struggle to regain the same level of happiness and turn to the drugs as your only source. Again this can then lead to addiction (even though the substance is not chemically addictive) and this in turn can lead to financial ruin and strain on relationships which of course are not beneficial for depression. Likewise the use of such drugs is illegal and this can lead to legal problems. Although the precise side effects of MDMA have not been fully examined and there are currently few known physical side effects, being on stimulants for extended periods of time can place strain on the system and lead to weight loss and heart problems. Meanwhile the use of any recreational drug involves taking substances that have no regulation and that therefore could be highly dangerous. Just because the MDMA has few side effects – the horse tranquilizer that shady dealers can use most certainly would. This then means the use of recreational drugs to treat depression – no matter your choice of poison – could be instantly fatal.

Using pharmaceutical drugs to treat depression without the advice of a doctor might seem like a slightly safer route to go down, but it can still very much cause problems. Some antidepressants such as forms of GABA are available over the counter or online and these can have mood enhancing effects.

However there are also many different forms of these medications and the vast range means it can be hard to choose the right medication for your specific condition. What doesn’t help is the fact that most of these have various side effects and negative effects and not all of these are fully understood.

GABA for instance is a form of SSRI (selective serotonin re-uptake inhibitor) which essentially results in their being more free serotonin in the brain by preventing it from being reduced (it literally blocks the re-uptake). This results in a better mood because serotonin is one of the ‘happiness hormones’ that results in elevated mood. However this on its own can cause side effects. For instance it can result in the brain reacting by producing less serotonin in future and thereby lowering mood the rest of the time. Then the same dose of GABA will cause the brain only to return to normal levels of serotonin, and you would have to up the dosage to get the same improved mood.

Meanwhile other antidepressants can have a range of other impacts and side effects that are just as negative, and they can become more complicated still if they react with existing conditions, or if they react with certain drugs either causing negative reactions or preventing your other medication from working.

Doctors and more precisely psychiatrists can prescribe medications based on your medical history and your precise symptoms and with the full knowledge of the effects they might cause. However even in these cases using medication is a temporary solution at best (and often a very expensive one) and actually finding the source of the problem with therapy is very much preferable.

Many people will use analgesics (painkillers) in order to self-medicate for pain and this is considered normal. If you can use a paracetamol in order to help yourself cope with a headache or back ache then this is a good idea and will have relatively few consequences if any.

At the same time though it is still important to use caution and this means making sure to speak to your doctor about your use of medication and not to overdo it. Paracetamol like anything needs to be taken in moderation and can cause death if you overdose too radically. Likewise over use can also cause problems – lowering your pain threshold for instance, or in the case of ibuprofen causing damage to the stomach lining and liver. Another reason not to use painkillers too readily is that completely eradicating pain is a bad idea in itself – pain has evolved for a reason and serves and important purpose in the body. If you have a back ache for instance and you medicate to the point of not noticing it, then you will be less careful and less aware of which movements can cause injury – and this may of course result in your setting back your recovery.

Meanwhile the use of something like aspirin for bleeding or with low blood pressure would be a problem as aspiring works by thinning the blood – this would then lower blood pressure further and prevent the formation of scabs. Likewise other medications for pain can again have interactions with other medication.

So yes, self-medicate with paracetamol and other painkillers if you are experiencing acute pain, but do so with moderation and speak to your doctor first. And for all the same reasons listed above, don’t try to medicate for pain with drugs or alcohol as it will cause other damage to your body and result in other negative consequences.

And lastly this kind of self-medication – the earnest attempt to get inside the mind of a doctor and to treat yourself for a range of diseases. However as we’ve already seen in this article, treating yourself with medication can be highly complicated and there are too many factors to consider meaning something can easily go wrong. The body is a holistic piece of machinery that is highly tuned, and even if you read fully around a medication you won’t necessarily know how it’s going to affect your body and your own existing conditions/allergies, and you don’t know how it might interact with other medications and things around the body. In order to confidently make a decision about which medications to use you really do need to have a complex and full understanding of how the entire body works and interacts or you risk over looking something that could prove to be fatal.

At the same time this is made even more difficult by all of the conflicting information available to us these days. For instance when you look up medications online then often you will find that you come across some information that is well intentioned by just wrong – a lot of people for instance rely on Wikipedia which can be edited by anyone and so which is not always a reliable authority on matters. At the same time you are likely to find a lot of information that is aimed at selling things that are in fact just scams – magnetic bracelets, homeopathy etc which have scientific-sounding descriptions on many websites and in many stores, but that nevertheless are often ineffective.

Sure doctors make mistakes too (and especially those who refuse to listen to the patient), but they have more information after studying for years and spending their every day encountering real cases – so they are far less likely to make these mistakes than someone without that training and experience.