In the course of writing articles for this health-related website, I’ve taken to reading digests of recent scientific studies and research, always searching for something interesting to share with HealthGuidance’s readers. While doing this, I am often astounded at the things that scientists consider worthy of research. Studies I have stumbled across recently have had titles such as The Effect of Country Music on Suicide (a strong association, as it turns out), Chickens Prefer Beautiful Humans (which concludes that our feathered friends have the same tastes we do), and Love and Sex with Robots (no comment).

So I wasn’t all that surprised to find a study from the University of Southern Queensland, Australia, called Dosimetric Investigation of the Solar Erythemal UV Radiation Protection Provided by Beards and Moustaches. Science marches on.

Concerned about exposure to ultraviolet light? Grow a beard 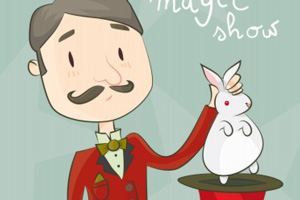 The study, published in the journal Radiation Protection Dosimetry, is perfectly legit. Queensland gets a lot of sun, and I guess people are increasingly concerned about the potential damage caused to skin cells and their DNA from the ultraviolet (UV) radiation that sunlight contains. Strong links between UV exposure and the frightening increase in skin cancer and related diseases have been proved, after all.

The news for hirsute men is good. As the study authors explained, “A dosimetric technique has been employed to establish the amount of erythemal ultraviolet radiation (UVR) protection provided by facial hair considering the influence of solar zenith angle (SZA) and beard-moustache length. The facial hair reduced the exposure ratios (ERs) to approximately one-third of those to the sites with no hair. The variation in the ERs over the different sites was reduced compared with the cases with no beard.” In other words, if you’re out in the sun a lot, male, and concerned about the possibility of developing facial skin cancer, wearing a beard can make it two-thirds less likely that you’ll develop it. No suggestions were offered by the authors for women with similar concerns, nor was any explanation provided for how a mustache would be of benefit except to men worried about developing skin cancer of the upper lip.

One would be tempted to believe that this protection would be universal, and effective no matter what time of day it is and where on earth you find yourself exposed to the sun. Alas, the study found that “The ultraviolet protection factor (UPF) provided by the facial hair ranged from 2 to 21. The UPF decreases with increasing SZA [solar zenith angle, meaning how close to directly overhead the sun is]. The minimum UPF was in the 53-62° range. The longer hair provides a higher UPF at the smaller SZA, but the difference between the protection provided … reduces with increasing SZA.”

But what about the women?

Fortunately for those of the feminine persuasion who are…uh…beard-challenged, another study found that there is similar protection from UV radiation as the result of having longer hair on the top of one’s head. While this study’s results were similar, and found that longer hair provided some degree of protection from the sun’s rays, it was not enough protection to invalidate the more common-sense approach of, say, wearing a hat.

My suggestions for further areas of research

Knowing quite a few men with beards, I might propose a number of other potential benefits that could form the basis of future studies. Anecdotal evidence (my own experience being around these hairy guys) suggests that these benefits might be real, and could be verified by a study with adequate design protocols and control groups:

• Beards keep your face warm during the winter. Scientific validation of this could provide not only health benefits but economic ones – think how much less you might have to spend on scarves and balaclavas.

• Beards reduce the need to shave, thus eliminating the risk of cutting oneself, and having those cuts become infected.

• Having a beard tends to keep biting insects away. My experience on a recent hike indicated that far fewer mosquitoes and other insects were attracted to the faces of my bearded friends than to my face or those of my clean-shaven companions. Given the number of diseases caused by these insects, in some climates wearing a beard might be found to be as valuable as getting a malaria vaccination.

I’m just trying to be helpful with these suggestions, not that scientists seem to need my help. But the areas of research I suggest above might be more productive than the ones listed at the start of this article. Note that I make no guarantees that wearing a beard makes you any more attractive to either chickens or robots. =)