Running 5K might not sound like much, but that doesn’t mean it’s an easy feet – and certainly not if you aren’t someone who runs regularly. Whether it’s a charity fun run, or you’re just building up to something bigger, running 5K is a serious undertaking and you need to prepare with the right training routine. Here we will look at a training plan similar to one I used when I was training for the London Marathon. 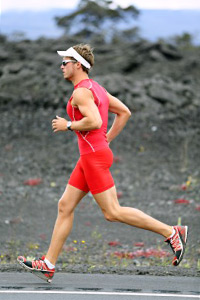 Before you begin you need to kit yourself out, and that means first and foremost buying yourself good trainers. The best way to do this is to go to a store where you can have your gait recorded and analysed as this way you can invest in a pair of trainers that will correct any problems with your biomechanics. Other useful things to invest in are a water bottle that’s easy to hold as you’re running, light and cool clothing that will breathe while you train and minimize sweat, and probably a small MP3 player to keep you going, and an app such as Endomondo that can record your route and distance.

When you begin training the point of course is to gradually increase the distance and speed that you are going to be running, and to increase your VO2 max and general endurance as a result. At the same time though it’s important not to go too hard too fast as you will otherwise risk damaging your knee or ankle and might suffer cardiac or respiratory problems.

As such then you should aim to begin training at least a few months before your 5K run, and in this time you should gradually build up from 2 to 5K. This is best performed outside on the pavements as this is closer to where you are really going to be running (running on a treadmill is very different) and under ideal circumstances you would even train using the same route that you will be running on the day. Increase your run by .5K every week and give yourself time so that you have at least three weeks (ideally more) before the event after this point. Ideally you’ll want to be practicing running about three times a week.

Note: Building up to the full distance when running the marathon is not advised because of the unnecessary stress it puts on your body. However when training for a 5K run it’s perfectly fine to run up to the full amount and even slightly over.

Now once you have built up to the full distance it’s time to start increasing your time by completing it in quicker and quicker times. You can also aim to improve your speed and fitness with ‘interval training’ which means running while alternating between bursts of speed where you sprint and then periods where you walk or jog more slowly to recover. Alternate with sections of around 1-3 minutes for each, but don’t do the full 5K this way.

When you get to one week prior to your 5K run, you now want to test yourself by doing a run under the precise conditions you will be doing it on the day. For a 5K run I would actually recommend running slightly longer than the 5K however so that on the day it feels comparatively ‘easy’ after having done longer already (don’t go more than 7K at this point however).

Now for the rest of the week you are going to stop training – the simple reason being that rest is the most important thing you can do at this point to improve your chances. This should give your muscles a chance to recover from the strain, as well as allowing you to recover from any slight injuries or strains so that come the day you’ll be able to perform at the top of your ability.

If You Experience Injury

If you should suffer an injury during your training (I did) then it’s important to give this time to recover while at the same time keeping up the training. Make sure you visit a doctor of a physiotherapist if possible and ask them what forms of cardiovascular training would be okay for you to continue. If it’s shin splints or a knee injury, then you will normally be able to continue improving your fitness with swimming or cycling and you may find this actually aids the recovery of knee complications by strengthening the surrounding muscles and ligaments.