There are countless people out there who have never been able to stick to a training routine, who have tried and failed countless times to find a workout that works for them or to simply maintain the enthusiasm and the motivation necessary to punish themselves in the gym every day. However there are also those who have managed to stick to a training routine, who once did have the body they wanted (or at least were getting there) but then stopped and lost it again. These people are a different breed – they are people with the potential and the sticking power to accomplish their goals, but who for whatever reason have found that life has gotten in the way and they’ve had to stop. For such people getting back into the gym can sometimes be just as difficult though, and sometimes it can even feel a bit futile after losing it once already.

This article is for those people then, the ones who once gave up the iron to turn to a pedestrian civilian lifestyle. Here we’re going to look at how to go about getting back on the horse, and how to reignite that spark.

Remember What Motivated You the First Time 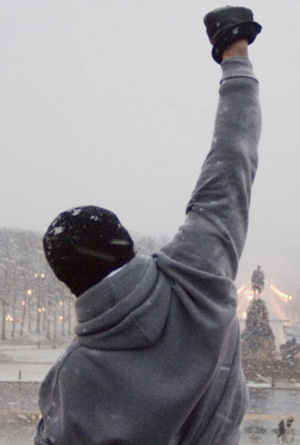 First of all, you clearly cracked this code once already. You know how your own mind works and you clearly know how to motivate yourself. Try to dig deep into that psyche and remember what drove you forward then. Why did you get up early in the morning and run to the gym? How did you talk yourself through the more difficult runs? If you can tap into this driving force once again then you should find it works just as well now – or even better thanks to the muscle memory and the added challenge of older age.

What does every Super Hero or action hero do when he comes out of retirement and dons the cape once again? He calls together the old team of course! If you used to train with someone once before then you’ll know each other’s rhythms and you’ll know what works for you. At the same time this gives you both a little motivation in the form of competition as you see who can get themselves back into perfect shape faster.

Take Up a Class

If you’re struggling to get back into the swing of things then it might be that you need a little more encouragement this time around. Sometimes we struggle to talk ourselves into exerting ourselves when we could be slobbing out in front of the TV, and that’s why joining a class or club is such a great move. This way you’ll have the other class members to motivate you to get out of the house and get moving, and you’ll have paid in advance and won’t want to waste that money.

Fit it Into Your Lifestyle

Often what makes people stop training can be summed up as just ‘life’. This is what happens when work gets harder, we have kids we need to look after and generally we don’t have the same time and energy as we used to. The solution is to write yourself a training programme that takes this into account and that is designed to fit into your lifestyle.

When you write your new workout plan then, don’t just write which weights you need to lift on which days, but rather schedule in when you’re going to read your favourite book and when you’re going to do washing up or walk the dog. This way when it comes to working out, you won’t think ‘oh I should be washing up’ or ‘I’d much rather just read’ – because you’ll have that scheduled in for an hour’s time. In fact this way your entire life will become hugely more productive.

If you’re short on time and energy as we’ve established you probably are, then you aren’t going to want to drive yourself to the gym, walk in the rain and then train before having to drive back in sweaty clothes. The solution? Create a home gym so that you have somewhere to train that requires no effort at all to use. Make sure there’s plenty of space and it’s all set up and ready to go at all times – and if you don’t have time to train then at least do ten minutes of bench press in the evening. Doing a little of something is always better than doing nothing at all.

The other way you can get around the small issue of time is to learn that you don’t need to work out for a long time to get into shape. Actually often the reason that we take a long time to get into shape is not that it takes that long to lift the weights, but that we’re resting for ten minutes between every set. Eliminate that rest time, learn to use drop sets and supersets (look them up) and you’ll be able to get a great workout in twenty minutes.