For many people, men in particular, bodybuilding has a great natural appeal. Bodybuilding involves working out in the gym or using bodyweight and changing your diet in order to change the shape of your body to better match the one you see yourself with ideally. That normally means increasing your health and fitness and more importantly your physical strength in order to develop a more imposing and powerful physique. You’ll become more physically impressive, more attractive to the opposite sex and more capable at a range of activities. 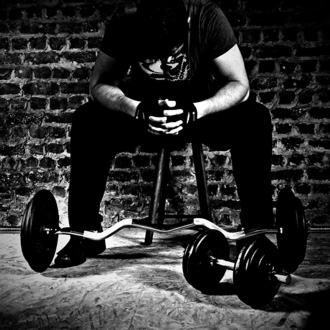 Bodybuilding also has a deeper edge to it though. To many it is a way of challenging oneself physically and mentally in order to become more capable at taking on other challenges that life might throw at them. It offers an action packed break from the tedium that many of us face at work and at home every day, and it’s a great way to vent steam. It’s also a way to become more in-tune with your own physical body and can even be meditative in a sense when performed correctly. Finally, it can be considered almost the perfect form of self-expression as you express yourself through your very body and change yourself to appear outwardly more similar to the way you see yourself on the inside: like a superhero.

And as bodybuilding also makes you healthier all round, you’d think that others would be able to get behind you and support your drive to become a more powerful version of yourself. Sadly though, that’s often not what happens and instead people will be baffled by your choice of hobby and possibly even disparaging. Read on and we’ll look at some of the reactions that you can expect when you take up bodybuilding as a hobby. Reactions that will ultimately make it a very lonely pursuit.

Many people will react to your new hobby with concern for your health. This is well meant and you shouldn’t take to heart something that is clearly meant with the best of intentions. At the same time however, it’s also unfortunate that so much of this concern is misinformed or otherwise unfounded.

People will tell you that you’re putting too much strain on your body (which you’re not if you’re using correct form), that you’ll gain weight when you stop working out (which is inaccurate – as in, entirely unfounded) and that it’s bad for your heart (again it’s actually very good for your heart if you include CV in your training too). These are all old myths based on very little. What’s much worse for your heart is being sedentary. What’s puts much more of a strain on your body is being overweight.

Some of this concern will come as advice. As in, people who are currently in terrible physical shape themselves telling you that you’re going about your training wrong and ‘damaging your body’.

One example is people telling you that you don’t need protein shake and you’re eating too much protein. This is bad for you/a waste. The idea that high protein diets are bad for you is founded on the mistaken belief that they are bad for your kidneys and bones – which has been disproven in countless recent studies (here and here). There may be a link to low-protein diets and longer lifespans (through a reduction in IGF1) but this is not enough of a link to be factored into your diet unless you’re into life extension in a ‘big way’ to the detriment of short-term optimal nutrition. Countless studies (here’s one) have shown that if you strength train then you do need more protein.

As for protein shakes specifically being ‘junk’, again it’s worth bearing in mind that this junk is also used by the majority of top athletes. The most popular form of protein – Whey – simply comes from milk so is completely healthy and safe. It’s more natural and less ‘processed’ in fact than the vast majority of things we eat on a regular basis trying to be healthy.

You’ll get this alarmist reaction from your parents and friends regardless of the facts. And even though you’ll be reading, learning and experimenting with your diet, they will still assume they know best based on… literally no information. But what’s surprising is that even some health ‘experts’ such as nutritionists will misinform you when it comes to things like protein shake. Don’t expect to convince anyone, just let your body do the talking.

People will also tell you that you must be obsessed or addicted in order to work out as much as you do. They get concerned that you probably have body dysmorphia and that you must be essential anorexic to behave this way. They’re ignoring the fact that you probably are just dedicated to an outcome and know the road you need to travel to get there. They are also probably oblivious to the fact that pretty much everyone is obsessed with something, and it’s better to be addicted to something healthy than it is to be addicted to cake.

The other concern that people will have is that you’re missing out on the fun of… just lying there eating cake. When you turn down desert because you’re trying to stay lean they’ll look at you like a loser, and when you say you’re going to the gym on Sunday they will laugh.

Really this comes down to people liking people who make them feel better about themselves. In other words, they want you to eat all the cake and to get drunk every night because it will seemingly excuse their own behaviour. Again, you’re just going to have to be fine with that and carry on despite the animosity you generate.

And what makes this harder still is that people will try to tempt you away from the gym or protein shake by telling you to skip your workout or ‘loosen up’. It’s fine to loosen up sometimes, but do it on your terms.

A lot of people are also going to tell you that you’re ‘too big’ and that it ‘looks disgusting’. Recently I was featured in a national newspaper due to my working out. You’d think this would be a cause for celebration, so I sent a copy to my grandma. Apparently she saw ‘all those lumps’ on my body and cried. This is pretty much a typical reaction and it’s why it’s very important that you get into great shape for you and no one else. I do it to look like Superman. That is all.

And some women are going to say they don’t like your muscles either. So if you’re getting super strong for women you should prepare for this reaction. But just remember that for every woman who goes ‘ewww’ (but is still fascinated) you are going to find five more who can’t take their eyes off of you because of it. I’ve never been particularly successful with the ladies, but after winning a bodybuilding competition in my teens I had groupies. Can’t be all that disgusting then…

How to Stay Strong

For all these reasons, bodybuilding – and even just getting into shape – can sometimes be a very lonely experience. Don’t expect people to admit to being impressed when you flex your biceps, and don’t expect it to win you any friends. Sure there are lots of positives to being in great shape (the amount of respect you get from complete strangers being a great one for instance), but just be ready to feel a little bit like an outcast some of the time due to your choice of lifestyle.

The solution is to stay focussed on your own goals and to strive towards them for you instead of for anyone else. And if you’re looking for a little support and camaraderie, find yourself a gym buddy. It’s a lonely road, but so are many of the paths that lead to greatness!