If you have ever felt tempted by using anabolic steroids in order to build stronger muscle and burn more fat but didn’t like the idea of using an illegal and potentially dangerous substance, then you might have considered turning to prohormones instead. Prohormones offer an alternative to steroids that are legal in some cases and in some countries and that appear to carry fewer risks. But what precisely are they, and are they really that much safer than steroids?

Steroids vs Testosterone Boosters vs Prohormones 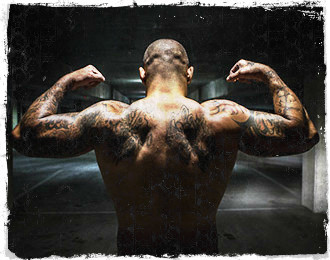 When it comes to prohormones, testosterone boosters and steroids there is a lot of confusion regarding what each is and how they differ. This can lead to some drastic mistakes, so let’s make certain we have everything clear first…

Steroids: Anabolic steroids are synthetic compounds designed to ‘resemble’ testosterone. Specifically this means they will bind to the androgen receptors in the same way, which leads to the same anabolic effects. This then increase the body’s ability to build muscle and burn fat, as well as increasing fertility and aggression. Unfortunately, it can also lead to some dangerous side effects as the body starts producing less testosterone of its own in order to try and redress the balance, and as it sometimes also increases production of oestrogen leading to the development of secondary sex characteristics. Apart from being illegal, steroids bring the risk of many side effects including acne, hair loss, mood disorders, impotence and many more. Steroids can lead to huge advances in strength and muscle gain, but it is still necessary to use the correct training techniques and diet in conjunction with that.

Testosterone Boosters: Testosterone boosters are supplements that act to simply stimulate the body to increase its own production of testosterone. These include such things as ‘tribulus terrestris’ and ‘tongkat ali’ which are herbs that have been found to somewhat increase testosterone levels when taken orally. Another example would be ZMA, which is a blend of zinc and magnesium that leads to increased levels of testosterone.

Because testosterone boosters encourage the body to make more of the hormones on its own, this means that they don’t lead to tolerance or anywhere near the side effects. That said though, they are also considerably less effective. For most people below the age of 40, you are unlikely to see any major effects at all – less so in fact than you might simply by changing your diet and lifestyle.

Prohormones: Prohormones on the other hand are somewhere between steroids and boosters. These are compounds that act as chemical precursors to hormones and steroids. In other words, they contain the ‘bits’ that the body needs in order to create those steroids itself. In the case of bodybuilders, this usually means precursors to testosterone.

Prohormones are generally somewhat milder in their effect than directly taking steroids and thus they result slightly lesser results with slightly lowered risks. That said, they can still lead to enhanced lean muscle and strength and do still carry most of the same risks. In particular it is highly important to avoid taking them if you are under the age of 19, in which case you can risk permanently damaging your endocrine system.

In 2004, President Bush signed an act known as the ‘Anabolic Steroid Control Act’ which made both anabolic steroids and prohormones illegal. Much of the world followed suit and also banned their prohormones.

However, the 2004 ban only includes certain prohormones and a few slipped through the net via loopholes. Generally these are precursors to ‘methylated’ steroids – these include substances such as Epistane (sold as Havoc), superdrol and masterdrol. Note however that methylated steroids are particularly hard on the liver and may lead to damage. You should also bear in mind that when using methylated steroids and prohormones, the strain on your liver is such that you should avoid alcohol. As alcohol prevents protein synthesis this also somewhat negates the benefits of a prohormone in the first place. It’s also more than likely that these substances won’t be legal for very long.

As mentioned, prohormones also bring many of the same potential side effects as steroids, which can include impaired natural testosterone production. Thus if you intend to use a prohormone, it’s also recommended that you use a ‘PCT’ or ‘Post Cycle Therapy’. This is basically further hormone manipulation with the aim of restoring testosterone levels to normal. Large amounts of ‘exogenous’ (produced outside of the body) testosterone, result in the shutdown of your natural production and thus you need to get your hormones back in order. Substances like Tamoxifen can help with this, but note that it is not an exact science. The fact that you even need subsequent therapy should be considered a warning sign and deterrent.

It’s also worth noting that prohormones do show up in drugs tests and will suggest the use of anabolic steroids.

Conclusion: Prohormones – Not a Safe Alternative to Steroids

In conclusion then, prohormones should not be considered to be a ‘safe alternative’ to steroids. In fact, using prohormones is even in some ways worse than using steroids as the methylated nature means they are often harder on the liver. The benefits are also less pronounced, so really you end up putting your liver and your natural testosterone production at risk for no good reason.

Unless you a professional bodybuilder, there’s very little chance that you will have reached the maximum you’re capable of without these kinds of supplements. So instead of using potentially dangerous prohormones to try and increase muscle mass, just try increasing your protein intake and the intensity and efficiency of your workouts. It’s a no-brainer really!