Forskolin is another of the many natural supplements being touted for a myriad of miraculous health benefits. This one comes from the coleus forskohlii plant in India and as with so many of these herbal panaceas, it’s another that has been in use as a part of traditional medicine for thousands of years.

So forskolin is very much keeping tradition with all the other superfoods, herbs and spices that we’re so often being recommended. The only question that remains is whether or not it works – one thing that’s a little less consistent across the board with this kind of thing.

Forskolin has a number of different uses and is recommended for everything from weight loss to mood management. Weight loss seems to be the most common usage though, so let’s focus on that first. What do we know about weight loss using forskolin?

The main mechanism of action here is through an increase in cAMP or cyclic adenosine monophosphate. This in turn increases CREB or ‘cAMP Response Element Binding Protein’.

It’s all a bit complicated but ultimately what you need to know is that cAMP and CREB together regulate the way that the cell responds to hormones produced by the hypothalamus and pituitary gland. This seems to increase cellular energy and metabolism and thereby accelerate fat loss and increase energy levels – without affecting muscle mass. 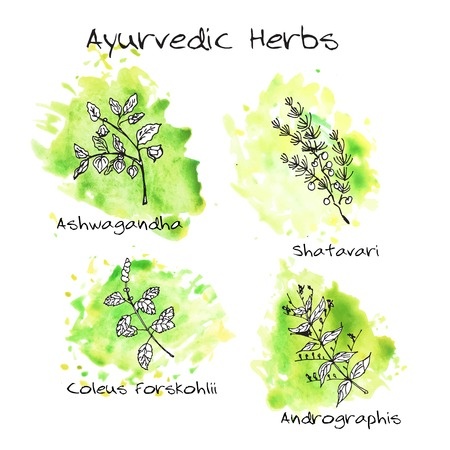 In theory then, forskolin can aid with weight loss by increasing the metabolism and fat burning specifically. Two studies appear to back this up as well (1, 2).

Or at least, we’re often shown these studies as encouragement by people who want us to order large quantities of forskolin. When you look at them a little more closely though, they’re not particularly convincing.

The first study for instance only looked at a total of 30 men (15 taking forskolin, 15 in a control group) and only lasted 12 weeks, so the positive results found here might well have been fluke. The second study was conducted on 23 overweight women and showed no increase in weight loss. The conclusion drawn by the researches was the forskolin may protect against weight gain. That’s quite a different story and it’s important not to get your wires crossed on this one!

Does this mean that you shouldn’t use forskolin for weight loss? Not necessarily, it might well work. All it means is that the evidence supporting its effectiveness is very minimal and it’s important to keep these details in mind when assessing the usefulness of the product.

Another concern is that the amount of forskolin in most supplements is potentially too small to have significant levels (3). The effects of forskolin on cAMP were largely observed in rats, which of course are far smaller than humans (then again, extrapolating dosages is more complex than merely increasing the quantities while retaining the same ratios). It is argued by some, that if forskolin were to act the way it is advertised to, the effects would be far more reaching and noticeable than is generally reported.

It Gets More Interesting

That said though, forskolin does get a little more interesting when you look more closely.

For starters, that first study also showed that the men in the forskolin group showed significant increase in free testosterone levels. That could definitely explain the increase in muscle mass and weight loss and it would also potentially have a lot of other benefits – such as enhanced muscle hypertrophy, better mood, better sleep, more drive, better sexual performance etc. That said, it could also potentially be dangerous in women, so this is certainly an area that warrants further investigation.

cAMP appears to affect dopamine levels too, which is useful for concentration, motivation and learning. More interestingly still, is that CREB is a cellular transcription factor that is thought to play a role in the formation and strengthening of new neural connections.

It’s for this last reason forskolin is used as one of the key ingredients in ‘CILTeP’, which is a nootropic compound used to improve neuroplasticity and long term potentiation, thereby enhancing learning and concentration (CILTeP does use several other ingredients as well though and it’s not clear whether it works as advertised itself either). It’s also worth noting though that cAMP increases amounts of acetylcholinesterase. This is an enzyme that destroys one of the key neurotransmitters (acetylcholine) and that actually may cause brain fog and tiredness.

At the very least, something we can say about forskolin is that it does work as a vasodilator. This means that it can help to widen the blood vessels, thereby encouraging the free flow of oxygen and blood around the veins, to the muscles and to the brain. This can have a number of positive health benefits but there are many other, cheaper supplements that do the same thing – such as garlic extract.

Overall then, it’s fair to say that forskolin is definitely interesting but at this point in time there is nowhere near enough evidence to be able to recommend it as an addition to your current regime.