There are tons of different factors that can end up influencing the effectiveness of any given training program. Your metabolism makes a big impact for example, as does the amount of effort you put into the program and what your diet looks like while you’re training. Even the quality of your sleep can influence your muscle growth and fat loss.

But something that often gets overlooked is the time of day that you train. And this might just be a mistake, seeing as this can actually affect your training in a number of different ways. Read on to find out what those ways are and how you can make sure that you’re training during the right time of day to best accomplish your goals.

Why Time of Day Has an Impact 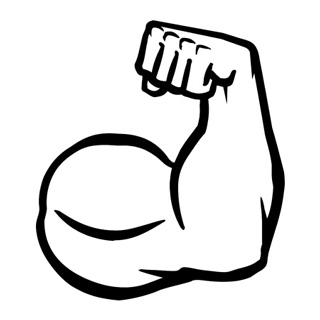 The first question you might reasonably have, is precisely how the time of day can impact on your training in the first place. Surely it doesn’t matter what time you’re training, as long as you’re training?

It actually comes down to a number of things. Specifically:

You can’t judge a training program in isolation. Instead, it needs to be considered in the broader context of your routine and body.

Train in the Morning to Lose Weight

A good example of this can be seen when training in the morning – which is actually the ideal time to try and lose weight.

If you train first thing in the morning – before breakfast – you’ll be training during a point in time when you’ll have no sugar in your blood as a result of ‘fasting’ during your sleep. This is sometimes referred to as ‘fasted cardio’ and what happens here is that the body is forced to look to other sources in order to get the energy it needs. Specifically, that means your body will burn fat for fuel because it will have nowhere else to get it from! Studies suggest that fasted cardio can actually be more effective when it comes to burning calories, though the jury is out as other research has contradicted this idea (1).

During the morning, we also produce more cortisol and nitric oxide. Both of these chemicals play a role in helping us to wake up first thing in the morning and can at the same time help us to burn fat faster.

Another benefit of training in the morning is that this is the time of day when you’ll actually be the most likely to stick to your training program. The reason for this is that we are actually more disciplined at the start of the day when we have more mental energy. Willpower actually requires mental energy and this is finite in quantity. Just as you can experience ‘decision fatigue’ after a long day of making decisions, we also become less disciplined as the day draws on. We even become less moral as the day drags on! (2)

In other words, if you train first thing in the morning, you’ll actually be more likely to stick to your program and less likely to succumb to tempting alternative activities (like hitting snooze).

Finally, if you train first thing in the morning, this means that you may see greater fat burning during the rest of the day. This is because you’ll have increased your heart rate and removed blood sugar early on, so that subsequent activity may be more likely to burn fat.

One note though: make sure that you leave at least 10 minutes after waking before you start to train. If you go straight from lying down to doing press ups, then you’ll risk injuring your spine which will have become softer during the night while you slept. Sleep inertia could also potentially lead to an increased likelihood of injury.

If you’re lifting weights on the other hand and your goal is to build muscle, it may actually make more sense to train later in the day. The reason for this is that training later in the day means you’ll be training with more nutrients available to your body.

There is a lot of advice available online when it comes to pre, peri and post workout nutrition. All of this advice is focussed on the fact that the body needs various different nutrients in order to perform optimally in the gym and to build the maximum muscle.

Carbohydrates for example are useful for providing energy and this helps us to train harder. Likewise, the body uses amino acids to rebuild muscle and this occurs especially following training during which time we will have heightened levels of anabolic hormones in our body as a response to lifting weights. This is called the ‘anabolic window’ and it’s important to make sure that you have amino acids already in the bloodstream in order to maximize the benefits of your training.

Peri-workout (mid-workout) nutrition is often designed to prevent the breakdown of muscle. And BCAAs among other things can be very useful for this purpose.

But more effective than using supplements immediately surrounding your workouts is simply to ensure that all those nutrients are already in your bloodstream. And one of the best ways to do that is to train in the afternoon, at which point you should be well-fed.

In fact, it may even be useful to take this idea to its extreme. YouTube personality Rich Piana for instance recommends training last thing at night before going to sleep. The logic behind this is that we’re actually at our most anabolic when we sleep – this is when the body repairs damage caused in the day and when we grow as children. Thus we produce a lot of testosterone and growth hormone during this time. Therefore, if you allow metabolites to build up in the muscles, it should follow that you can encourage extra growth in those areas.

This isn’t something that has been tested but it’s becoming more popular. If you’re going to try it though, then make sure to train with a slow tempo to avoid raising your heart rate (which may actually impair your sleep and thus have the opposite effect). At the same time try to focus on slow eccentrics, which have been shown to be highly effective at encouraging hypertrophy and hormone release.

Finally, be sure to consume a source of protein. Ideally, pick a slow-release protein such as casein that will be released into the bloodstream while you’re sleeping.

The Worst Times of Day to Train

Everyone is different and everyone will find different techniques that work for them. What’s more is that everyone has a different schedule and a different routine. If you find you are always tired at a specific time of day, then you should avoid that time whatever the experts say!

But there are probably also some universally ‘bad’ times of day to train. One example is 4pm. 4pm and 4am are the two times of day where our metabolism slows down and our body temperature drops. Many of us will find that we sleep our deepest at 4am in the evening and if you’re going to have an afternoon ‘slump’ then that is most likely to occur at around 4am.

Another universally bad idea is to train straight after you’ve eaten. This is a sure fire way to give yourself acid reflux and potentially more severe indigestion!